Breaking News! Twerking is Set to Become Olympic Sport in 2024! 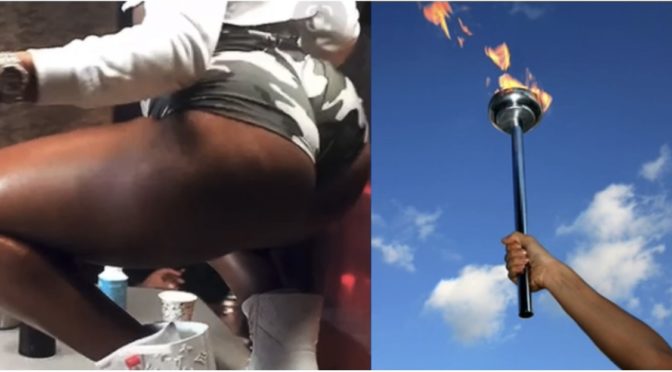 Get ready to see some vigorous dancing on your TV screens as Twerking is set to become an Olympic sport in 2024! The news was announced this Friday by the committee which oversees all aspects of the Olympic Games and is in charge of deciding which sports will or won’t be included. Of the organization’s 99 members, many are former athletes or current leaders in athletics who come from all over the world, according to the website. It’s also in charge of deciding what criteria must be met in order for a sport to be included. For those who don’t know, Twerking is a dance move, which consists of squatting and thrusting your hips. It can also be referred to as “booty shaking.” The word was derived from merging the terms “twist” and “jerk.”

In a statement, one member from the committee explained that many celebrities and public figures have been seen twerking, and she was amazed by rapper Megan Thee Stallion and her twerking techniques. However, another committee member pointed out that the soon-to-be sport is a worldwide thing, noting that Jamaican artist Spice has shown great examples of the dance.

“During the games, contestants will have to show how the cheeks of their glutes hit every rhythm to a song while creating unique movements simultaneously; a skill that not everyone can successfully achieve,” said committee members Margret and Antonette Willis. Although the rounds are still being created, members shared that for the first round in 2024, contestants will have to dance to a remix of the song “April Fools,” played by new artist Gotchya.

We, if the women are already doing it on Social Media, why not make it a sport. Lot of peopoe are going to watch because men and women like to see women shake their Groove Thing.

Comment by vaughn mitchell on April 9, 2022 at 11:24pm
That has to be a joke. Lmao, every stripper in strip clubs in the U.S. will be participating. You know all those Jamaican dancehall women will be participating. Damn, the Olympics just went hood, with pure ratchet ness. I want to see the commentators commenting on it. Cardi B, Megan the stallion, Lady Saw, is coming out of retirement.

Lol the Olympic is getting that desperate, it's bad enough young girls on twerking online for attention, older women are twerking in those dirty apartments hoping to get a man now you're going to make it a thing, well the Africans will win it anyway, that is their natural dance