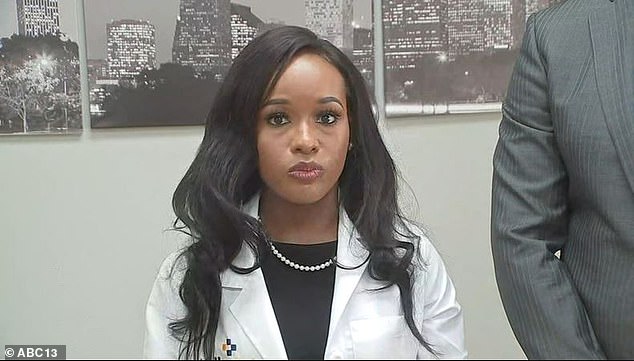 A black doctor filed a lawsuit against JPMorgan Chase Bank after she said employees at a branch in Houston discriminated against her and denied her service because of her race.

Dr. Malika Mitchell-Stewart, who had just started working with the Valley Oaks Medical Group in Houston, said she tried depositing her first paycheck for $16,000 last December at the bank. But she was met with skepticism as employees questioned the validity of her check and her job.

According to the lawsuit filed Wednesday against the bank and two employees, the bank employees 'immediately treated her like a criminal' when Mitchell-Stewart walked into the First Colony Branch in Sugar Land, Texas.

'It was an unfortunate situation. They took my special moment away,' Mitchell-Stewart told ABC 13. 'I felt like a criminal. I've never done anything wrong.'

Dr. Malika Mitchell-Stewart filed a lawsuit against JP Morgan Chase after employees at a Houston branch questioned her $16,000 paycheck and refused her service 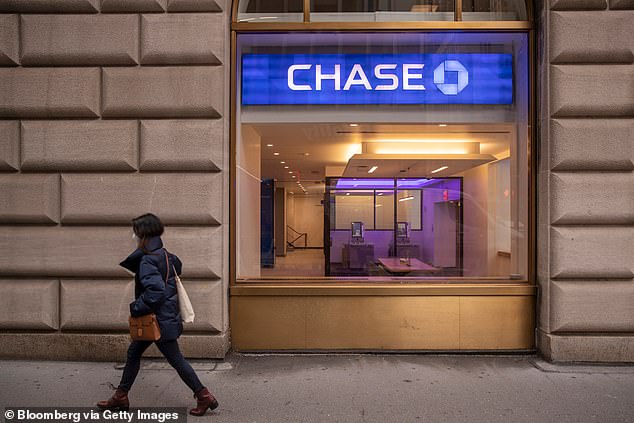 Mitchell-Stewart said her elation at becoming a medical professional was crushed by the actions of the banking employees, who she said hounded her with questions about her age, job and even asked for contact information for people who would vouch for her identity.

'They didn't respect anything. I shouldn't have even been asked so many questions about my age, what I did for a living, just to open an account at Chase,' Mitchell-Stewart said.

Her attorney, Justin Moore added: 'Dr. Mitchell-Stewart showed proof of identification. She showed proof that she was a doctor by presenting a business card. She even called employees from her medical group to confirm who she was.' 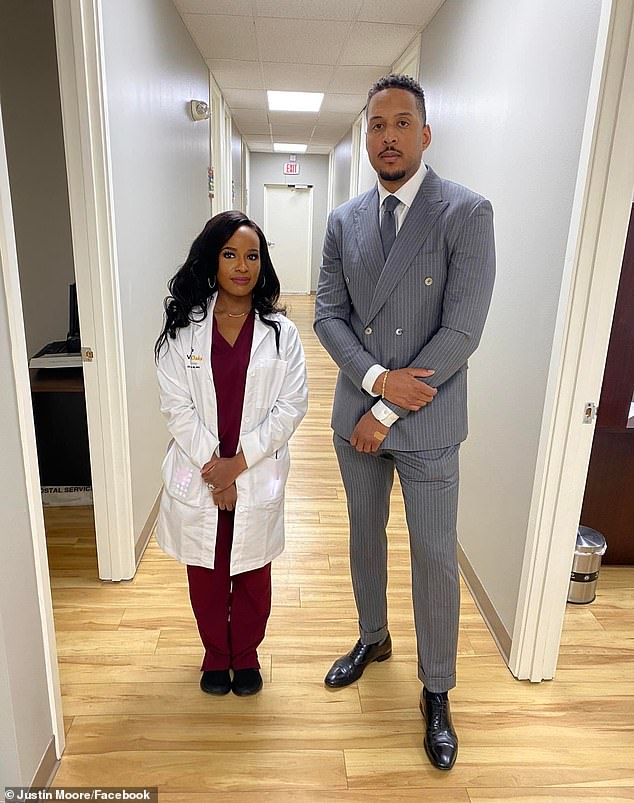 Mitchell-Stewart (left) said she hasn't done anything wrong and that her joy over her new job had been shattered by the incident. Her attorney, Justin Moore (right) condemned the bank for their alleged actions against the doctor

In a following statement, Moore condemned the action of the Chase Bank employees but said the discrimination Mitchell-Stewart faced was nothing new.

'For a black female physician to be treated this way by Chase is a devastating reminder that no matter how hard we try and how far we climb, major corporations in this country still view us as if we are nothing.'

JPMorgan Chase said in a statement that the company is 'investigating the situation' and apologized for what Mitchell-Stewart went through.

'We take this matter very seriously,' the company said. 'We have reached out to Dr. Mitchell-Stewart to better understand what happened and apologize for her experience.'

Awful situation, hope she wins the trial. I had some issues with Chase Bank, too, but I managed to solve all of them just via these https://chase-bank.pissedconsumer.com/customer-service.html customer support contacts. Reading news like this is rather frustrating.

Being bold is not a crime..

Sterlin Williams can you help me out, who exactly are the brown people? Since lately as soon as a black person open their mouth the call out brown people, if you're talking about back in the days, growing up when my folks took me to rallies they used to change black power, where were those brown people youre talking about? Please a little help

Comment by mr1stroke on February 5, 2022 at 10:33pm
Cory unless youre living under a rock you will need to expose them, who out there doing business dont know about JP Morgan, they have been sued by the federal government for discrimination against blacks, by not promoting, hiring or have any on their board, JP Morgan made a deal with the government to give millions of dollars to less fortunate community.

The problem why negros are still complaining about those white institution is because you don't demand equality, you are so impress with the dollars so they throw it at you so you can shut up, but none of you have ever demand for them to change their policies, just like every one so happy like a bunch of slaves crying put, sue them, sue them, but nothing will change

Comment by mr1stroke on February 5, 2022 at 10:27pm
I like when negros are so in favor of suing but can't change anything, well let see after she sue them what will change, how many of those banks or any other businesses have been sued for discrimination but still in business more than ever? The money they will give her is already a tac write off under legal expenses, well some of you are so educated in sure you already know that, or may be one of you can come up with a solution that brings change to nonsense like that,

wow, unbelievable, yes go for the juggernaut, this is the ultimate in racial discrimination. I feel you pain I am in full empathy with you. Why go to another Bank, we need to EXPOSED THESE PEOPLE!!!!

Comment by vaughn mitchell on February 5, 2022 at 8:35pm
Sue them, get paid, damn stupid racist. @ Tyrone, why should she have to find another bank? What if another bank is in further distance? It's call racism, sue their ass. They would not do that to a Jewish, white or Asian person.

It pains me as a senior citizen to see this disparate treatment of brown and black people continue after the sacrifices of so many people during the civil rights era of the 50s, 60s, & 70s. It points out we need our businesses and institutions because we are not welcome to mainstream ones.

Why not just walk out and find another bank?  I just don't get our people.  We're always asking and begging these racist bastards to be their friends and their approval.

Comment by mr1stroke on February 5, 2022 at 2:25am
And by the way, chase must of been real important to her or the only bank in the state to even go the extra miles to call co workers or colleagues to validate her identity, like who does that, and when the last tim in 2022 some one has to do all that to open a bank account, and people are complaining about laws where they required to show id for voting, if you ask me many are confuse, if it was me I would walk to another bank and still file a lawsuit, in fact I have yet to loss a lawsuit in term of discrimination, wake up you idiots, white people will not change and they conditioned every one around them to discriminate against blacks, even the sell out negros will be the first to give you hard time, forget about the hispanics who wants to be white and indians and Asians, take their money and try not to do business with them, its that simple.