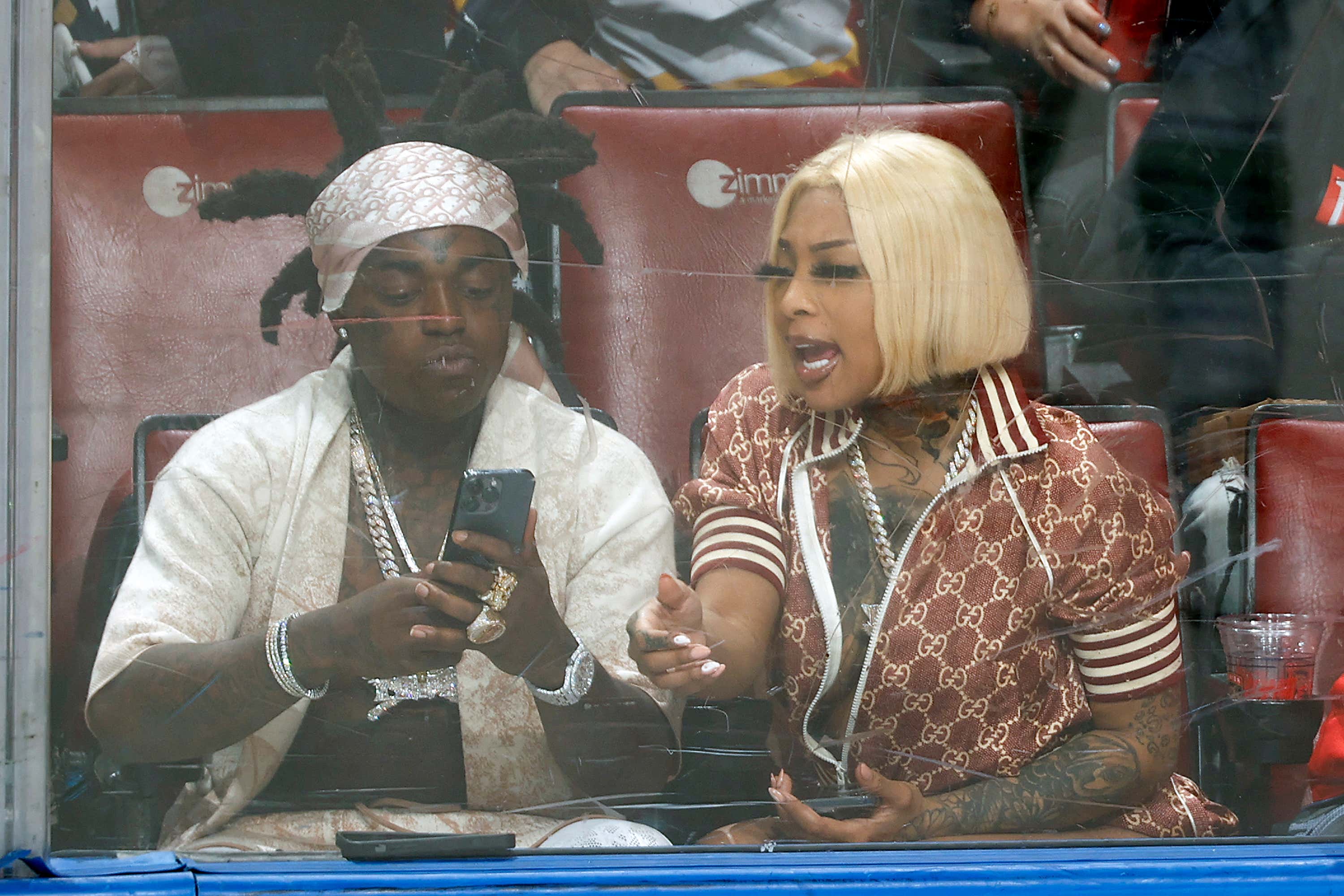 Kodak Black seated next to his sex and/or dirty dancin’ companion at Florida Panthers game in Sunrise, Fla. Jan. 11, 2022

The NHL was thrilled to have Kodak Black attend Tuesday night’s game between his hometown Florida Panthers and Vancouver Canucks.

The league even tweeted out pictures of the rapper from his seats near the ice at FLA Live Arena, and he was shown on the center ice scoreboard several times during the second period. 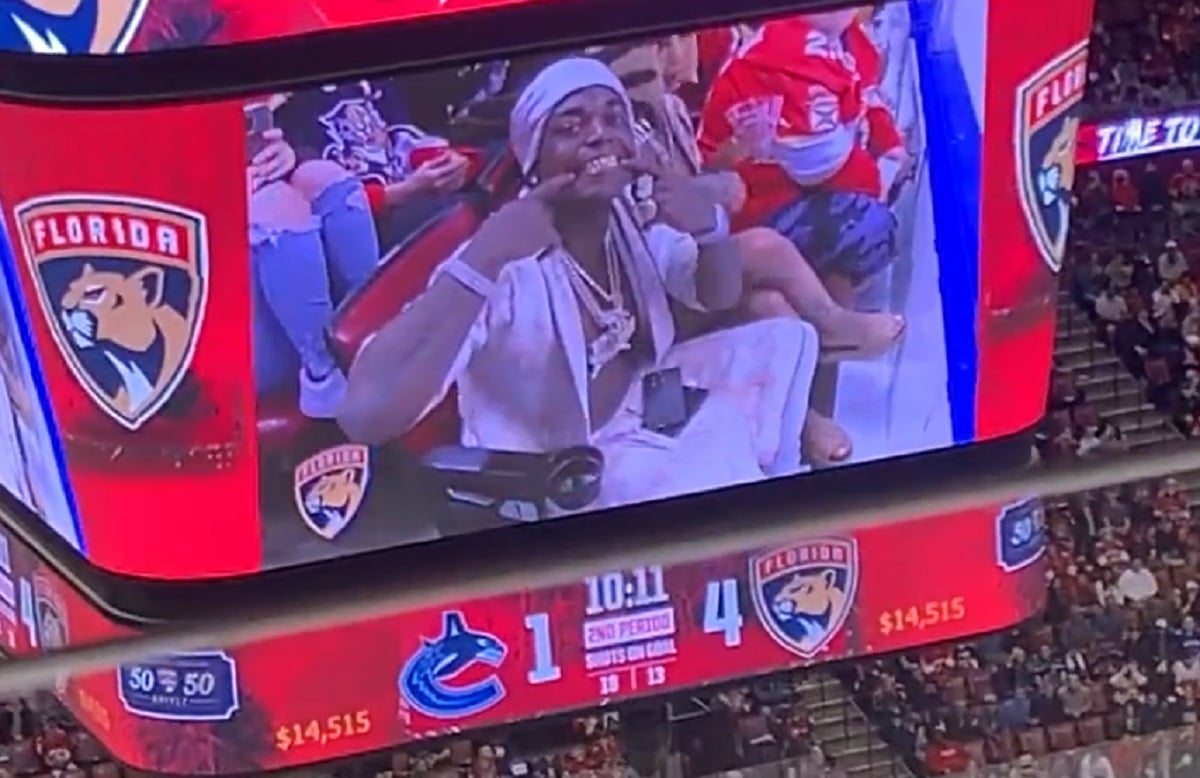 At some point, he was moved up to a luxury box. That’s when Twitter user and Panthers season ticket holder @David954Fla, who was filming the luxury suites, captured Kodak Black appearing to have sex with a woman.

But wait. An alternate angle of the act has surfaced, and it appears as if it might just be some dirty twerking … at least when this quick clip was filmed.

Word on the street is that Kodak thought the luxury suite windows were tinted and folks couldn’t see inside. Also, several outlets have reported that Black’s suite was next door to the Florida Panthers management team, with GM Bill Zito and Robert Luongo seen in the video.

Florida won 5-2, in case anyone cares.

Video of rapper Kodak Black getting intimate with a woman in a luxury suite at the Florida Panthers game has gone viral on social media, leading many to believe that they were engaging in sexual activity.

Comment by vaughn mitchell on Wednesday
F****** or not one ugly ass lowlife ratchet. Ask for the chick, any thing to push out a so call rap career, I guess when education fall why not try rapping.