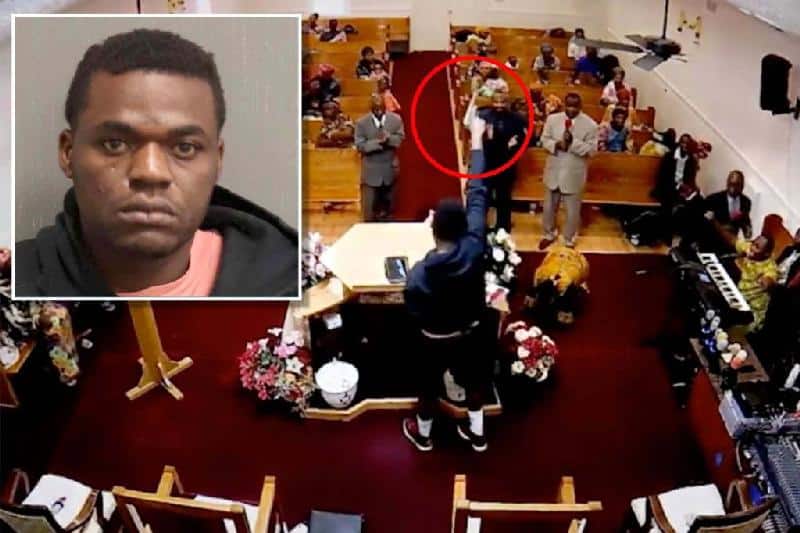 A pastor prevented a possible mass shooting when he tackled a gunman during a Sunday church service.⁠
⁠

During a Nashville LightMission Pentecostal Church service, the mostly Black congregation was enjoying the word while 26-year-old Dezire Baganda sat towards the front of the sanctuary.

Baganda pulled out a gun for no apparent reason and walked up to the altar where Pastor Ezekiel Ndikumana was praying with church members. The deranged man waved the gun around and demanded the congregation stand up as he pointed the weapon at them.⁠
⁠
In a swift decision, Ndikumana tackled the suspect, bringing him to the floor. Some worshippers fled the church, while others helped disarm the man and held him there until the police arrived. Thankfully, no one was injured. Ndikumana revealed that Baganda had attended several church services, though he was not a member. It is unclear what his motive was for threatening the congregation.⁠
⁠
Nzojibugami Noe, a choir singer who was in the front row when the incident unfolded, credits God for “taking care of me and everyone else in the building.”

(Scroll down below the IG post to WATCH video of the incident.)

Below is video of the incident at the Nashville Light Mission Pentecostal Church.

As of Tuesday (11/09/21), Dezire Baganda remained jailed in Davidson County on a $375,000 bond. He is set to appear before a judge Wednesday, court records show. His bond amount was expected to increase.Dezire Baganda

Comment by vaughn mitchell on November 17, 2021 at 10:23pm
Damn punk, goes to a black church waving, a gun prison is waiting for his ass. The pastor is no joke, others ran, like a deer. They should have whipped his ass, in the house of God. White church members bring guns to church. Black church better wake up, the members need to start bringing a gun to church. The next punk might not be waving a gun.

They should of shot him with his own gun, give him a slow death, he so gangsta why dont he walked to another gangs meeting and attack them, p**** with a gun

Thanks for the sharing. This is my first time visiting your blog. Really I like your Blog. Keep doing more like this.

Put all the money in the plate!