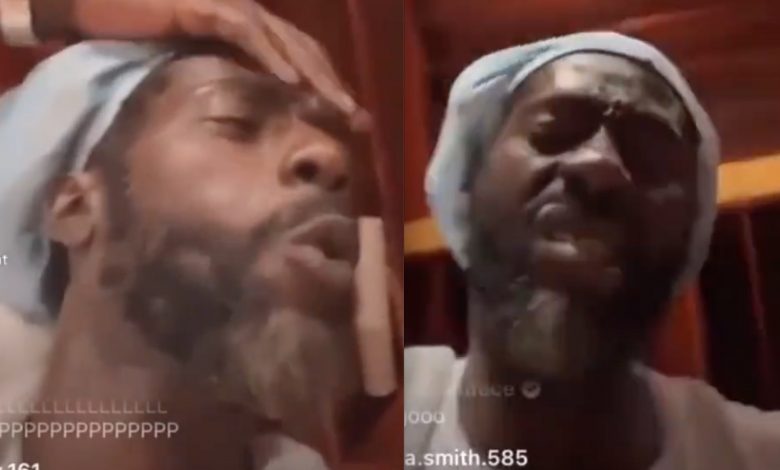 Veteran Reggae singer Buju Banton is not a stranger to speaking out against things happening in society that he does not like, and he did just that again in a recent video that went viral as he addressed a wide spectrum of concerns.

One thing Buju highlighted was that most of his friends are dying from what is going on, while some are getting sick, however in contrast the veteran artiste said his father is almost 80 years old and still is strong, which makes him wonder what is happening to the people, while also speaking to them choosing vanity over all else.

Banton went on in his fiery warnings to state that everything they do to the people is wrong which shows in the fact that they are taking away the Sabbath from the people and forcing them to worship on Sunday, having them live a cyclical life where they eat, sleep, work and are tired by the end of the week.

With all that being said, Buju expressed that he has been fighting for his people since he got his blessing at age 19, never bowing out like others who he loved as entertainers that chose to sell out everything including their souls. The veteran Reggae singer even referred to persons using the mark of the beast as their hand signs, to show the route of evil they have taken with their lives.

The “Upside Down” artiste then went on to express that he is not an entertainer because those classified as such are clowns, and he would rather see himself as a singer and player of instrument as the Bible said.

The point Banton made about entertainers bowing out, is quite interesting since the “Gaza Boss” Vybz Kartel is one of those prominent Jamaican artiste who was known to be loved by Buju, and who recently decided to take the Jab and went on to bash other entertainers as being uneducated when they gave their opinions against the vaccine.

Continuing with his talk, the popular singjay blasted the Government, the Police and the Tv for tricking the people and not exposing them to the truth, as they are only pushing one narrative which by his talk, is safe to assume he is referring to the vaccine as he went on to state that people are now getting rejected from restaurants which forces them to learn to cook, however, the singer said many people are not prepared for what is to come as many of them do not even know how to farm.

In further speaking out against the unrighteousness he is seeing, Buju went on to ask about the kind of plans that people have in place for the times that we are in, which sees the adversaries wanting to take away the feeling of God from the people.

He was not done with talks surrounding the pandemic either, as he went on to state that more people are dying from crime in the country than the virus, expressing that each lockdown spurs a murder spree.

The singer also spoke of the president of the United Independent Congress, asking who is backing him since he saw no one defending him when he got locked up for the anti-vaccination protest he led out.

Banton ensured he made it known in the video that the people now have a choice with the independent party, however, he highlighted that some people will forever stick to the two-party system no matter what but it is important that they realize they have a choice and not lose faith and hope in a time where parents and grandparents prophesied would come.

Watch his chat below.

In an emotional bout, the “Gargamel” continued by stating that it is the children who he is sorry for since they are the saints that have been exposed to nastiness by the people.
In the video, the “Gargamel” stated that the people can call him anything they like but he knows for sure that he is not a cokehead and murderer. He then went on to say that some may have it that he is a mad man however, the singer thinks it is the people who are mad, with the things happening to them in the country.

This is a really very good blog. I really thankful to you for share this kind of blog with us.

Becareful, the pastors who are paid by the government are being pressure to force that vaccine down their congregassion throat, do they know what faith is since they never read or understand their bible, this is the time of testing and recruit for the devil, he is feeling him self, do you see how loud people like Biden and Deblasio sound when they tell people to take that vaccine, you can hear the devil out of them, they get extra upset, and proud when people ran and took that vaccine when their job wqs being threaten, the devil is forming is army well for a war he will not win, let the idiots burn with him, Mark of the beast

All I can say brothers and sisters, if you take this vaccine it will be your own death you have signed up for.  I strongly believe one must have faith.  So if your job tells you to take the vaccine or get fired, then hey get fired.  For all the so called Christians, check the fact that all the disciples and apostles, were all murdered for what they believed.  You have to stand for something or fall for anything.  They taking all the jobs away anyway, so what's the point in taking a vaccine then loosing the job anyway.

And to all the niggers who live in NY who comes on here running their mouth, we know you take the vaccine, you have no choice, what happen to your belief, I guess it's no longer important huh, I told you niggers I make you speak so I can expose you, I know you're not that strong, you have to take that vaccine in order to survive, you have been conditioned to rely on the white men you are not prepare for this, you didn't see it coming, many of you laughed at me and called me crazy when I told you about the pandemic and this vaccine scam, so far your government cannot force me, I am my own boss with the blessing of God, and I have been saving petty cash since 2010 in case I can't get to the bank, now can you say the same?

All those artists who supports the vaccine know they are not that strong, they dont have a ground to stand on, those are the same one as soon as they speak their mind the white men and the gay community have them apologise, the white men got them by the balls

Nicki Minaj speaks her mind about the vaccine they are trying to destroy her, Abc pulled a stunt of a false corona infection to save the democrats of the embarrassment of that dumb negro vice president, no one says nothing, no one protest or boycott, ABC is still on the air without a fine, no one ask their selves why whoopi was not there, she is the sell out female negro of Steve Harvey, its about her check, she did not want the backlash from the public of why she didn't back up sunny, and she had to protect her check, niggers can be bought for a dollar. They are not that expensive and the white men know best

Rastafari! I give thanks Idren!