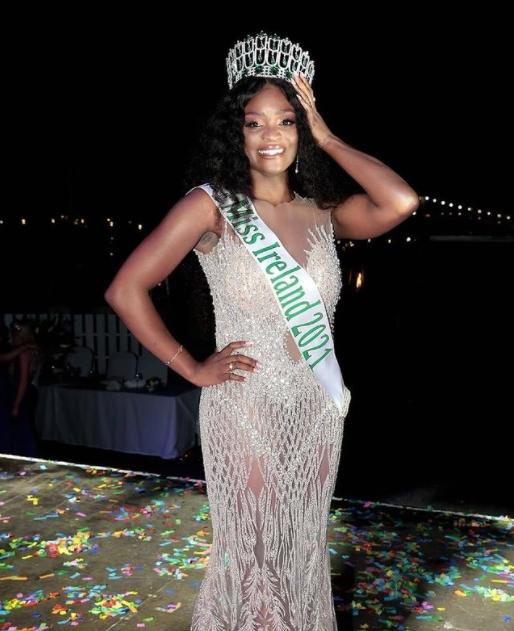 Black women are winning all over the globe—most recently in Ireland where a gorgeous sista was just crowned Miss Ireland in the pageant’s 74-year history!

Pamela Uba, however, is much more than a pretty face, hunny! The 26-year-old, who entered the competition as Miss Galway, is a model and a medical scientist, according to @Insider. She broke barriers as the first Black woman to be crowned Miss Ireland since the event was established in 1947, according to the pageant’s press release.

Uba also worked as a frontline worker at the University Hospital of Galway during the pandemic.

“It’s like a dream come true. Words can’t even begin to describe how I’m feeling right now, or have been feeling for the past week leading up to the final,” Uba recently wrote on her Instagram

Uba is a native of South Africa and moved to Ireland when she was 8 years old, according to the press release. At the time, she and her family came to Ireland seeking asylum from Johannesburg.

Wow.....shocking! But you are right Stephen. But, if there is someone to love, then that's what it is. Black men rich or poor are turning their backs on black women. So you can't expect women to stand on the sidelines waiting for her black prince to come along an they ain't even looking for them. Just like black men find it disgusting that black women would marry a white man. Black women feel the same way. Well I will say......most black men. I know there are some brothers out there that do love their black women and their communities.

Now she will introduce her white husband as the females chant.....you go gurl!

Comment by evolution on September 14, 2021 at 6:35am
The first settlers of Ireland were her ancestors.

Brains and beauty; you go sista.