YOU Can Now Carry Guns Publicly in Texas Without a Permit or Training⁠ – What Could Possibly Go Wrong? 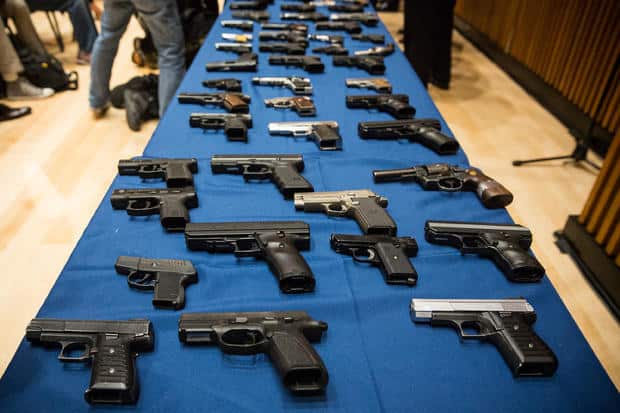 #Texans are now able to legally carry guns in public without a permit or training.⁠
⁠
Texas has just passed a gun law that would enable a person who is not trained and not licensed with a permit to publicly carry a firearm, despite the rise in gun violence incidents in the state.⁠
⁠
According to #CNN, shootings in the state have risen by 14 percent in 2021, with 3,200 more shootings than in 2020. Gun violence has increased by 50 percent in the entire country.⁠
⁠
“In Texas, repealing the permit altogether is a radical change,” said Andrew Karwoski, a policy expert at Everytown for Gun Safety. “Just allowing almost anyone to carry a handgun in public, no questions asked, no background check or safety training, is really dangerous.”⁠
⁠
Texans who are 21 years and older will be able to legally carry their guns, except for those banned from owning a firearm. While some may be happy about the move, others warn that the law may only promote even more gun violence

BLACK TEXANS make sure that you are carrying too!!! Dont get caught lacking!

Watch your asses black texans. Any excuse will do for them to shoot you and they will get away with it, know that.

This might just work when it comes to robberies and homicides because previous the assailant assumed you were not armed so they had the upper hand now if every one is armed including grandma and grandpa you no longer have an advantage.

Signs of the time to all my brothers and sisters to be ready, cause that mean open season on us period, now is Texas what state will be next?