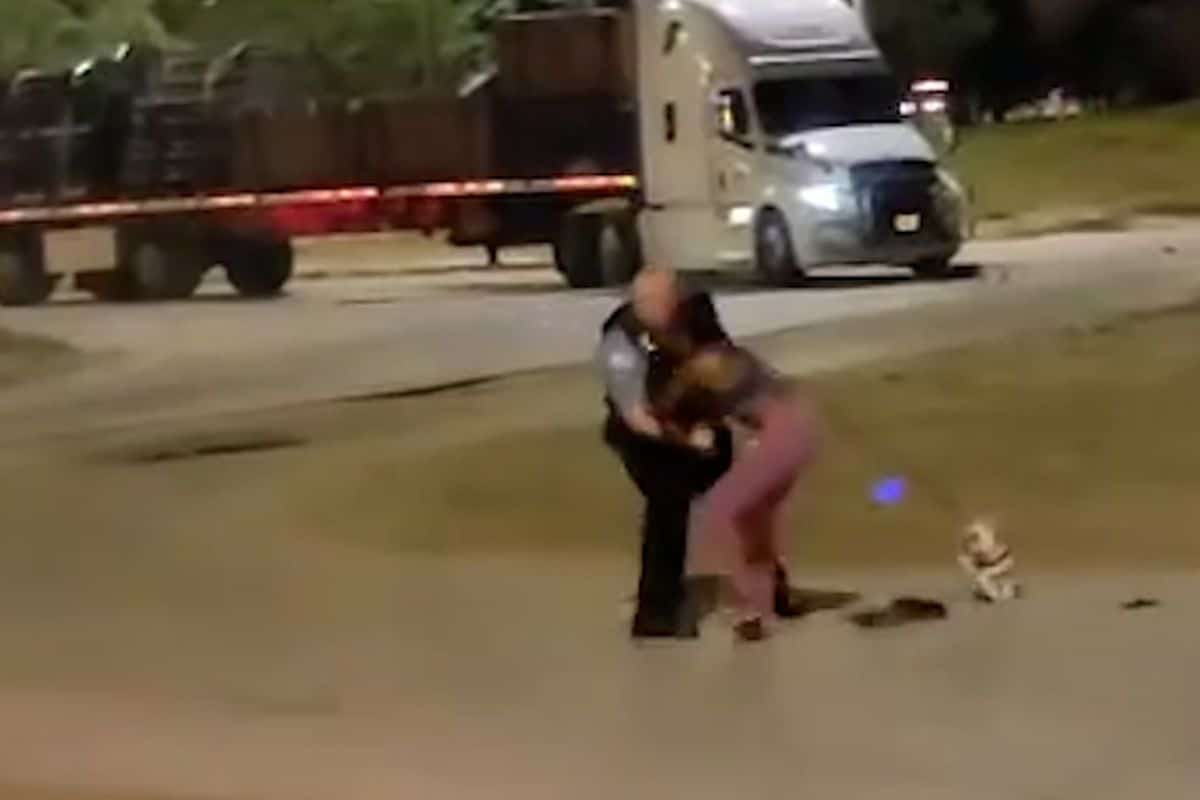 Chicago’s police oversight agency is investigating a white officer’s struggle with a Black woman who was walking her dog in a lakefront park, an encounter the woman’s attorneys allege became violent and was “an obvious case of racial profiling,” reports the Associated Press.

Chicago’s Civilian Office of Police Accountability opened its investigation Sunday of the officer’s interaction with the woman.
Mayor Lori Lightfoot said Monday she was “deeply concerned” by video of the incident that has been widely shared on social media, and Chicago’s police superintendent asked the public for patience as the incident is investigated.

A law office representing Nikkita Brown said in a statement that she was near the lakefront with her dog about 12:10 a.m. Saturday when a Chicago police officer approached her for being in the area after the park was closed. In the two-minute-long video recorded by a bystander, Brown and her dog appear to be walking away from the officer as he follows closely, and at one point Brown turns around with her phone in her hand and stops.

Moments later, the officer appears to reach for Brown’s phone and then grabs Brown, who can be heard yelling, “Let go!” as she struggles to break free.

Brown’s attorneys accused the officer of “violently” attacking their client “for absolutely no reason.”

“He attempts to tackle her, all while groping her body as she screams for help,” the attorneys say in the statement. “This unprovoked attack lasts for approximately two minutes, during this time Ms. Brown’s phone is knocked from her hands and she is knocked out of her shoes.”

When Brown is finally free, she can be seen on video picking up her phone off the ground before walking away with her dog.

Watch Brown’s footage, followed by footage taken from bystanders below:

Comment by Lizzette on September 2, 2021 at 11:02am
KARMA, AND SOME DAY IT WILL BE HIS CHILD OR WHIFE. HAD NOTHING TO DO WITH THE DOG WALK, IT'S ALL ABOUT HIS ASS BEING IN CONTROL, HOPEFULLY SHE SUE THE ISH OUT THAT TOWN AND MOVE WHERE SHE'S WANTED

This is a reason that the word numbskull was invented; this cop's behavior is an example of some of the reasons the word was invented. Some people have such inflated and uncontrolled hatred for another segmet of society, that they they grab at any opportunity to exhibit their racism; now he will hopefully lose his job, and sadly, the taxpayers of Chicago are going to pay a heavy financial price for this anthole cop behavior.

This cop is the ultimate dumbass.  Rather than focusing on real issues he's worrying about a woman walking a dog.  he engages her in a scuffle, don't arrest her, (which means there was no crime) and she walks away.  This fool will probably loose his job over a minor infraction that could have been handled differently.  What a dumbass.

Comment by Natesha Tucker on August 31, 2021 at 6:17am
U can tell by the walk he is probably a kid from some closed off town, playing cops and robbers, waiting for his chance to be the next rococo to terrorize as he was as a misfit child!

This is NOT racial profiling... This is a pervert/Dumbass in a uniform! Creepy f***** just wanted to put hands on the young lady... ewww

Comment by vaughn mitchell on August 30, 2021 at 11:03pm
And he is not wearing a mask. He wanted to get his grope on, I guess he thought no one was watching.

Comment by vaughn mitchell on August 30, 2021 at 11:00pm
Let me get this right, crime is sky high in Chicago, they just buried a cop for getting gun down by two dumb cluster f****, so they assaulted a black woman for walking her dog in a closed park, and they wonder why they have a problem with black people.