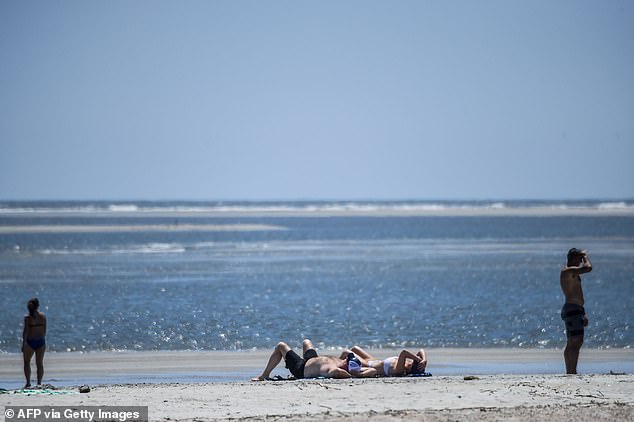 The Smoking Gun reports Christina Revels-Glick, 34, was at a beach on Tybee Island, a barrier island and small city near Savannah, around 5:30 pm on July 1, when a fellow beachgoer 'could hear her moaning.'

That's when Glick, dressed in a 'one-piece green bikini, retrieved an unknown item from her backpack,' police say.

She then 'spread her legs apart' and putting 'both of her hands in between her legs,' according to the police report. 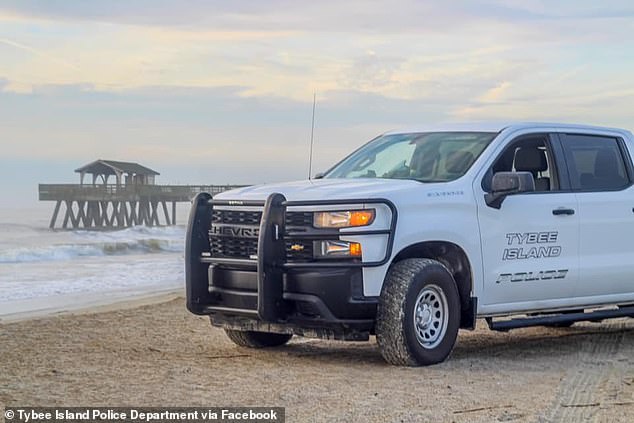 However, Sarah Moss did see her, having witnessed the act after hearing Glick moaning while covered in a towel in front of her family's tent.

Moss told police that Glick pleasured herself for about five minutes before packing her things and leaving for the nearby Deck Restaurant.

Moss provided police with video she took of the incident, which showed Glick as she did the deed before looking off to her right, as if she spotted someone coming from that direction, and quickly stopping what she was doing, according to the police report.

Cops found Glick at the Deck Restaurant, where she was arrested.

Police said Glick apologized while being booked for indecent exposure and disorderly conduct, telling officers that she didn't think anyone had seen her because 'it only took 20 seconds for her to orgasm.'

The incident occurred at Tybee Island (pictured) in Georgia

She was released shortly after her arrest on subpoena, the police report states.

According to Atlanta-based attorneys Conaway and Strickler, Glick could face a 12-month jail sentence for 20 seconds of self-gratification.

'Indecent exposure occurs when a person intentionally reveals his or her body's private parts in a setting considered indecent. This type of offense is usually a misdemeanor, but can result in up to a 12-month jail sentence if convicted.'