Because of Charles Barkley’s Mouth, He & Michael Jordan Are Friends No Longer 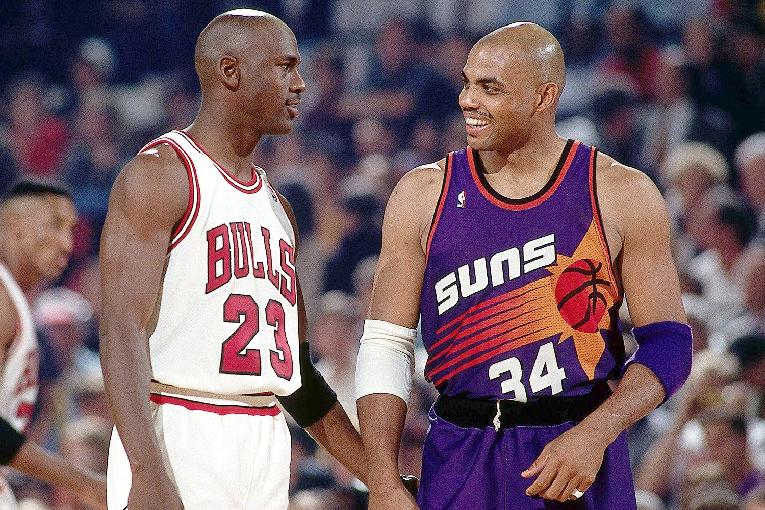 Charles Barkley is opening up about his friendship with Michael Jordan, as well as why it ended.

As you may recall, former NBA stars Charles Barkley and Michael Jordan formed a close friendship during their time on the court. Both players were drafted back in 1984, and they were both part of the 1992 U.S. “Dream Team” that participated at the Barcelona Olympics.

“We’re not. And I take some responsibility for that. I criticized [him]–he was one of my best friends, and I definitely love him and miss him, to be honest with you, but I, Bob, I have to do my job. I said, at the time, and we can debate whether I should have said it, but I was asked a question, and I’m told always be honest at my job. I said, ‘I don’t know if Michael’s ever going to be successful [running the Charlotte Hornets] because I don’t know if he got enough strong people around him.’” Full story on #theJasmineBRAND.com

It seems to me that this is just PR. Have you noticed that the NBA has more and more politics? This is not very good for sports, but very good for those who know how to place bets. You can yourself try starting with one of them - https://azscore.com/bookmakers/reviews I was also a little naive and believed every word. And then I realized that a lot is being done to advertise a particular sporting event or product. The world is cruel(

Comment by vaughn mitchell on August 15, 2021 at 11:29pm
Alot of people remember what Charles said about Michael Jordan, owning Charlotte, and they garbage at the time. He piss the goat off.