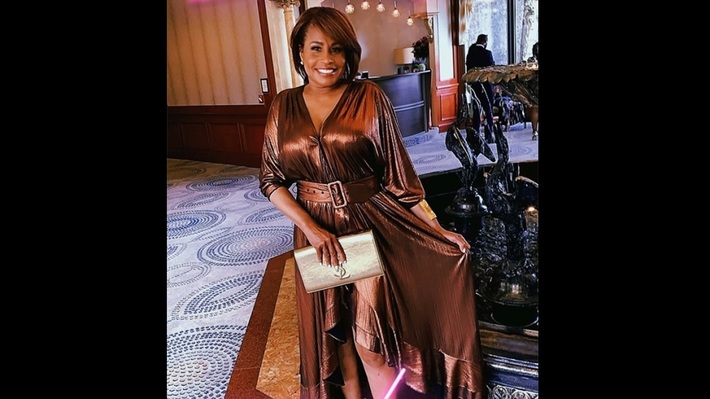 The victim of a fatal stabbing that took place in Holtsville, Long Island, on Thursday night is identified as Jamaican-born nurse 46-year-old Sandra McIntosh of Medford.

She was transported to Stony Brook University Hospital, where she died and police are searching for a suspect who they say McIntosh knew.

The police indicated that on Thursday night at about 8 pm a resident heard a woman screaming for help on Woodland Avenue in Holtsville. The resident found McIntosh lying near a wooded area with stab wounds.

McIntosh was rushed to Stony Brook University Hospital, where she worked, but later succumbed to her injuries.

The suspect “fled in McIntosh’s white car” that her family said is “a white Lexus 350”.

McIntosh’s brother, Robert McIntosh, indicated to local news that he believed his sister was killed after being picked up by someone she knew.

Her son, Shawn Magishie, told reporters that he wanted his mother’s killer to turn himself in.

Tributes to McIntosh as news of her tragic death circulated and condolences have been pouring in.

McIntosh was a registered nurse at Stony Brook University Hospital in Long Island, and also a flight attendant.

Stony Brook University Hospital paid tribute to the nurse. The hospital’s CEO, Carol Gomes, said in a statement on Friday, “Sandra McIntosh was a dedicated nurse and beloved member of the Stony Brook Medicine family. We are truly saddened at this senseless tragedy, and extend our deepest condolences to her family, friends, and colleagues.”

Next get online, I have enough energy for hateful niggers

D. Hall you porch monkey if I am looking for attention how come i have yet to address any of you niggers since I have been on here, I only respond when ever you niggers come on the attack, I make sure I finish it, if you are that smart and feel that I am looking for attention why address me, I do not know your existence unless you look my way, I am not concern about you slave niggers, the way you think put you in the same box, so why don't you niggers enjoy each other and stop sucking my dick you damn project monkey

CARIBBEAN QUEEN n***** hoe please you don't own nothing, you dumb retard, you cannot own a forum, its public and for every one to voicw their opinion, if you don't know that much you need to get off social media, you project hoe if you had a say you won't have to tell me to get off you would make sure I'm not here, you old slut do I address you, how about you bypass me, damn vector go find your baby daddies To Caribbean Queen, don’t give him any oxygen. He obviously has mental health issues and self hatred issues. You can’t reason with crazy and ignorant individuals. He won’t go away because like a child he enjoys the attention.

MR1STROKE WHY DONT YOU GET OFF OF OUR FORUM AND STFU, LOSER

why is it important she is jamiacan, a life is a life, a loss is a loss,  you niggers are ignorant as hell, but dont worry your new politics is set for anger and higher crimes, but you niggers have so much trust in white people you are blind by reality, the worse is yet to comre, may she rest in peace