Sha’Carri Richardson Gets Big Offer From Weed Company {Should she take it?}

Even though Sha’Carri Richardson was counted out of an opportunity to take part in the Olympics, due to her being tested positive for THC, she now has the possibility of earning big from her own mistake as she has been offered a position to become an ambassador for the Dr Dabber Vaping organization.

The title of the position given to Sha’Carri is “Resident Doctor”, and if she says yes Richardson will also be testing vape pens, and dab-rigs as a part of her responsibility.

There has so far been no response from the US track star concerning the position however, it would be quite a turnaround for her earning power this summer since she lost out of the Olympics.

Since being tested positive for THC, Sha’Carri Richardson has soared to much fame, which also impacted her social media presence, boosting her following exponentially.

The big offer on the table for the track star also has a nice $250,000 laid down to compensate her as a spokesperson, for the company if she decides that the opportunity is worthwhile. 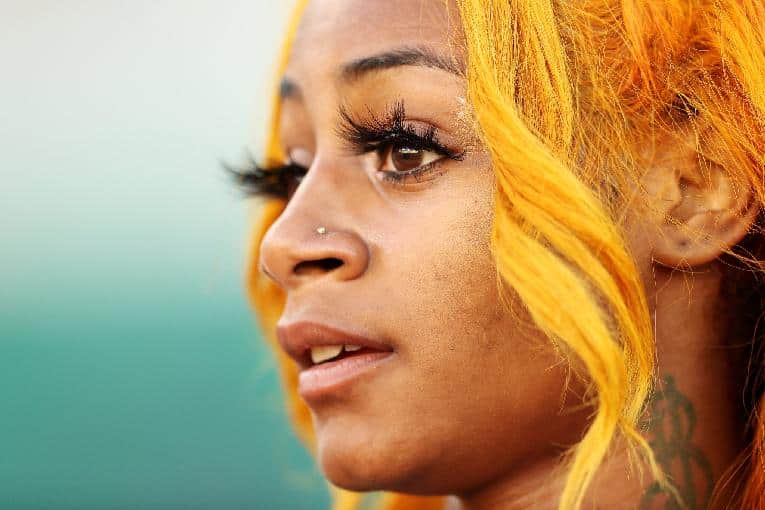 Whoa! We hope you’re ready for some not-so-good news about track & field star Sha’Carri Richardson. On Tuesday, the U.S. track and field federation announced she will NOT run in the Tokyo Olympics.

If you, like us, thought she was still going to allowed to participate because her 30-day suspension for failing a drug test for cannabis would end in time for her to participate on the relay team, well we obviously have another thing coming, as the saying goes.

So, while her suspension for ingesting weed would have benched Richardson for at least part of the Tokyo Olympics, the sprinter will now be completely barred from competing in the Olympics. Period. End of story.

Well, damn. What is up with that? We don’t know ’cause the U.S. track and field federation isn’t saying, so far. But the organization did release a statement which doesn’t really answer the question as to why she won’t allowed to compete at all.

“While USATF fully agrees that the merit of the World Anti-Doping Agency rules related to THC should be reevaluated, it would be detrimental to the integrity of the U.S. Olympic Team Trials for Track & Field if USATF amended its policies following competition, only weeks before the Olympic Games,” the statement from USA Track & Field said.

Meanwhile, Richardson’s suspension prompted a larger conversation online over cannabis legalization as many public figures chimed in on their belief that cannabis should be legalized across the country as reported by TheWrap:
Seth Rogan defended Richardson online by calling Team USA’s choice “insane” and calling for a reevaluation of marijuana’s reputation as a problematic “drug.”

“The notion that weed is a problematic ‘drug’ is rooted in racism,” Rogen wrote, “It’s insane that Team USA would disqualify one of this country’s most talented athletes over thinking that’s rooted in hatred. It’s something they should be ashamed of.”

Regarding what was only a suspension (at least as far we thought), Richardson responded with this comment on NBC’s Today Show on July 2nd:

“I just want to take responsibility for my actions. I’m not making an excuse or looking for any empathy in my case.” 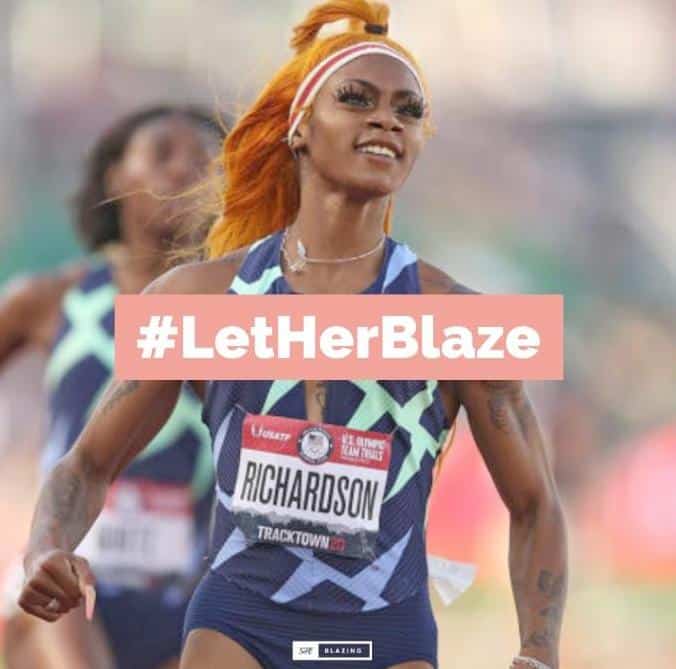 American sprinter Sha’Carri Richardson who won the women’s 100-meter at the U.S. trials last month, has reportedly tested positive for cannabis, as a result, she’s been disqualified as the gold medal contender from a chance to challenge for the Olympic 100 metres title in Tokyo later this month.

Richardson, who’s vibrant energy won America over and is hailed as the most exciting sprint star since Usain Bolt was aiming to become the first American woman to win the Olympic 100m title since 1996. The suspension length as currently stands is for 30 days.

Cannabis is currently banned, in-competition (11:59 p.m. on the day before the competition and ending at its conclusion) by the World Anti-Doping Agency (WADA). United States Anti Doping Agency (USADA), which is a WADA signatory, considers cannabis a prohibited substance because they consider it both a performance-enhancing substance and a drug of abuse.

Studies have shown that here is no direct evidence of performance-enhancing effects of cannabis on athletes while data concludes that cannabis use is beneficial for athletes for pain management protocol, and reducing concussion-related symptoms.

Cannabis has a long history with sports, and across the globe many top athletes turn to cannabis to help them focus on the moment, relax and aid recovery following sports injuries. Cannabis has an ever-growing list of healing health benefits and has been linked to fighting cancer, relieving chronic pain, treating glaucoma, alleviating anxiety and more.  Medical cannabis is currently legal in 36 US states and in hopes to be slated for federal legalization in the near future.

Given developing attitudes towards change in legislation and many athletes openly advocating for legalization, it is vital that more cannabis research is done in order to inform policy in both government and sports. This petition serves as a call for the following:

– reinstate  Sha’carri Richardson to her competition position in the upcoming Tokyo Olympic games,

-WADA & USADA to abolish the Cannabis ban, removing it from it’s list of prohibited substance and no longer classifying as a performance enhancing drug. 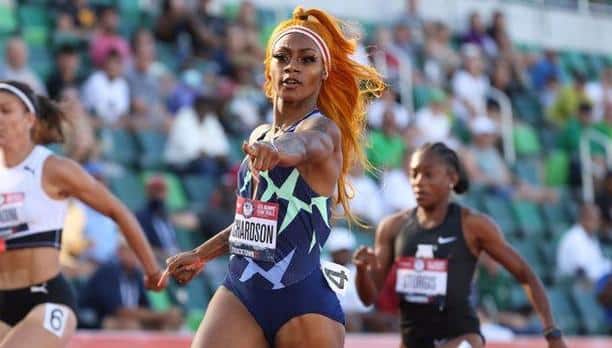 As it should be, Sha’Carri Richardson is getting a lot of love and support from a lot of people including some of the country’s top athletes.

As we’ve reported, the U.S. Olympic sprinter has been in the spotlight the last several days because of after testing positive for marijuana a month before the Tokyo Games.

The good news is that while Richardson’s suspension won’t allow her to run the 100 meters in the Tokyo Olympics, there’s an outside chance she will be able to run in the 4×100 relay.

On Friday (07-02-21) Richardson admitted to Savannah Guthrie on the “Today Show” that she turned to marijuana to cope with the death of her biological mother, news of which was broken to her by a reporter she called a “total stranger.”

Another thing to keep in mind is that weed/marijuana legal in Oregon, where she was at the time of ingestion.

Also on Friday, Kansas City Chiefs quarterback Patrick Mahomes and other athletes from across the U.S. voiced their support for Richardson, while also offering their thoughts on the suspension.

Comment by keven blaq on July 8, 2021 at 12:22am
She should be banned she knew the consequence of her actions

Comment by vaughn mitchell on July 6, 2021 at 5:21pm
@E Peters, he was caught smoking a bong, but that was after the Olympics. He was suspended, and lost sponsorships. I feel bad for her, but those a******* who make up the rules do not like American Olympic athletes. I bet when weed becomes non punishable by the Olympics people will be upset cause they did Car'i wrong. The world want to see her run against the Jamaican pocket rocket, Shelly Ann f price. By the time the next Olympics come around Shelly Ann, will be 38.

Comment by Lori Graham on July 4, 2021 at 8:00pm
Black folks always take the weight Weed is Legal damn near everywhere

The rules are equally applied for thee. Michael Phelp tested positive for THC in 2009 way after the Olympics but was still suspended for three months and lost his sponsorship with Kellogg’s. He did not tested positive during the 2008 Olympics that is why he was able to performed. Sha’Carri Richardson on the other hand tested positive for marijuana during the Olympics. Her one month suspension last throughout the duration of the Olympics that is why she is not able to performed. I would have love to see her though. She’s young, talented and fast and brings tons of excitement to the 100 meter. Very heartbreaking. One more thing. Weed/marijuana is legal in her State but it is not in the Olympics. Quit with the excuse CF.

Well, I guess they're eliminating the competition.  I could see if it was an enhancing drug, but marijuana?  The whole world is smoking weed these days.

Running is the healthiest sport, she can sweat everything out, you dont have to make contact with her, so let her run and kick ass