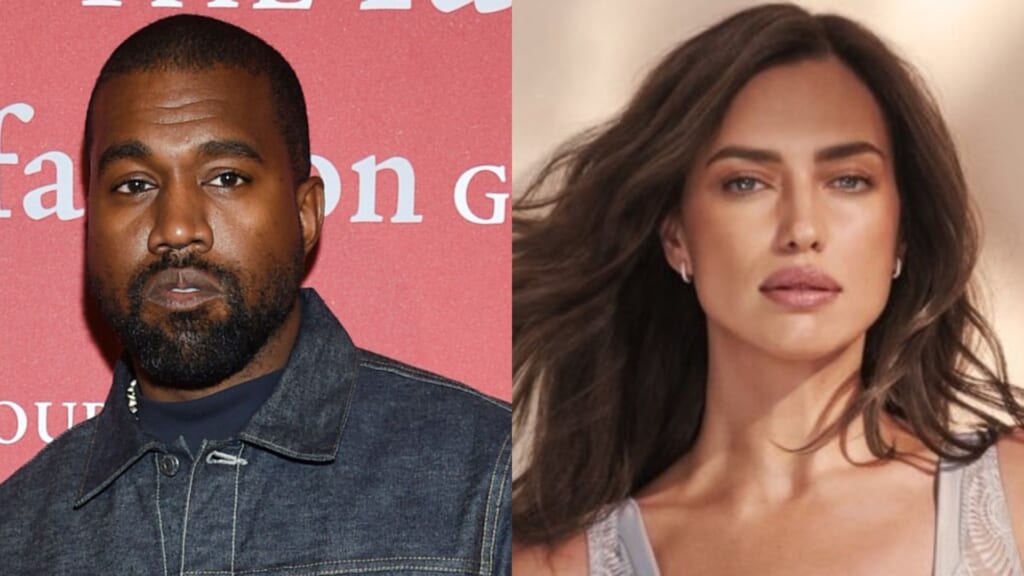 Rumors that rapper Kanye West has been dating supermodel Irina Shayk have been swirling for weeks; now, it’s been reported that the romance is all but confirmed.

According to TMZ, Tuesday, West and Shayk were both spotted getting cozy all over the French region of Provence while celebrating his 44th birthday.
As the paparazzi snapped photos of leisurely walking around the grounds of a 600-acre boutique hotel named Villa La Coste with some friends – and at times alone – the duo seemed very comfortable with each other and in high spirits.

Shayk – who previously dated A-list actor Bradley Cooper, has been connected to West for over a decade, ever since she played an angel in his 2010 music video for the song “Power.”

TMZ claims that they have “confirmed they are 100% romantically together,” but notes that “our sources say it’s unclear how serious they are at this point.”

This confirmation and the accompanying pictures come on the heels of Kardashian and several members of her family publicly posting heartfelt birthday wishes to West on social media.

As the rumors about West rebounding with Shayk appear to gain traction, since Kim Kardashian filed for divorce at the end of February, she’s repeatedly been speculated to have a potential romance of her own with CNN’s Van Jones.

While neither party has ever publicly claimed to be anything more than friends, as we previously reported, at the end of May, Jones gushed about what an “unbelievable attorney” he believes she will be.

“I think she’s going to be an unbelievable attorney and I think she’s one of the best advocates that we have,” the CNN political contributor opined while discussing the reality star’s current law studies.

“She has used her platform to help people behind bars. Her dad [the late Robert Kardashian Sr.] was a lawyer, and she always wanted to be a lawyer,” he added. “When she got a taste of what she could do using her platform, using her brain, she hasn’t let up.”

Back in April 2019, Jones told Extra that Kardashian’s passion for criminal-justice reform has impressed him ever since they first met at the White House in late 2018.

“She takes these cases seriously,” explained the Yale Law School graduate. “It’s embarrassing to go into a meeting with Kim Kardashian, you’re the attorney and she’s not and she knows more than you by far, and that happens all the time.”

“[Kim] is so prepared, she is so passionate, she reads the letters that she gets, and is always trying to figure out how to be helpful,” he continued. “People forget she is the daughter of a very accomplished lawyer. She is also the mother of three African-American kids, so that puts that criminal justice conversation in a different place.”

“She is just extraordinary, and people are just going to have to reassess — she is not that kid that used to party with Paris Hilton,” he concluded.

These niggers love those white females, than they come crying, is it a problem if you marry a woman that looks like your mom, sex is different from commitment