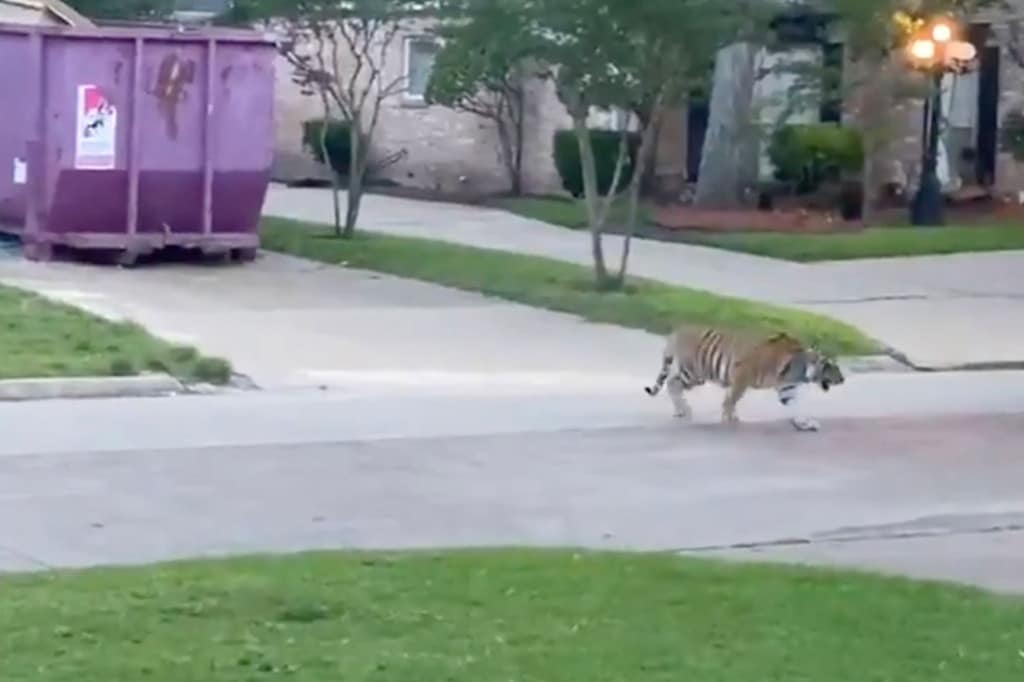 The exotic cat, complete with a collar around its neck, jumped over a backyard fence Sunday evening and went for a stroll through the grassy front lawns along the block, alarming neighbors. Bystanders took pictures and videos of the animal while an off-duty sheriff’s deputy arrived on the scene and tried to corral the animal at gunpoint.

According to reports, the tiger appeared to live in a West Houston home rented by Victor Hugo Cuevas. But by the time authorities arrived to question him about the tiger, Cuevas had loaded the animal into a car and driven away, according to police.

Turns out Cuevas was already known to authorities: The 26-year-old had been charged with murder in 2017 and was out on bond ahead of his upcoming trial.

After a day-long manhunt, Houston police announced Monday night they arrested Cuevas and charged him with felony evading arrest and fleeing from police. But the tiger was nowhere to be found, and police say it’s still out there somewhere.

Cuevas’ lawyer, Michael Elliott, claims his client doesn’t own the tiger and didn’t drive away with it. He said the cops jumped to conclusions.

Comment by vaughn mitchell on May 11, 2021 at 11:17pm
Wait until that tiger get hungry. LoL, dumb ass rule to allow citizens to own a damn tiger.