Wait. What? People are Eating Rotten, Raw Meat to 'Get High' in Dangerous Online Trend / WATCH 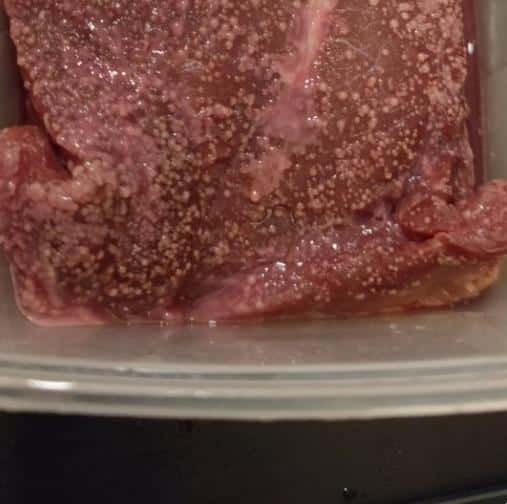 A new social media trend is emerging where people are reportedly eating raw meat as another way to get high. (Read on and scroll down to check out the video of man eating rotten, raw meat.)

Several people who have expertise in eating raw meat are encouraging others to at least wait a year or more to feel a “euphoric” effect after consuming it. According to Newsweek, some people have described rotten meat as having a “cheesy” taste and they enjoy how tender it is. The trend gained curiosity among Twitter after a user said that a friend convinced them to eat raw rotten meat aka “high meat” and they said they felt great from the experience.

However, some users on Reddit have shared the dangers of leaving raw meat to rot and if the process isn’t done correctly, it can lead to illnesses such as salmonella, shigella, E.coli, and other dangerous bacteria.

Comment by Lizzette on May 16, 2021 at 6:35am
What the hell will these DEVILS think of next. CRAZY ASS PEOPLE. THESE ARE THE SICK'OS in this society trying to kill and eat whatever. This really sickens me. WHAT NEXT IN YOUR MOUTH, DEAD PENISES. HUM

wTF Is wrong with people!!! Yuck yo!!