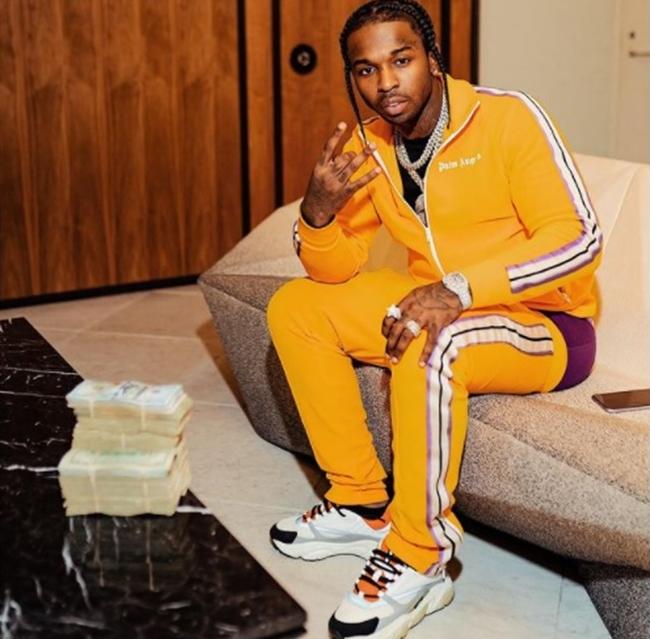 On Thursday (May 6), an LAPD detective named Christian Carrasco, gave a testimony at the preliminary hearing for Corey Walker, a 20-year-old man charged with murder and robbery in the Feb. 19, 2020 slaying of Pop Smoke. During, Det. Carrasco revealed that the Canarsie, Brooklyn rapper was showering when home invaders entered his AirBnB around 4 a.m. and noted that he was later kicked after being shot.

Det. Carrasco says on the fateful day of his murder, Pop, born Bashar Barakah Jackson, was taking a shower in his Hollywood Hills rental when masked men stormed through the curtains of a second-story balcony. While one of the men allegedly held a black semiautomatic weapon to a woman’s forehead in the bedroom, yelling “Shut the f**k up. Do you want to die?,” the others ran to an adjoining bathroom to find the 20-year-old rapper.

Citing the woman, Det. Carrasco says, “She heard a struggle coming from the shower area and heard Mr. Jackson screaming. Mr. Jackson ran out of the bathroom and then she heard a loud pop and [heard] Mr. Jackson fall to the ground. Two other individuals began to kick him. Mr. Jackson gets up and run downstairs. She hears two more pops. She follows Mr. Jackson, sees him on the ground and screams for Michael (Durodola) to call 911.” The woman also noted that the intruders stole the rapper’s “large gold watch” and other jewelry before fleeing.  A second LAPD detective, Frank Flores, confirms a vehicle at the property caught on surveillance during the incident traced back to Walker, who’s pleaded not guilty to all charges.

Yes....there should be BLM protests in the hood. This man should not have died. Over jealousy!

Was there a march by BLM after this happened? I guess it is only when White Police officers kill one of us.