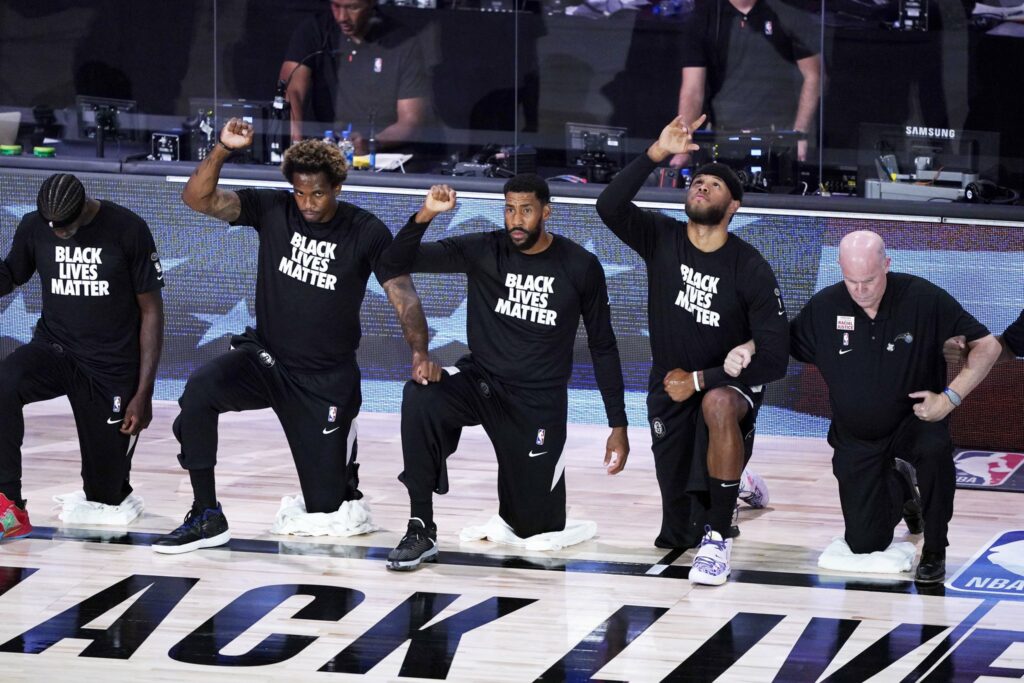 The International Olympic Committee (IOC) has banned athletes from wearing Black Lives Matter apparel or kneeling at the 2021 Summer Olympics in Tokyo,

Per Revolt, the ruling is part of a long-standing ban on “demonstration or political, religious or racial propaganda.” Athletes will be permitted to wear “Black Lives Matter” slogans during some parts of the Olympics, including press conferences, interviews and team meetings, according to the report.

The IOC says athletes who violate the rules will be dealt with on a case-by-case basis.

“A very clear majority of athletes said that they think it’s not appropriate to demonstrate or express their views on the field of play, at the official ceremonies or at the podium,” IOC Athletes’ Commission Chief Kirsty Coventry said. “So, our recommendation is to preserve the podium, field of play and official ceremonies from any kind of protest, or demonstrations or acts perceived as such.”

As reported by SandraRose, the racial justice organization Color of Change opposes the IOC’s decision.

Athletes who protest the BLM ban will have the support of The World Players Association Union.

“Any athlete sanctioned at the Tokyo Olympics will have the full backing of the World Players,” said Brendan Schwab, the union’s executive director.

The organization Global Athlete has urged athletes to “not allow outdated ‘sports rules’ to supersede your basic human rights.”

Two-time Olympian Noah Hoffman, who is part of Global Athlete, said it’s time “elevate the voice of the international athlete.”

nybrotha........SHUT UP PLEASE!!!!!! I would't have said it if I didn't see it with my own eyes. You love your asians, that's fine. The fact that you trying to come at me says alot. You on the wrong page simp. I guess you bored today. Clueless in NY brotha.......LOL!

Comment by nybrotha on May 16, 2021 at 9:09pm
@caribmama @BIIGMANN also theirs so many jamaican in Tokyo or Caribbeans in Tokyo, Africans, and Black Westerners in Tokyo City, I never heard of a killing of a black man in the middle of the street, like you claim? Are you sure you're Talking about Japan? or another country?

Comment by nybrotha on May 16, 2021 at 8:59pm
@caribmama this is not Japan or Tokyo Rules its IOC International Olympic Committee which is not Japan they made this rule mostly Europeans so research it before commenting on untrues

It's Tokyo.....what do you expect. They have no love for black people and don't support them in any fashion. So no sympathy when people are mistreating them. The one place that does need BLM is there and other asian countries. They slayed a black man in the street (in their country and it's on video for all to see) for dating one of theirs. Not saying I feel sorry for the dumb ass that don't love his blackness. But also not saying he has to only date his own kind. I have dated other races and it's the brother for me all day till the day I die.

Comment by Roots aka TJ What De Ras on May 9, 2021 at 4:24am
Looks like im not watching summer Olympics