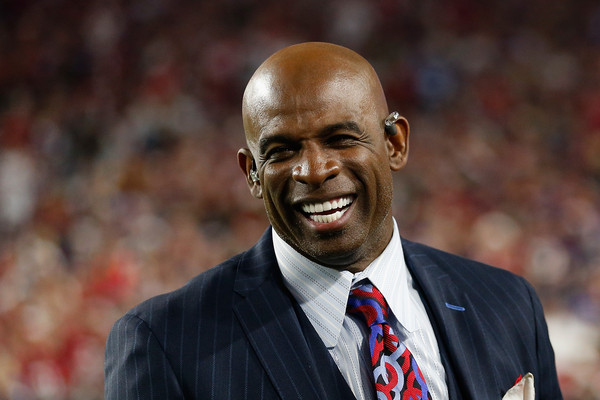 *The 2021 NFL draft did not include a single player from a Historically Black College and University and Jackson State Coach Deion Sanders is beyond angry about that.

“There were 259 picks in the 2021 #NFLDraft – not a single draft pick featured a player from an HBCU,” The Undefeated wrote on Twitter.

“We have the Audacity to Hate on one another while our kids are being NEGLECTED & REJECTED,” Sanders wrote on his Instagram. “I witnessed a multitude of kids that we played against that were more than qualified to be drafted. My prayers are that This won’t EVER happen again. Get yo knife out my back and fight with me not against me!”

Per MSN, several players from HBCUs have signed as undrafted free agents.

In April, an HBCU combine with NFL, CFL and XFL scouts was held at The University of Alabama-Birmingham, after it was canceled in 2020 due to the pandemic. Sanders noted that these HBCU players should be competing alongside those from other schools.

Sanders, an eight-time Pro Bowl player, is the head football coach for Jackson State University, one of the largest HBCUs in the country.

“I am truly blessed to be the 21st Head football coach of Jackson State University,” he said in a statement at the time of his appointment last year, Blavity previously reported. “It’s my desire to continue this storied tradition and history of JSU and prayerfully bring more national recognition to the athletes, the university, the Sonic Boom of the South, and HBCUs in general.”

Per Blavity, according to HBCU Gameday, only five out of the 460 NFL prospects for 2021 hailed from an HBCU. Tennessee State University’s Lachavious Simmons was the only HBCU pick in 2020.

“It’s hard to believe that not one guy is worthy of being drafted,” Doug Williams, Washington Football Team senior adviser, said, according to The Washington Post. “That to me, that’s a travesty. Hopefully, we can fix it.”

Dion is   correct, instead of us fighting each other, we need to work together. It is impossible that not even one player from a HBCU was qualified for the NFL Draft.

Comment by vaughn mitchell on May 6, 2021 at 3:06pm
It's call prejudice. When more star high school athletes attend black colleges, then things will change.