‘Bakosó: Afrobeats of Cuba’ on Season 13 of ‘AfroPoP’ / VIDEO 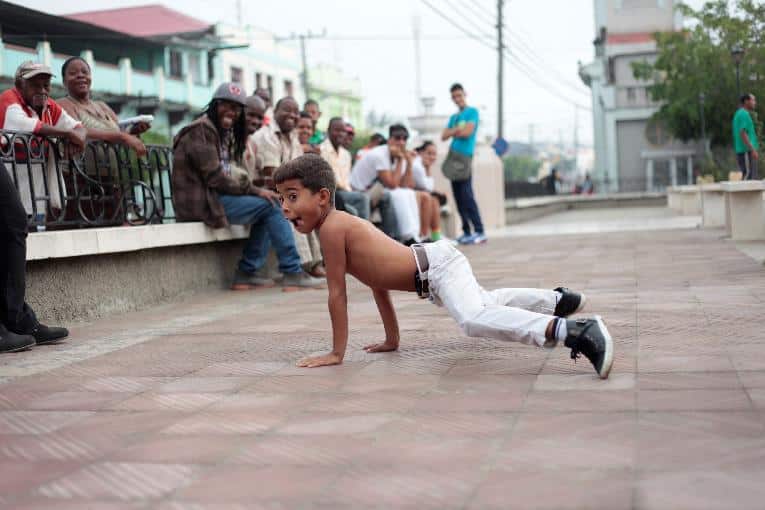 *What does “Está Rico,” by Marc Anthony, Will Smith and Bad Bunny have in common with “Made For Now,” from Janet Jackson and Daddy Yankee? Both songs used Afrobeats without truly giving the genre its credit.

Directed and produced by Eli Jacobs-Fantauzzi, Bakosó: Afrobeats of Cuba seeks to explore the growing influence of the modern sounds emerging from Africa as it introduces audiences to “bakosó,” a new musical genre from Cuba that is rooted in Afro-Cuban music as well as contemporary sounds from the African continent including Nigeria’s Afrobeats and Angola’s kuduro music.

Following music producer DJ Jigüe to his hometown of Santiago de Cuba, the film explores the origins and rise of “bakosó” through interviews with artists including El Inka, Maikel El Padrino, Kamerum, Candyman, and more.

A showcase of the enduring ties between the Caribbean and Africa, Bakosó: Afrobeats of Cuba also gives light to the fact that the connections between Cuba and the African continent did not end with the Trans-Atlantic slave trade as new generations continue to build new bridges of cultural exchange via music, dance and more.

Using stunning visuals and a pulsating score created by the founders of the bakosó genre, the documentary showcases the technology, culture and landscape that shape this African-Caribbean fusion.

Bakosó: Afrobeats of Cuba airs on AfroPoP: The Ultimate Cultural Exchange starting Monday, May 3, at 8 p.m. ET on WORLD Channel and starts streaming at worldchannel.org at the same time.

For more on AfroPoP: The Ultimate Cultural Exchange season 13 visit worldchannel.org or blackpublicmedia.org

And by the way when you say i know nothing about what i am talking about, i made many points in my comments, please dont forget to point out in the comment where exactly i am wrong so you can help the other readers, i made a few key points in the comment, call them out and point out the facts why i am wrong, thanks

Charisse ok since i dont know anything about Afro Cubans, and im sure you know it all so please educate me and many others who dont know, after all no one need any pne to tell them what they dont know, but yet to be educated, so please we dont need an argument, start with the history of Afro Cubans that has been around for so lobg that the world dont know about.

As for me i am speaking from experience for the years i have been alive and the people i have crossed path with, i know i appreciate my African culture from here in America, to Jamaica, Haiti, Barbados and Guyana to every where in Africa, go back to my first comment on here to this one i have only glorify Africa and black people not the negros, so when you say "we" who exactly are you talking about, explain how cuban people have embraced and glorify black people as their own? If you have these information you will just post them and we can research and educate our selves, so please help us

Comment by Charisse on May 2, 2021 at 9:36am
Mr 1 Stroke you know nothing about Afro Cubans. We embrace our African roots more than any Hispanic.

Comment by mr1stroke on May 1, 2021 at 3:17pm
Lol it is sad the same people who have denied black people are the one capitalizing of black culture, ask a dark skin cuban, or dominican and Panamanian if they are black they would tell you know, but now that corona ran everybody broke, they have sold every thing to the world, now its time to use what they have been preserving, the riches from their slaves, when you dont appreciate your own others will take it from you.

The sad part they will make you buy it like its new to you, i always say the same niggers who have been laughing at Kwanzaa like your steve Harvey, the same one who have been ignoring and ashamed of kwanzaa are the same one who will be celebrate it when white people starts to sell it to them and tell them to, if you ask any of the niggers in the big cities especially at the work place about Kwanzaa, they dont know what it is unless they google it.

That's why at Kwanzaa you dont see no decoration at your work place, you will see St Patrick's day, Hanukkah, and Christmas, which means you dont exist, a race without any culture is empty with nothing to offer, a race without history dont exist, no one cares about you, niggers dont mean nothing to any one not even their own kind, now the world is laughing at you, they keep telling you they are with you, they hear you, now they are using your culture to make millions, the sad part Black people have been there before 2020, Africa have existed with its beautiful cultures before 2020, why now when poverty attacks?