Kanye West just jumped over Michael Jordan’s Jumpman to set a record for the most expensive sneakers ever reportedly sold. The Nike prototype for his wildly popular Yeezys, now released under Adidas, fetched $1.8 million at a Sotheby’s auction. That’s three times the amount of the what used to be the most expensive kicks ever sold, an honor previously held by Jordan’s 1s. Inside Edition Digital’s Stephanie Officer has the details. 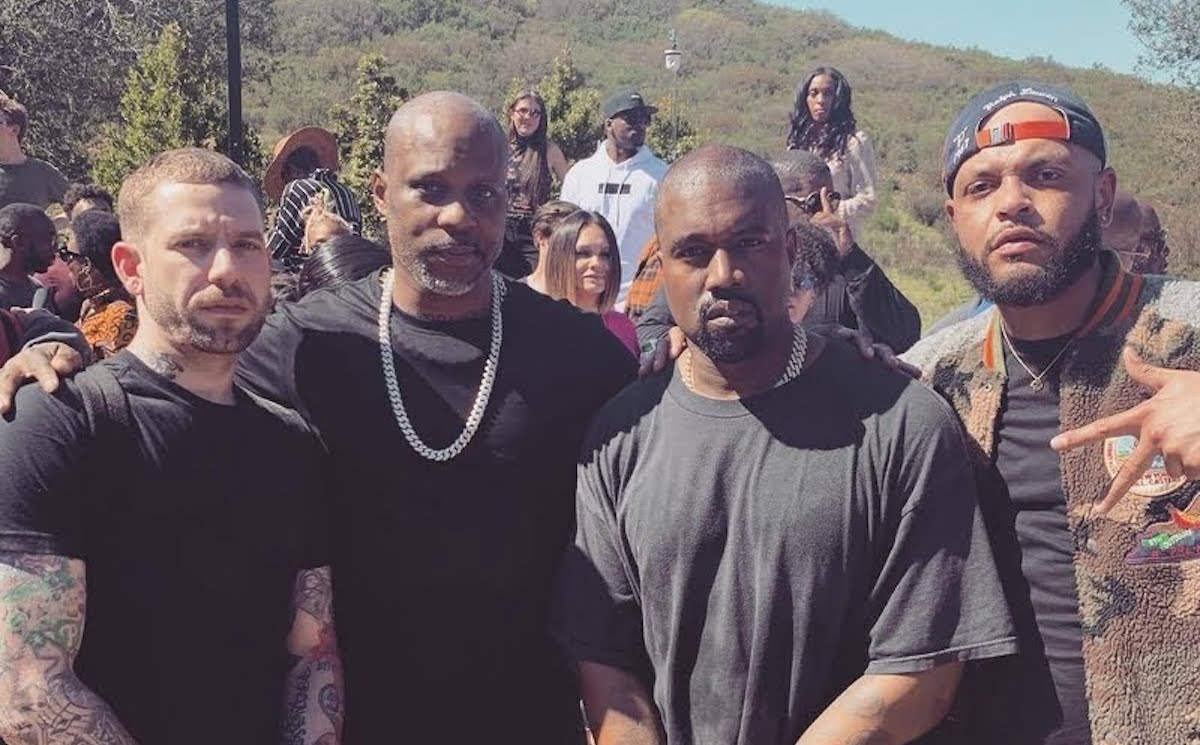 Kanye West went all out to honor his late friend DMX with a full choir performance at X’s memorial yesterday and also teamed up with Balenciaga for a custom shirt in X’s honor.

Late rape icon DMX has been laid to rest, and his memorial service featured several performances and moving tributes. Kanye West and his Sunday Service Choir were one of the highlights of the service as they performed some of their more well-known tracks like “Back to Life,” and “Keep on Movin” at the memorial service, which was held yesterday, April 24, at the Barclays Center in Brooklyn, New York.

The group took to the stage wearing red hoodies in honor of the rapper who was placed in a red casket bearing the Ruff Ryders logo. Last week, Swizz Beatz is reported to have reached out to West, asking him to attend the funeral. DMX and Kanye West seemed to have shared a close friendship.

DMX appeared in Kanye’s Sunday Service in March, April, and June of 2019. He also led the services in prayer. In March 2019, a recorded video of him went viral where he said, “I am the object of your affection, your favour surrounds me as a shield and the first thing that people come in contact with is my favoured shield. Doors that were once closed are now open for me. I receive preferential treatment and special privileges. I am God’s favourite child.”

Kanye also announced that he was going to help organize a collaboration between his Yeezy brand and Balenciaga for a T-shirt in DMX’s honor. The proceeds from the US$200 T-shirt will be donated to X’s family. It will feature an image of DMX.

The late rapper’s family was struck with grief following his death on April 9.

“We are deeply saddened to announce today that our loved one, DMX, birth name of Earl Simmons, passed away at 50-years-old at White Plains Hospital with his family by his side after being placed on life support for the past few days,” they said in a statement. They added: “Earl was a warrior who fought till the very end. He loved his family with all of his heart and we cherish the times we spent with him.”