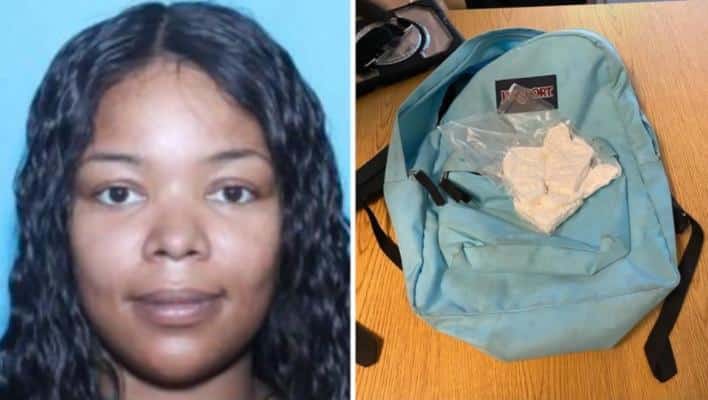 Imagine what went through school officials’ minds when it was discovered that a young elementary-aged student showed up for class on March 30, 2021, with a backpack loaded with cocaine.  We’re talking over a half of a pound or 260 grams

How and why did it happen? Did the child put it there to have something extra special for the “show and tell” period of class? Did the adult somehow mistake the child’s backpack for another backpack normally used to store drugs? Inquiring minds want to know!

Regardless of how and why the half-pound-plus of cocaine showed up in a young kid’s backpack, a woman, Sharae Monique Becton of New Bern, North Carolina, was arrested. Becton, 27, was charged with felony trafficking cocaine, felony possession with intent to sell or deliver cocaine, and misdemeanor child abuse. It’s not clear if Becton is the child’s mother. It is also not clear if the child is a male or female.

What is perfectly clear is after a Craven County Sheriff’s school resource officer attached to Trent Park Elementary School noticed a large amount of drugs in the young student’s backpack, Becton was soon arrested.  She faces serious charges.

Comment by vaughn mitchell on April 26, 2021 at 2:29pm
No words can describe stupidity.