Diddy Pens Tribute to Black Rob, Rapper Dead at 51: ‘You Will Be Truly Missed’ 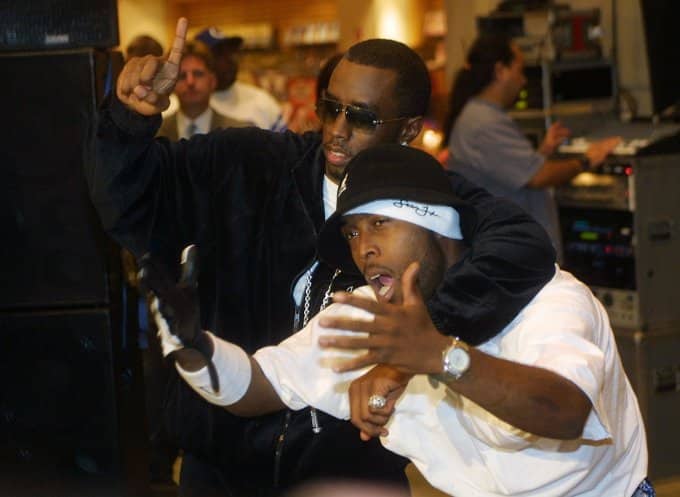 We previously reported, following the passing of DMX, Power 105.1’s DJ Self posted a video of Black Rob looking frail as he lay in a hospital bed. Per PEOPLE, the rapper’s friend Mark Curry said the cause of death was cardiac arrest, which was caused by a rare kidney disease.

Black Rob had been on dialysis for five years, according to Curry. The former Bad Boy rapper had a history of kidney failure and diabetes, Deadline reported. Rob came to fame as a Bad Boy Records artist, and his former boss, Sean ‘Diddy’ Combs paid tribute to his former artist in a post shared on Instagram.

“Puff, I ain’t talked to Puff in 15 years — we talked today,” Curry noted in a video message, referring to Combs. “This is the beginning of a new us. Rob made sure he knew what he had to do before he parted this world to make sure we all alright, and that’s what he did. Bad boy for life, yo.”

Combs posted a throwback photo on IG of himself and Black Rob, writing in the caption: “Rest in power King @therealblackrob! As I listen to your records today there’s one thing that they all have in common! You have made millions of people all over the world feel good and dance! You are one of a kind! GOD BLESS! Love. You will be truly missed!!!!”

Black Rob previously called out Puff and Bad Boy Records for refusing to pay for his medical bills — hear him tell it via the Twitter clip below.

LL Cool J also paid tribute to Black Rob on Twitter. “Black Rob. A story teller. An MC. A gentleman every time I saw him,” he wrote. “Rest in power my brother.”

Black Rob began working with Combs’ Bad Boy Records in 1996. He went platinum with his 2000 debut album “Life Story” and is best known for his hit single “Whoa!”.

Earlier this month, Black Rob revealed in a video shared on social media that he was hospitalized. “I don’t know, the pain is crazy, man,” he said in the clip (see below). “It’s helping me out though, it’s making me realize I got a lot to go.” 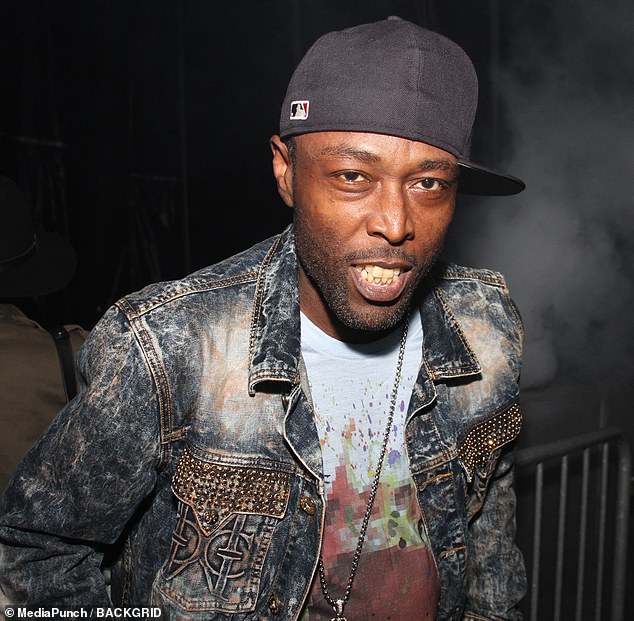 RIP: Rapper Black Rob (born Robert Ross) passed away at  an Atlanta hospital on Saurday, April 17, following several years of failing health; he is pictured in NYC in February 2015

The world of hip hop has lost another legendary rapper. It is confirmed that Black Rob died today, Saturday April 17th, in an Atlanta hospital. His death was also confirmed via an Instagram post by New York City promoter Van Silk. In the post he said "We've lost another member of the hip hop family," while referring to Rob.

Rob was inside an Atlanta hospital when he succumb to his illness, which has not yet been disclosed.

Prior to his death however, Rob had several stints in the hospital - last week he was rushed to the hospital because he was suffering from respiratory distress.

While in the hospital, Black Rob explained to fans just how bad his health had gotten. The legend explained that he'd had 4 strokes in the past 5 years.

And it wasn't just his health that was in bad shape, it was his finances as well. Black Rob who signed with Bad Boy around 1996 and in 2000 released his mega hit single "Whoa" was on hard times. In the same audio, Black Rob was heard saying that he "doesn't have a house to live in."

In new audio, Black Rob explains to fans just how bad his health has gotten. The legend explained that he's had 4 strokes in the past 5 years. Black Rob is 51 years old.

And it's not just his health that's in bad shape, it's his finances as well. Black Rob signed with Bad Boy around 1996 and in 2000 released his mega hit single "Whoa" but appears to be on hard times. In the same audio, Black Rob can be heard saying that he "doesn't have a house to live in." According to Rob, he's homeless.

Black Rob was in the news again, after MTO News posted a video of him on his Instagram. His former manager DJ Self then added, “Let keep our prayers up Black Rob !!! Get well man Please people out there take care of yourself BR was one of the greats Had NY on his back like Whaooo.”

In the video, Black Rob says, “I don’t know, the pain is crazy, man. It’s helping me out though, it’s making me realize I got a lot to go.” He also spoke about rapper DMX who passed on April 9. He said: “I feel everything about X. X was positive. Love to X.”

caribmama i always stand on the right side of reality, not what people think that is right or me standing with the crowd, if any one stands for whats right they will be fair even to their enemy, i dont have to like puffy, or agree with what he does, every one are responsible for their own action, its not only puffy it is evevry one in the game who does business the way they feel, some may give more, some may give less and others give nothing, its up to the person who wants to grow to recognize whats wrong and right for them, they can balme puffy all they want to that will not bring black Rob back, he was a grown ass man, if puffy is so wrong why dont his family sue puffy, i wish they would so they can feel stupid, because Black rob had the opportunity to challenge the contract before signing if the numbers did not make sense, he had the change to renegociate, he had the chance to go to court and get release like every smart artists did, he had the chnace to make the business work for him ni different ways or different aspects, now all those who are blaming puffy, i want to ask them what exactly did black Rob do for him self to make sure he was secure, what was he doing he got sick? until they can honestly answer these questions they need to shut up because they are failure also, thats why they think like that

Just asking. But you right, no one is responsible for your downfall if you not trying to hustle to make a good life for yourself. Some people are just like that, got mad talent, doors open for them and they don't take those steps to make a comfortable life for themselves. People blame Diddy for Rob. But to hear you tell it cause you was in the mix, rob wasn't trying hard enough. it's sad to see someone dye so damn young cause they don't take care of themselves.

caribmama Come on now i would ask that you slowly read the comment again, but if it helps, i express in the comment how i was my own man being responsible and did not have to rely on no one because i was thinking about the what if, but i did listen to the people who gave me good advise, and i also mention how they informed me about who puffy was and how he operated, so the reality is no one should not have to rely on others to take care of their poor choices, not even your own kids, its up to you to make sure you set up ofr tomorrow, otherwise we would not have any vegetables, how would they grow if we did not plant them and take care of them? think about it

So Mr1stroke are you saying that Diddy helped you to get to where you are?

Vaughn I know what you're trying to say but it's a poor taste in words. R.I.P Black Rob.

May the brother RIP

Diddy is not the only executive, the only produce, or record label, after diddy black Rob got lazy, he never kept recording, he never hunt for a another major deal while he had the name, he did one song which i was there at the video shoot doing a little documentary called the Barbecue, i knew he was failing, hanging out with a bunch of mufuckers who wants to smoke weed and heavy drinking, after the second stroke back in 2018 i knew he would not make it, he was on bad shape, the brother was a talented brother but every one should know the business dont rely on talent alone

He is no longer suffering, he can rest now, may God help his soul, but blaming someone else is a cursed, if Diddy did him wrong there are laws for that, he could sue to get released, he could sue for losses, every one fights for their recording rights, Mase put Diddy through hell thats why he left him alone. He was the first rapper to publicly Diddy, the lox didnt even do that, they got the public and their fans involved to help them out of that contract and Diddy gave in, blaming someone else will not fix the problem, i am not a fan of diddy, coming up in that business when i created my little company every one i met saw my ambition and they they gave me the same advice not to deal with Diddy.

I was involved with a show at Nakisaki Foxy Brown was performing and bad boy was there, the owner saw how i was networking with every one, after the show he called me in the back we had a long conversation and he told me Diddy got blood on his hands do not do business with him because i wont make it, and listened to every one and thank them all, look at me now and where are the rest of the people that were doing business with me thought they were gon be big, they are no where ti be found, life can reward you well if yiu respect it and take it serious as well as cherish it.

That's what happens when you fugg with corrupt peeps like Diddy.