Demi Lovato on DMX’s overdose: That could have been me

The singer herself suffered an overdose in 2018 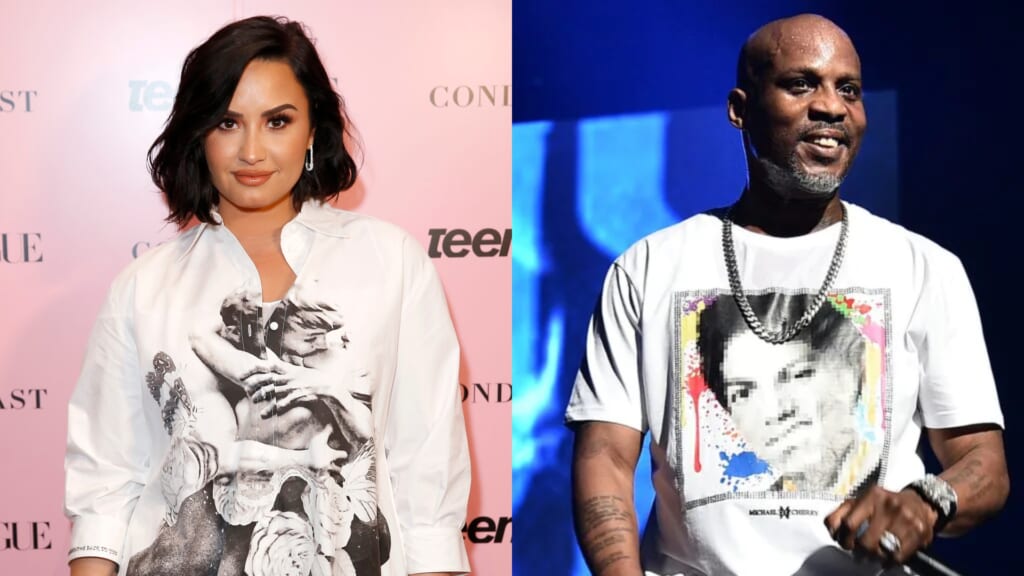 In a recent interview with TMZ, Demi Lovato spoke on DMX‘s overdose, saying, “That could have been me.”
DMX suffered a heart attack following a reported drug overdose last Friday. Over the weekend, DMX’s family released an official statement regarding the rapper’s health, explaining, “On Friday night, April 2nd, 2021, our brother, son, father, and colleague DMX, birth name of Earl Simmons, was admitted to White Plains (NY) Hospital, facing serious health issues.”

Now, famed singer Demi Lovato has commented on DMX’s recent overdose, speaking to her own history with addiction.

Lovato said in the interview, “Anytime that I see somebody OD or even pass away that’s in the public eye, I immediately think, ‘That could have been you had you not been putting all this work in to the last couple years of your life.'” She continued, opening up about having “survivor’s guilt.” She explained, “There’s times where I’ve even talked about feeling survivor’s guilt because you do ask yourself why am I still here? Why are others not? It’s a challenging thing to get over.”

Lovato explained that after her 2018 overdose, she is trying to live “the best life” she can possibly live.

She shared, “Ultimately, I had to realize that every day is a day that someone else doesn’t get. Every day that I’m here on this earth is a day that I need to be counting my blessings for and just being appreciative and grateful for it. It makes me want to live the best life I can possibly live, knowing that others didn’t get the same chance that I did.”

DMX is set to undergo a series of brain function tests as he continues to receive treatment at White Plains Hospital. His manager, Steve Rifkind, told NBC News Tuesday night, “DMX is currently on life support and in a coma. There are multiple people with inaccurate information about his well-being, and it is not helpful and productive. Tomorrow he will undergo further tests on his brain function, and his family will determine what’s best from there.”

Lovato’s new docuseries on Youtube, Demi Lovato: Dancing with the Devil, details her journey so far, including her 2018 overdose in which she reportedly had three strokes and a heart attack. In the docuseries, Lovato opens up about her path to healing.

“After almost dying from the OD and after so many years of being the poster child of sobriety, I didn’t want people to criticize me for that…it isn’t for everybody. Recovery isn’t a one-size-fits-all solution. And you shouldn’t be forced to get sober if you’re not ready. You shouldn’t get sober for other people. You have to do it for yourself,” she said.

This prostitute is using her beauty/sympathy to stay relevent. I hate this b**** God forgive me. You could never be DMX, HOE

@vaughn im saying the same s*** over here.  im tight! The media and people who believe what they are printing out and copying what they say and spreading the word around about he OD without knowing all of the facts. even the doctor doesnt know what caused the heart attack. It could be he just had a heart attack without any use of drugs.  Now they saying covid is the reason for the heart attack. There needs to be a law/penalty passed for media who spreads lies, only truth should be told on these printed articles.

Comment by vaughn mitchell on April 8, 2021 at 2:58pm
The media, is so damn racist, I took it they was right but I keep reminding myself the word "alleged" does not mean it's the truth. DMX, did not Od, how did I know, spoke to his cousin, white plains hospital is 5 minutes walk from my job, and I have friends that are members of Ruff Ryders. But that's the media for you, because of his drug habits they put it out like he OD.

Comment by Al3x on April 8, 2021 at 6:30am
Girl stfu,it’s not about you right now, stop taking away from the man pain cause nobody was holding a prayer vigil for you. It went from overdose to him having covid btw.