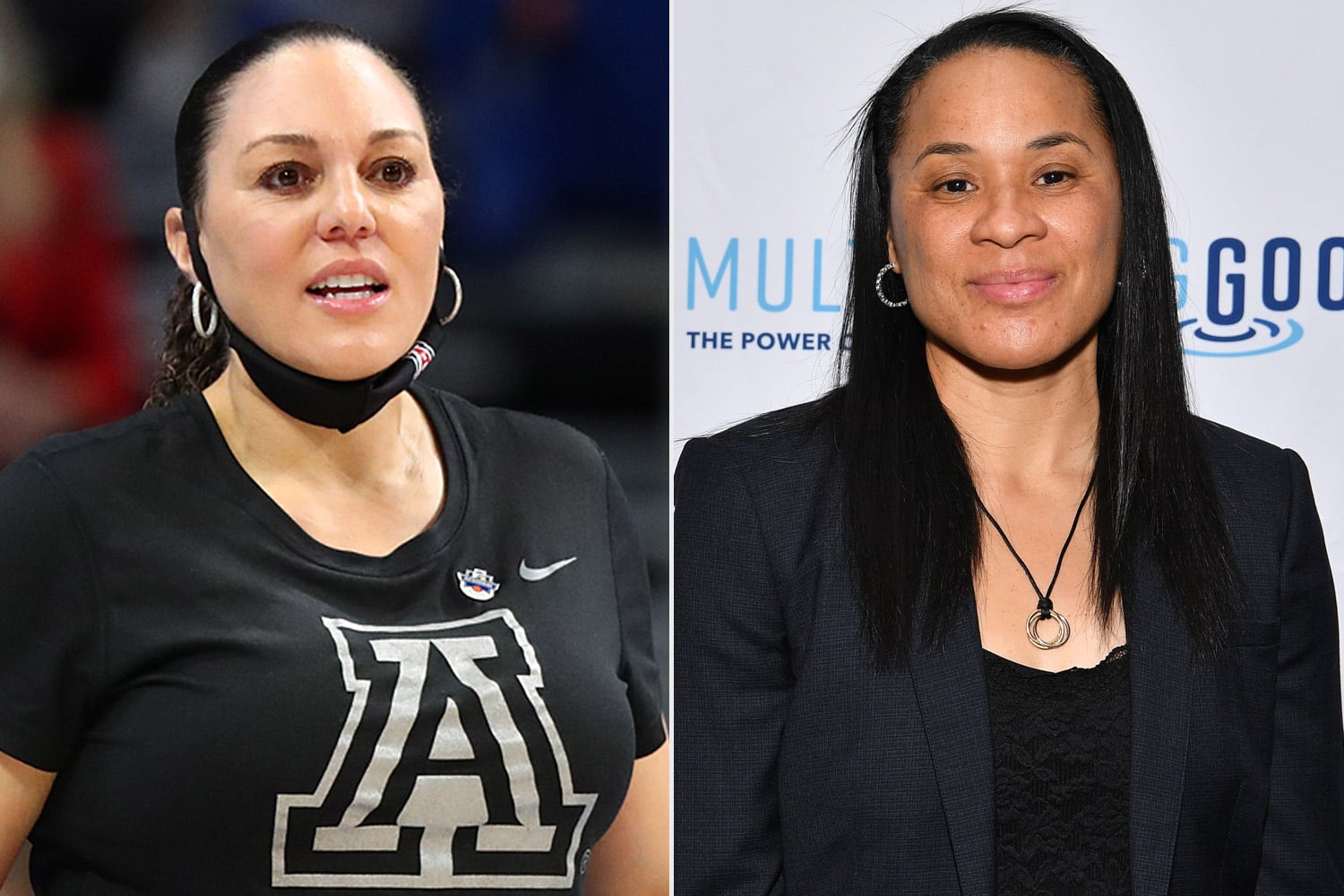 Black history was made Friday night (April 2) at the 2021 NCAA women’s tournament in San Antonio.

For the first time in NCAA women’s tournament history, two Black women served as head coaches in the same Final Four. South Carolina’s Dawn Staley will coach her third trip, winning the title back in 2017, while Adia Barnes and her Arizona squad will make their debut appearance.

South Carolina faced Stanford at 6 p.m. EST Friday, followed by Arizona against Uconn at 9:30 p.m., both on ESPN.

Below is Staley being interviewed about her historic Final Four appearance to “Start Your Day” hosts Sharon Reed, and Cynthia Bailey’s husband Mike Hill.

Below, an emotional Christy Winters-Scott details why it is so important to see Dawn Staley and Adia Barnes succeed as women in college basketball with Debbie Antonelli.