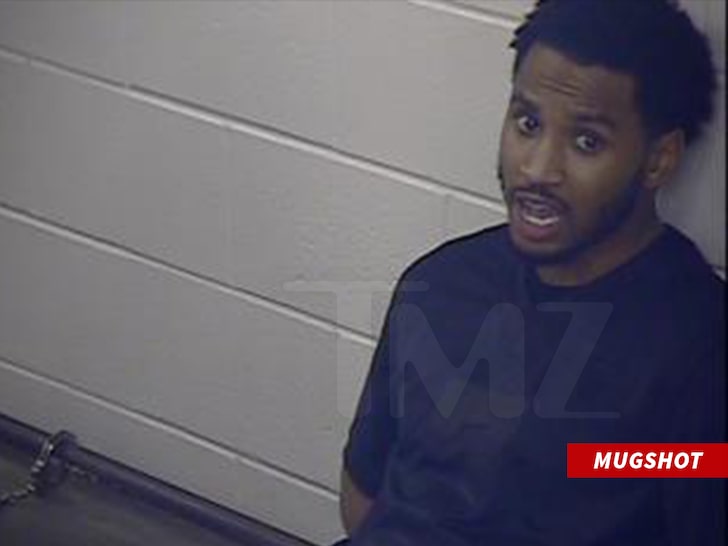 Trey Songz was reportedly arrested on Sunday night during a KC Chiefs game at Arrowhead Stadium.

Songz – real name is Tremaine Aldon Neverson – was taken into custody after allegedly getting into an altercation with a police officer.

TMZ obtained the video which shows Trey and the officer in a struggle. The singer punches the officer’s head, and gets him in a headlock, but the cop is able to pin Trey to a seat. Check out the moment via the clip below

A witness tells us the whole thing started when Trey was being heckled by some fans a few rows behind him and he asked them to chill out. We’re told the officer approached Trey, and without warning, went after him. The witness says Trey was totally caught off guard when the officer got physical, and started to defend himself. You can hear fans throughout the video shout at the officer, telling him to get off Songz until additional officers arrived.

A law enforcement source tells us … Songz was arrested for trespassing, resisting arrest — both misdemeanors — and for assaulting a police officer … a low-grade felony.

Witnesses told TMZ that Trey was being heckled and was acting in self-defense. He is on a 24-hour hold in custody and is expected to be released on Jan. 25.

Back in 2016, Songz faced charges of felony assault of a Detroit police office. He later pleaded guilty to two counts of disturbing the peace as part of a plea deal and was sentenced to probation. In recent years, he has denied numerous accusations of sexual harrassment from several women, including actress KeKe Palmer.

Lol the n***** says he never heard of Trey, there you have it people, you so black you so involve in the community but never heard his music lol, where are you from and are you still stuck in the 60s listening to doowop

All that money and fame does not tame a violent thug, never heard his cornball music, bet he sounds like a begging chipmunk with a high pitched voice crying about how a girl broke his heart and how he is losing his mind.

You out of your mind f****** whit these cops, you better keep making music or you surely catch a heart attack