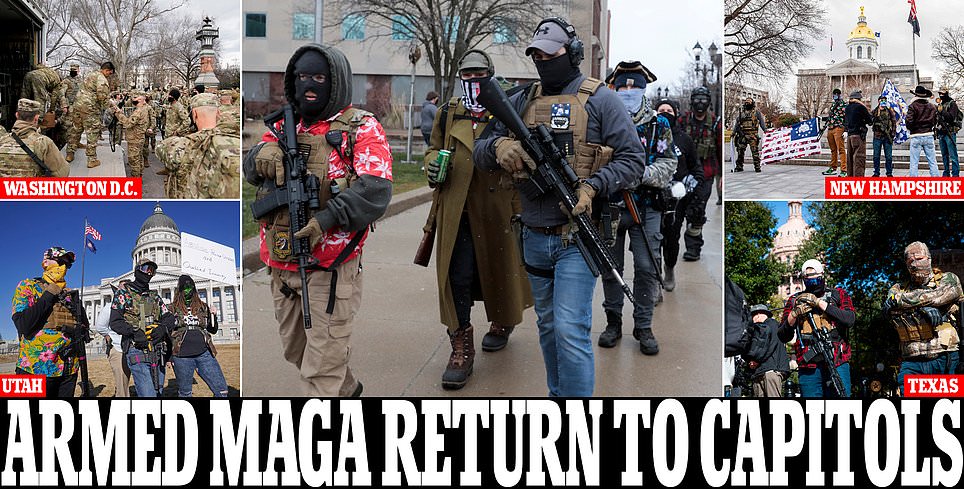 This is a serious problem. These terrorist can shot the eye of a fly and these National guard don't even know how to hold a rifle

Yeah, let's sit back and watch with pleasure, how these white racist Trump supporters do their thing and die or arrested for Trump improbable cause..

Comment by vaughn mitchell on January 17, 2021 at 9:32pm
Trump, can't pardon them, but jail is waiting for them. Black people, sit back with some beer , popcorn, chips, some good smoke, watch these ratchet, racist, Trump patriots get shot and arrested.