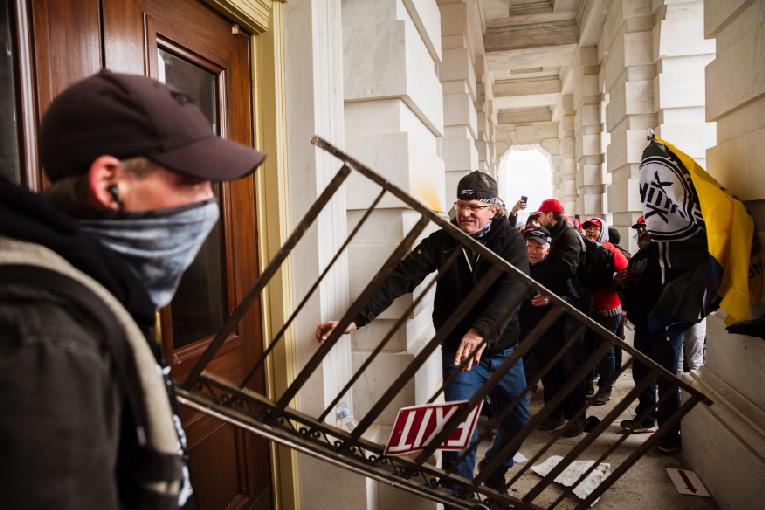 These incidents spanned an entire damn summer, they forced city and state officials nationwide to impose curfews on their residents, and they caused small business owners and retail establishments to fortify their buildings with a protective covering.

In the midst of all this, where was the police? Where were Democrats like Nancy Pelosi and Kamala Harris hiding while these riots threatened to destroy entire communities? Why didn’t CNN condemn the perpetrators?

In fact, these crimes happened repeatedly without the interference of police for several weeks. The perpetrators weren’t punished appropriately, they weren’t scolded by democrats, or repudiated by the media. They weren’t criminalized and shamed like the “rioters” who broke into the capitol building. The energy was completely and utterly different.

The “slavery card” gives blacks immunity from the criticism and judgment that other racial groups experience when they transgress, especially whites. It’s a form of privilege.

For evidence, all you have to do is analyze footage from last year’s outbreak of BLM protests.

Although many of them were peaceful, there were also a great many that transformed into full-fledged riots – resulting in death, and irrevocable damage to public and private property. These acts of terrorism weren’t mitigated by law enforcement or the military.

The rioters were allowed to loot, burn and pillage whatever they set their eyes on.

I’ll be called an “Uncle Tom” or a “coon” when people read this, but I don’t care.

Like it or not, here’s the truth – if blacks stormed the capitol building instead of whites, they would’ve been applauded by the liberal media, democrats, and civil rights activists all over the country.

In fact, I’d be willing to bet that if a group of black vigilantes successfully invaded a government-controlled building, the events of that day would be adapted into a screenplay and directed by Spike Lee.

Do I believe blacks would’ve been treated any worse by security or the police than the actual perpetrators were treated? No. I don’t. Why? It’s simple.

There’s hesitation among the powers that be to hold blacks accountable for their actions, even if these actions threaten the safety and integrity of black communities.

In other words, it’s become “racist” for people who dictate power in this country to be openly critical of blacks when they violate laws and push boundaries. In this day and age, white guilt and their efforts to atone for the transgressions of their slave-owning forefathers allows blacks to get away with murder – literally – without suffering any major consequences.

For all those asking who wrote that retarded article dont act like you don't see, read the title and you can see who it was posted by, always the n***** nonsense, they cant do nothing right, just like the rest of you cant see nothing wrong with this site still operating like it was 1997

How would any black protesters even get to the white house, they would be shot, all those who are talking about BLM have never been to a rally, what chapter are you in so i can research you, how do you support BLM, if you can't contribute leave them be, they are the only one out there fighting for black people while the niggers make it hars for them, while they are fighting white people for racism niggers are busy killing innocent black people in the community, what happened at the white house last week is white people's business this is not your fight mind your business for once, let your masters breathe

'Black Power Fart' wrote this garbage, he most likely works for this website as an agent of dis info.

Comment by vaughn mitchell on January 12, 2021 at 7:27pm
I would like to know the idiot, that wrote this so he can get pimped slapped. What you see in BLM, riots were white people looting and burn s*** down. Proud boys, and other racist white people joining the protest , rioting and blaming it on BLM. Alot of Republicans, and Democrats , even coach Doc Rivers, came out and said if those were black people they would have been shot. Look, what Trump, had the cops do when people protested , when came out and did a photo op, by the catholic church with the bible in his hand? Look how quick they tried to not blame Trump, supporters and said it was the left. Surrounding a black lady, attacking her, and pulling off her wig. How, many Capital cops were taking selfies with non Trump protesters in the riot. Whoever wrote this garbage should be fired.

Comment by edward lee on January 12, 2021 at 12:27pm
I would love to know who wrote this article so we can truly pay homage.