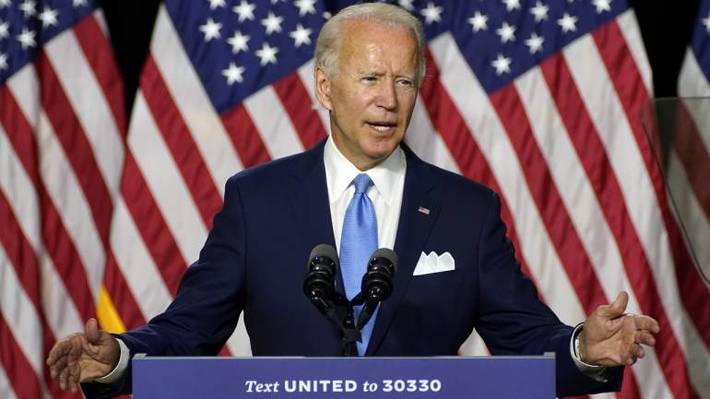 Well, it’s a done deal. Or, should say, it’s OFFICIAL. Say hello to the next president of the United States, Joe Biden.

In fact, not only did California’s votes get him to the magic mark of 270, the states vote count took him to 302 Electoral College votes, with 306 expected, compared to Trump’s 232.

Also, Biden will address the nation Monday night and say it’s “time to turn the page” on the election, as Electoral College electors have confirmed his presidency.

‘In this battle for the soul of America, democracy prevailed,’ Biden will say. ‘The flame of democracy was lit in this nation a lot time ago. And we now know that nothing – not even a pandemic – or an abuse of power – can extinguish that flame.’

The president-elect’s speech will revolve around democracy, but he’ll also speak about the coronavirus crisis – the good vaccine news, but also the gruesome milestone of hitting 300,000 deaths in the U.S.

‘What beats deep in the hearts of the American people is this: Democracy,’ Biden will say. ‘The right to be heard. To have your vote counted. To choose the leaders of this nation. To govern ourselves.’

‘In America, politicians don’t take power — the people grant it to them,’ the president-elect will say.

Biden’s ‘abuse of power’ comment was a clear whack at President Donald Trump, who still refuses to concede the election. That upset Rep. Paul Mitchell – an outgoing conservative Republican – so much that he left the party Monday, saying he’ll be an independent during his final weeks in Congress.

‘This election simply confirms for me that it’s all about power first, and that, frankly, is disgusting and demoralizing,’ Mitchell said on CNN.

Comment by rafael monzon on December 16, 2020 at 9:11pm
They couldn't decide in time who won so 46 will have an asterisk next to that number. They just decided to make Biden 47.

47th president ? How is that when Donald Trump is the 45th President.