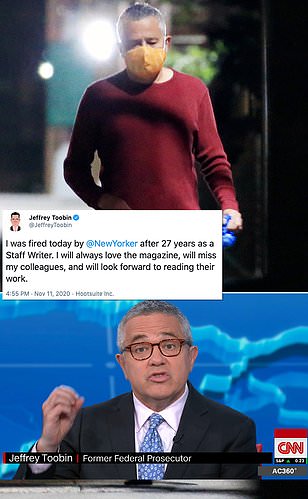 Toobin, 60, announced on Twitter Wednesday afternoon he has been given the boot from the magazine after working there for almost three decades.

'I was fired today by @NewYorker after 27 years as a Staff Writer,' he wrote.


'I will always love the magazine, will miss my colleagues, and will look forward to reading their work.'

'As a result of our investigation, Jeffrey Toobin is no longer affiliated with the company,' they told DailyMail.com.

Toobin is also CNN's chief legal analyst. He was placed on leave from CNN at the time the scandal broke but, as of now, still remains employed by the outlet.

DailyMail.com has reached out to CNN for comment about Toobin's future with the company. 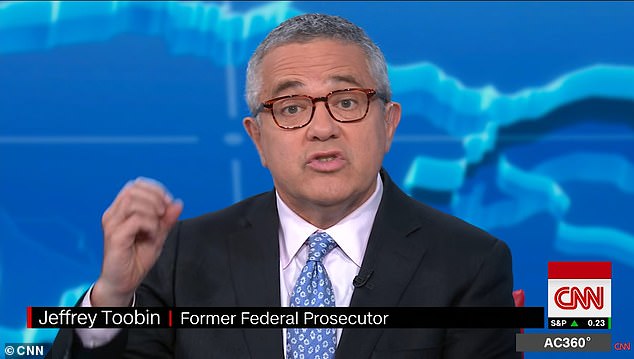 'I am writing to share with you that our investigation regarding Jeffrey Toobin is complete, and as a result, he is no longer affiliated with our company,' read the memo from Condé Nast's Chief People Officer Stan Duncan, per The Daily Beast.

'I want to assure everyone that we take workplace matters seriously. We are committed to fostering an environment where everyone feels respected and upholds our standards of conduct,' the memo added.

Toobin kept his own statement brief, failing to apologize or address the reason he was fired.

Toobin got himself into trouble in mid-October when he exposed himself in a Zoom meeting with colleagues from The New Yorker magazine.

Thinking he was off-camera, he pulled out his penis and masturbated not knowing his fellow-writers could see him.

The Zoom call that caught Toobin was for an 'election simulation' so the magazine could work out many different outcomes of the upcoming vote.

Toobin was playing the role of the courts while colleagues Jane Mayer played establishment Republicans, Evan Osnos was Joe Biden, Jelani Cobb was establishment Democrats, Sue Halpern was progressive Democrats and Dexter Filkins was the military, according to Vice, which first reported the scandal.

He seemed to be on a second Zoom call when the break was over and people started returning to the video meeting room.

They say Toobin lowered his camera and he was seen touching his penis.

In a brief statement at the time, Toobin said he made 'an embarrassingly stupid mistake, believing I was off-camera.'

'I believed I was not visible on Zoom. I thought no-one on the Zoom call could see me,' he said.

'I thought I had muted the Zoom video. I apologize to my wife, family, friends and co-workers.' 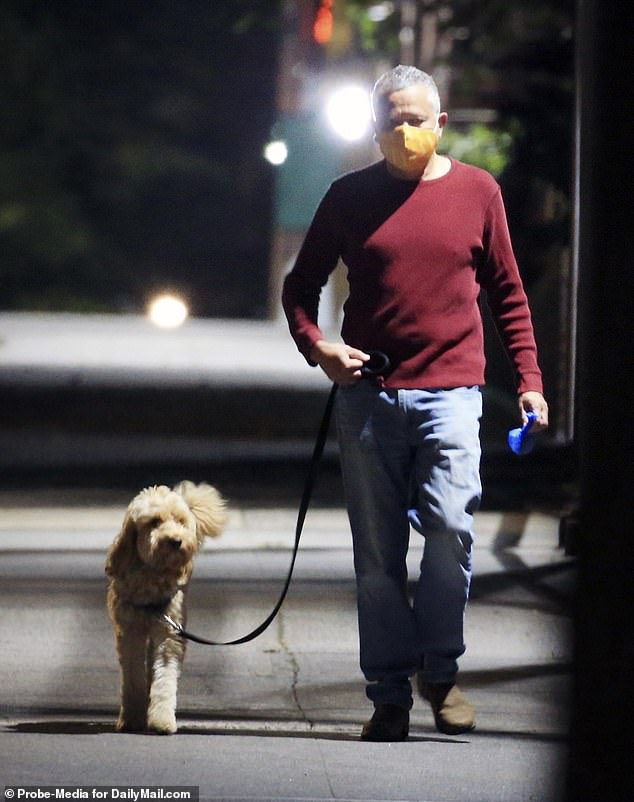 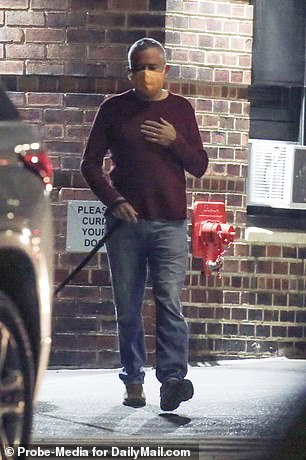 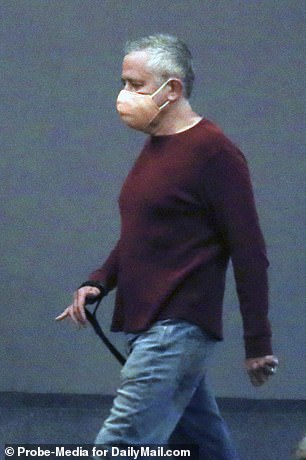 Toobin (pictured walking his dog the day after the scandal broke) is also CNN's chief legal analyst. He was also placed on leave from CNN at the time but, as of now, still remains employed by the outlet.

Toobin, a former federal prosecutor, was indefinitely suspended by the New Yorker pending an investigation where he worked since 1993.

He also asked for a leave of absence from CNN where he has been a regular on-screen presence for nearly two decades.

'Jeff Toobin has asked for some time off while he deals with a personal issue, which we have granted,' a spokesperson for CNN said at the time.

Speculation grew in the wake of the scandal that he might keep his CNN job despite the embarrassment, with Fox News reporting that colleagues believe he is too valuable to the network to be let go.

Toobin has been plagued by numerous sexual scandals over the years.

He had a decade-long on-off affair with 13-years-younger fellow lawyer Casey Greenfield while married to his wife of 34 years Amy McIntosh.

Greenfield got pregnant in 2008 and her lover immediately questioned whether he was the parent, balked at taking a paternity test.

When she refused his money for an abortion, he made a counteroffer to 'swap' pregnancies — if she agreed to terminate her pregnancy he would pay for her to have a child with a sperm donor.

But Greenfield, who was 35 at the time, decided to go ahead and have the baby boy, whom she called Rory. On the day she gave birth she emailed Toobin, inviting him to meet his son. He didn't reply.

Greenfield then sued her lover for child support, according to The New York Times. The case dragged through the courts for two years with Toobin contesting many aspects of his ex's case.

Eventually he took a DNA test that proved he was the father and Greenfield, the daughter of Toobin's former CNN colleague Jeff Greenfield, won full custody of the boy, and given all decision-making rights on his upbringing. 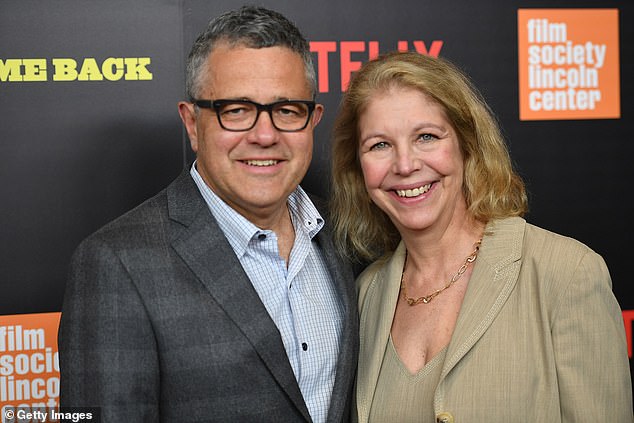 Toobin has been plagued by numerous sexual scandals over the years. Pictured with his wife of 34 years Amy McIntosh in 2017 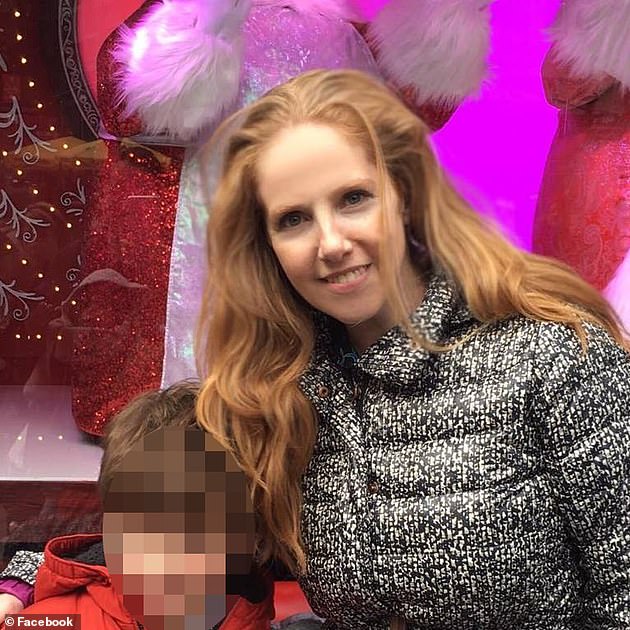 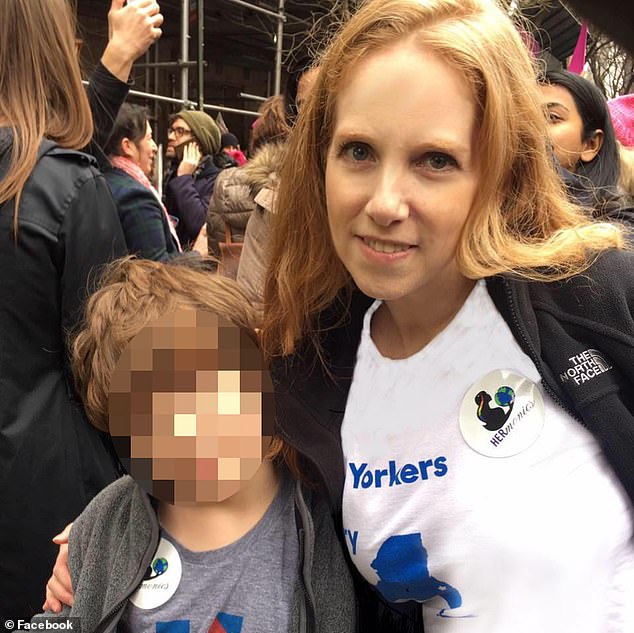 Greenfield refused Toobin's money for an abortion and had a baby boy, whom she named Rory, later suing Toobin for child support

'Jeff and Casey saw each other off and on over the years,' one source told the New York Daily News at the time.

'She was married to someone else for two years. After her divorce, she started seeing Jeff again. He said he was going to leave his wife for her. But, by then, Casey had begun to distrust him. She suspected he had several other mistresses.'

Another source told the Daily News: 'When Casey wouldn't have an abortion, Jeff told her she was going to regret it, and that she shouldn't expect any help from him.'

Toobin was also described as a sexual predator. A woman the Daily News described as 'a well-known media figure' claimed he had approached her at a party many years earlier. 'He came up behind me and whispered in my ear,' she told the paper.

The Daily News refused to say exactly what he allegedly said, claiming it was unfit for a family newspaper. 'I couldn't believe my ears. It was so disgusting. At the time, I never even knew people did that,' the media figure said.

When the woman turned him down, she described how he allegedly followed her to her hotel room. 'He tried to invite himself in. He said, 'You know you want it.' I said, 'No, actually I don't.' 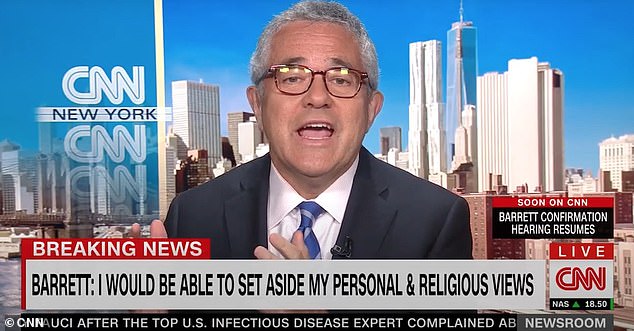 Toobin made an appearance on CNN on Saturday where he is a chief legal analyst for the network. CNN has since said that Toobin had asked for some personal time off, which they have granted

'He really chased me for a while. He called me at the office and left several sick messages,' she said.

Toobin — who was once described as 'the Tiger Woods of legal journalism' — admitted visiting Velvet, a swingers' club in Miami with political fixer Roger Stone in a 2008 New Yorker article.

Toobin did not reveal whether he actually hooked up in Velvet.

He said Stone took him there because it is the place where a prostitute had told him of a date with former New York Governor Eliot Spitzer, which Stone later revealed, forcing Spitzer from office. 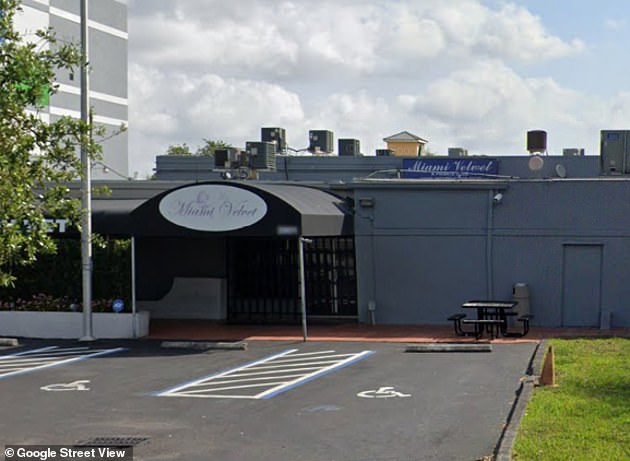 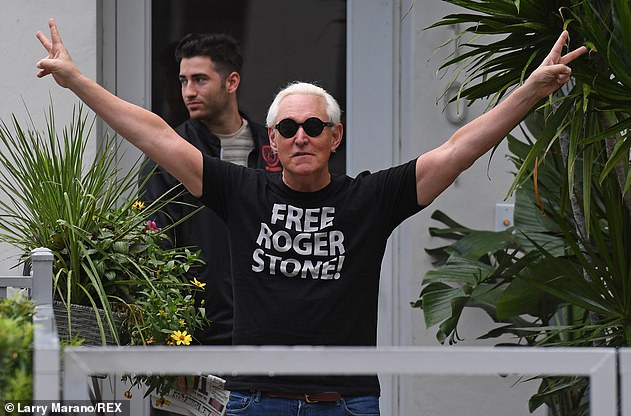 Toobin did not reveal whether he actually hooked up in Velvet. He said Stone took him there because it is the place where a prostitute had told him of a date with former New York Governor Eliot Spitzer, which Stone later revealed, forcing Spitzer from office

The small head is ruling the big head. I wonder who he was thinking about when he was having fun with himself?

Comment by vaughn mitchell on November 13, 2020 at 4:18pm
Nasty, stupid , ratchet, wtf, did he expect, he couldn't wait until after the zoom call.

What is that about a probe? LOL X plenty.