We are Black women. Stop calling us ‘women of color.’ Our lived experiences are not interchangeable.

We are Black women. Stop calling us ‘women of color.’


Our lived experiences are not interchangeable. 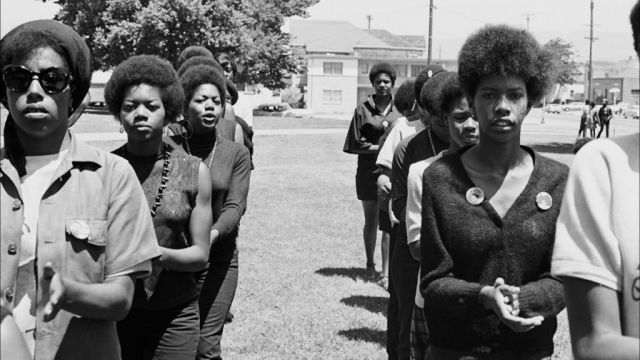 The convenient catchall “women of color” (WOC) is an easy descriptor in a world obsessed with shorthand and acronyms. But, as Black women, we stiffen. The phrase evokes the subtlety and complexity of identities erased over the span of 401 years.

At the same time, the term obscures the varied realities of Latinas and Asian, Pacific Islander and Indigenous women. We all become an amorphous monochrome, our multidimensional heritages and ancestries neutralized.

Ironically, the WOC terminology was coined by Black women in the late 1970s as a rejection of the disparaging label “minority.” Similar to notions of “post-racial” and “colorblind,” the term “WOC” negates racial identity in the service of racial unity. Over time, the contrast has become not one of multiethnicities but simply a White/non-White binary.

We are Black. The term is direct and invokes something visceral and difficult for those who are non-Black to embrace or understand. In our lifetime, the more comfortable identifiers have morphed from “Colored,” to “Negro,” to “Afro-American,” to “African American.” The explosion of multiculturalism created a “we are the world” rainbow. Through it all, we remained Black. Not a label or a color, Black is an experience; it is the glue of our unique legacy in this country.

The ongoing decennial census drives home the hollowness of a monochromatic big tent that describes everyone but no one. Microtargeting and data drawn from distinct racial and ethnic populations are vital to ensure that services and funding reach identifiable communities. This is why there is no “people of color” box among the 19 categories (including “some other race”) on the 2020 Census. How many households are headed by women, and who are these women? How many homeowners, small businesses and jobs are in a community? These questions are especially important for Black women, who are disproportionately the breadwinners, health-care deciders, entrepreneurs, single parents and caregivers in their households. Identifying ourselves by specific ethnic/racial group is a critical tool to achieve racial equity and economic parity.

On the electoral front, imprecise labels dim the political spotlight that Black women have earned over many election cycles. The addition of Sen. Kamala D. Harris (Calif.) to the Democratic ticket brings this issue of identity into sharp relief. Her multidimensional background does not undermine or erase who she is. She acknowledges and celebrates the Indian part of her heritage — but she self-identifies as a Black woman, whose character was shaped by her experience at Howard University, a notable HBCU (historically Black college or university). It is the reason her identification with Alpha Kappa Alpha sorority — one of the “divine nine” national Greek-letter organizations enshrined in the Black campus experience — matters. These are aspects of Black identity that are unique, with no context in the amorphous WOC universe.

As Black women, we accept expressions celebrating WOC as the “backbone” of democratic change. And yet, data and election returns across the nation reveal it is specifically Black women who have emerged as the most consistent voting bloc, especially for the Democratic Party. “Black Girl Magic” over-performs and outdistances all other demographic groups. Look at the 2016 presidential race in which 94 percent of Black women voted for Hillary Clinton; the comparable percentages for Latinas and “other” women were lower by nearly one-third. It’s not true or fair to conflate Black women’s voting behavior with an impossible-to-quantify WOC electorate, far-flung across ethnicity, race and region.

The bottom line is that our lived experiences are not interchangeable. Therefore, the solution must be unapologetic identity politics that affirms and celebrates who we are: Black, Latina, Asian, Indigenous, biracial or whatever origin you claim and own. Each community deserves to shape and call out its specific name and narrative. The politics of change have been largely defined by women who have nothing to lose and more to gain by standing up and being counted. This cannot happen through a multicultural kumbaya that impedes owning who we are. Whether it was gaining the right to vote or seeking pay equity, as Black women, our experience may be shared with all women, but it’s not the same.

Breaking down barriers across races, ethnicities and cultures is transformative. Our individual and collective experiences can bridge seemingly intractable divides. That is a wonderful goal. But the experiences of Black people, or any racially oppressed people, should not be subverted or erased in the quest for an idealized but elusive rainbow.

In this consequential election season, all votes matter. And identity matters, especially for Black women who have commanded and earned center stage as electoral change agents. It matters more today than ever.

Lol black females have accepted that term for so long, instead of fighting for their own causes they too busy making white women comfortable, they created and joined the me too movement for white females im hollywood who chose to be whores, but never fought for their own equality, negros these days follow after white people, they fight for white agenda, like they all want Trump out of office for the same reasons white people tell them to, Trump is a white agenda after you vote him out what will you get, how are things are going to be better? Wait i know as long massa is happy youre happy, like Malcolm X said you are the democrats puppets, they cannot get in office without you, you send them to Dc and they do nothing for you, you have never make up your mind to vote for your own candidate, they tell you who to vote for, when and why you should vote, by telling you the same lies, your life depends on it, you have all to lose, and you are still marching for the same issues, how retarded is that, when will you fight your own fight other than making white people happy, you are still their slaves, they give you welfare and projects apartments you should be happy

We are Not Black Women either we are Aboriginal woman.