Mom and dad of FIVE are shot dead 'by teen gunman who robbed them of $3,000' after they responded to Letgo ad selling Toyota Rav4 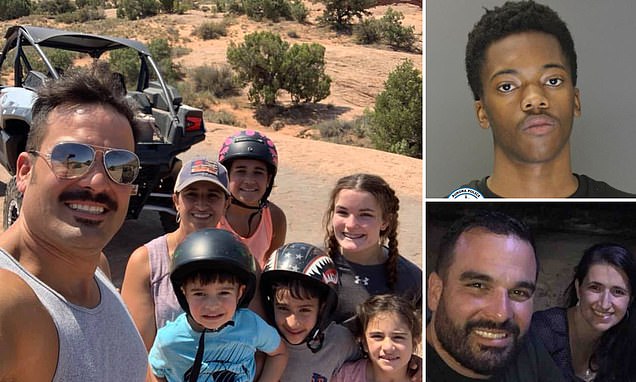 An 18-year-old man has been charged with the murder of a couple who were shot during a phony car sale that was arranged online, police say.

Joseph Roland, 39, and his wife Jossline Roland, 40, were shot outside an apartment complex in Aurora, Colorado, while trying to buy an SUV.

The couple were not aware the car was stolen when arranging to meet the seller at around 11pm on August 14, an arrest affidavit filed in Arapahoe County District Court said.


Kyree Brown has been charged with two counts of first-degree murder after allegedly admitting to shooting the parents, who have five children, the Denver Post reported. 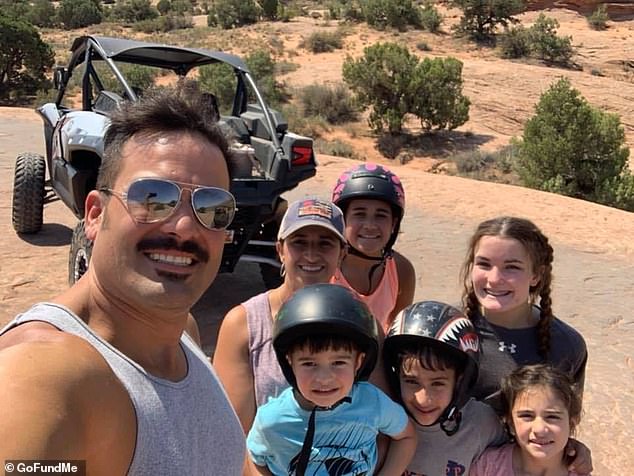 Mother and father of five Joseph and Jossline Roland, 39 and 40, (pictured) were shot outside an apartment complex in Aurora, Colorado, on August 14 during a phony car sale 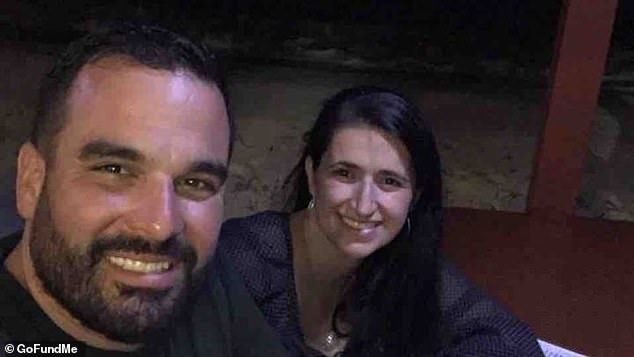 Mr Roland, who was operations manager at ABM Industries, agreed to buy a 2017 Toyota Rav4 through letgo, an online website for buying used goods.

He had arranged to meet the seller in Southlands Mall car park with his wife, who was a firm administrator at Dianne Sawaya law offices.

But after arriving, Brown told the couple he brought the wrong car title and asked them to follow him to an apartment on East Cornell Circle.

Brown allegedly pointed a 9mm handgun at Mr Roland while the couple were still in their car and demanded the money.

Brown allegedly grabbed $3,000 from the car and fled from the scene before trying to burn the car by pouring gasoline on the seats.

Aurora Police said that Brown posted the car advert on letgo under a fake name, but used an email account that detectives were able to link him with.

Police added that his mobile number was found through the online goods website. 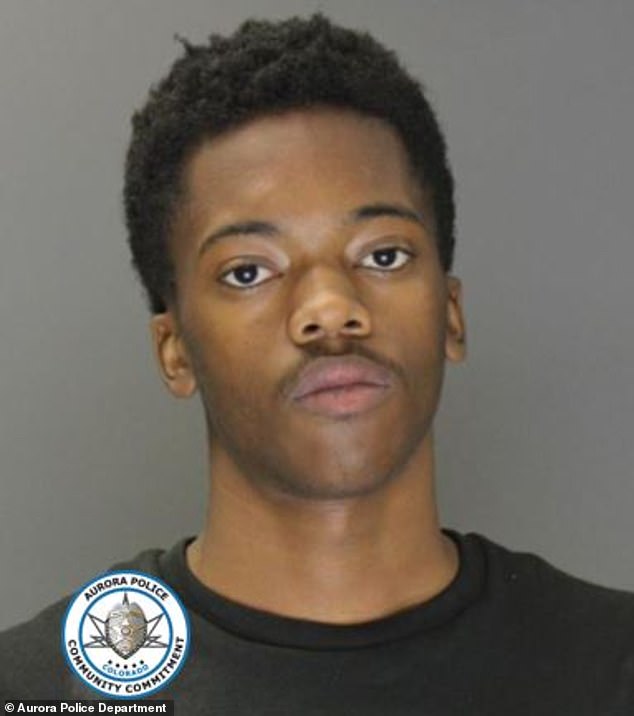 Kyree Brown, 18, (above) has been charged with two counts of first-degree murder after allegedly admitting to the shooting. He was detained on August 27 after a police chase

The phone had pinged towers near the mall, apartment complex and location where the car was burned, near Havana Street and East Colfax Avenue, police said.

The couple died within five minutes of each other after being rushed to hospital, CBS Denver reported.

Brown was detained on August 27 after a short police chase, which ended near 29th Avenue and Central Park Boulevard in Denver.

A fundraiser has been set up by Brittany Southerland to raise funds for the couple's five children.

It reads: 'Anyone who knew Joe and Jossline would remember they were always the first to help. They were the best people you could know and their door was always open to friends and family.

'We would like to raise money for their children. No amount of money can replace what they’ve lost, but maybe we can pull together and provide some financial security for them.'

Comment by mr1stroke on September 6, 2020 at 6:10pm
Bombahdrop its just crazy how innocent people keep paying the price of this evil world

This scumbag vermin fungus among us, should be castrated, then  given the electric chair.

@mr1stroke, demons that's exactly what these evil people like him are. they are possessed by the devil.

Comment by mr1stroke on September 6, 2020 at 12:31pm
caribmama after committed such crimes and pit so many in pain, i dont hope he gets out nor turn his life around, being in prison does not pay the debt of life, i wish pain for him, and hope he finds it from his surroundings, there is no place in this society for those little demons, thats why they are always killing each other after committing crimes. Happy sunday

Yes these youngsta's are defiantly punks. I think at one point in our lives we all have done something that we may have regretted. But it survival of the fittest. You are right...only take a life if it is truly necessary. This is such a sad case and now he's going to do a bid and a family is without their loved ones. Let's hope he can get out sometime in life and turn his life around.

Comment by mr1stroke on September 6, 2020 at 2:34am
caribmama lets not ask why they met him a such time, he got what he wanted, why exactly did killed them, he could of walked away

I was a stick up kid in North philly when i robbed someone i asked for what i needed, if its $50 i wanted and you had $100 ill take the $50 and walked, i would only hurt someone if my life was on tbe line, when i came to NY i realised niggas in NY were punks so i showed them how to do it clean, on fridays i robbed a whole chinese restaurant. When you ordered as soon as you pay i take the food, my mom and sisters ate good, my crew ate good, i take no remorse or regrets, and i always tell my peoples no killing or hurt unless their lives is on the line, walk away if they have to, there will be another day and someone else to rob

So today i am where i am because of the choices that i made, today sunday i have some business people who invited me to play golf, i hate golf but i am going to front and get there, thats what success do, on monday i am throwing my daughter the biggest summer bbq, all her friends and family, we will practice social distance, i have a thousand box of mask and gloves and all tables are set apart, my property is 5 acres and 2 of them are cleared of wood so we have enough space, i am proud of whom i become, if you are evil you will do evil things and it just a matter of time before you run out of time, so watch him die the worse way

Comment by mr1stroke on September 6, 2020 at 12:42am
Lol the n***** is so obsess with me, a serious story like this every one are reacting but he must ride my dick, i will finish you until no one remembers if you were a member on here, i dare you show any one these responses if you have any one who cares foe you, they will look at you like you are a waste n*****, you old n*****, this is not for old people, put on your diapers