Donald Trump bans ALL immigration into the U.S. with executive order to 'protect jobs' amid coronavirus pandemic 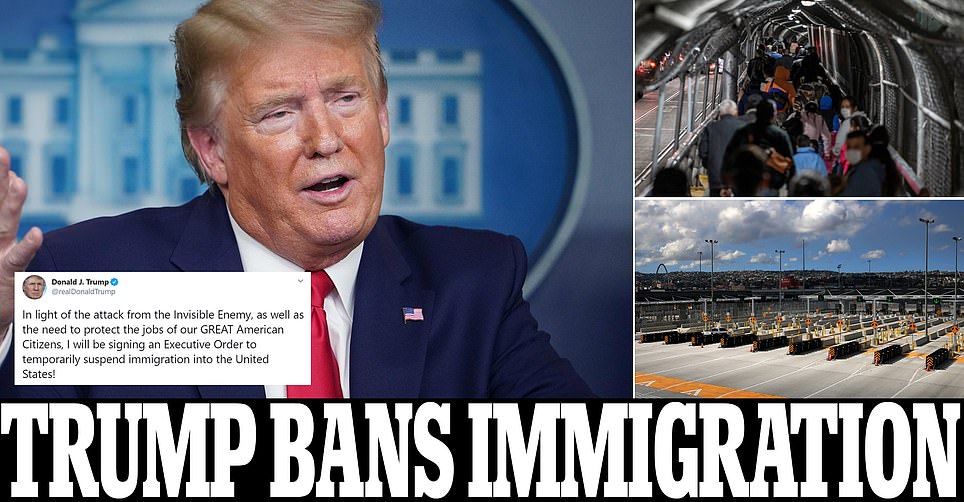 The president tweeted Monday: 'In light of the attack from the Invisible Enemy, as well as the need to protect the jobs of our GREAT American Citizens, I will be signing an Executive Order to temporarily suspend immigration into the United States!'

At least 22 million Americans are now out of work as tough measures to control the coronavirus outbreak wiped out 13.5 percent of the workforce and 10 years of job growth.

There were 5.2 million new claims for unemployment benefits filed last week, according to the latest Labor Department figures released on Thursday.

The staggering number of first-time claims was on top of the 16.8 million applications filed since the virus took hold in mid-March.

In an address to the nation last month Trump announced a drastic ban on foreigners traveling to the United States from Europe.

He had already banned travel from China as the COVID-19 outbreak was spreading from the city of Wuhan. 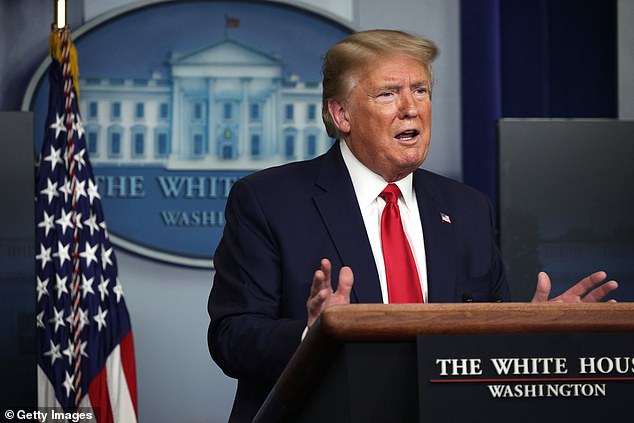 Donald Trump bans ALL immigration into the U.S. to 'protect jobs' amid coronavirus pandemic

This is something Chetos man wanted to do all along, I swear he doesn't think before he speaks or act . he thinks every one is on the same intelligent level he is on and can't see through his bullshit. he is so power hungry

Who is going to pick all those vegetables and fruits. and work at the farmer's market? Not too many Americans.