Nearly 2,500 Americans die of coronavirus in just 24 hours - marking the highest numbers of deaths in a single day during the pandemic 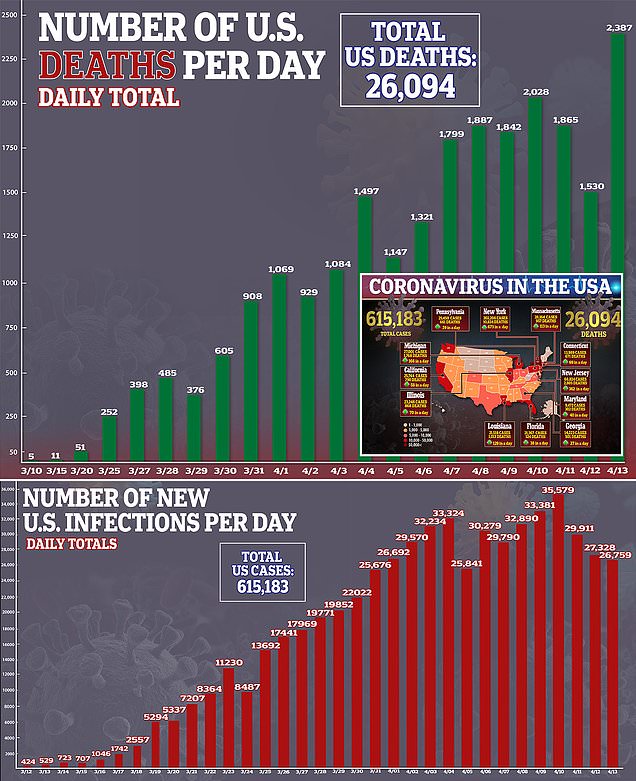 Nearly 2,500 Americans have died of coronavirus in just 24 hours - marking the highest number of deaths in a single day despite several days in which the number of fatalities fell.  The increase in deaths on Tuesday brought the total death toll in the United States to just over 26,000.  More than 600,000 people have now been infected with the coronavirus in the US after the number of cases increased on Tuesday by 26,500. Deaths in hard-hit New York state are now at 10,842 after increasing by 786 in a day.  New York state, which remains the epicenter of the US outbreak, has more than 203,000 confirmed cases.

Many of us have lost family and friends due to this "virus" yet I still don't believe the numbers......