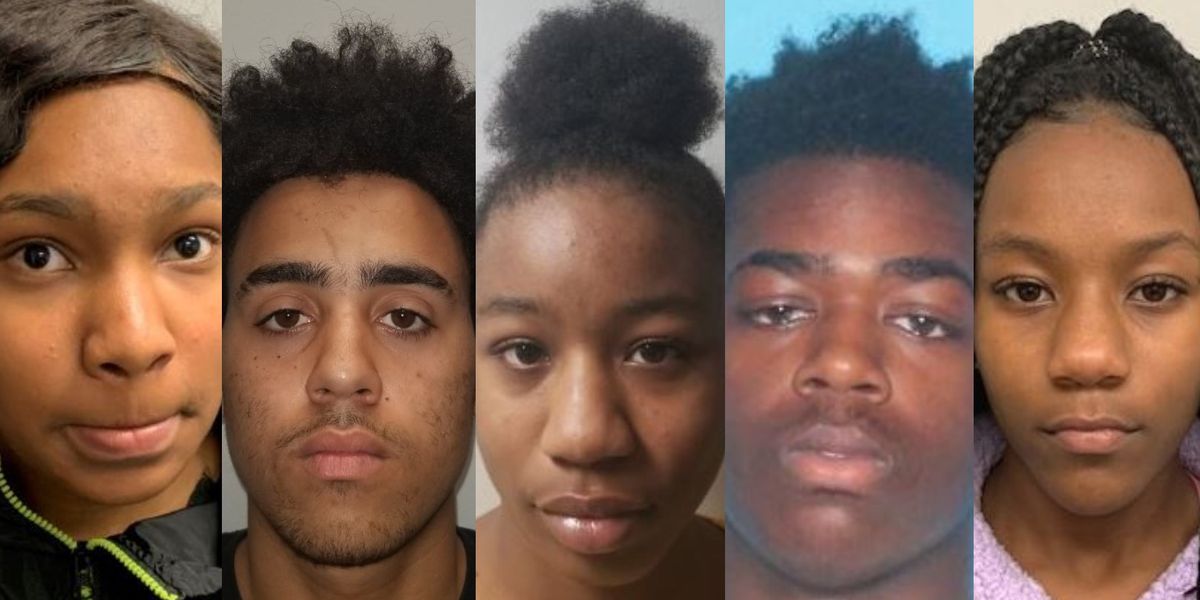 These five Biloxi teens are each charged with capital murder in the shooting death of 16-year-old Madison Harris. (Source: Biloxi Police Dept.)

Police say the motive appears to be burglary

Five Mississippi teenagers have been charged with capital murder after they allegedly killed a 16-year-old girl in her Biloxi home.

Biloxi police say the motive appears to be burglary.

James Waldeck, who is engaged to the victim’s grandmother, said he lives in the home and first learned something was suspicious when his Ring Doorbell app showed an ambulance at the home. Waldeck told WLOX that the Ring camera, which was on the garage door, also captured images of the suspects.

“Madison was here with her very good friend Paul, and her dad was in the back yard raking leaves,” Waldeck told the station. “One girl came in, I saw on the Ring Doorbell about a half-hour before. And then, according to my Ring Doorbell, four of them charged in an unlocked door here at the carport. And within a matter of ten seconds, the shooting and screaming, and then them running out the door being chased by Paul, her friend, and then her dad.”

Waldeck said Harris knew some of the teens charged and considered them to be friends.

“They were in our house a number of different times, I thought as friends, yes,” Waldeck told WLOX. “They just lived two or three houses down and across the street.”

But Waldeck thinks the murder is linked to a burglary that occurred at his house two weeks ago.

“We think they (suspects) were involved in a burglary at the house two weeks ago,” Waldeck explained to the station. “Of course, the police were called and we were pressing charges against that first crime, and we’re afraid this may have been retaliation against us reporting their crime.”

However, Waldeck said he thinks the accused intended on murdering Harris, perhaps because they were angry that she knew about the earlier burglary.

“Premeditation. Definitely. ‘Cause the video doorbell lasts 15 seconds or 30 seconds for them to come in, shoot. You hear screaming, then everybody running out the door,” Waldeck said.

SMH.....every story I have read this morning is just bad....

Comment by mr1stroke on March 2, 2020 at 1:53am
Thats the best and highest education they can get, so let them do what they do best and wait for the outcome

I remember these white teenage kids killed the boy and wolf pond in Staten Island and I never saw that pictures in the newspapers or all over Airways and I knew one of them but when black youths do something or is accused of something their picture is all over the place. Let thank our great American media for being so even handed. FOH