Boxer Gervonta Davis Charged With Battery Of His Baby Mama

Boxing champion Gervonta' Tank' Davis has turned himself into police on a domestic violence charge after a video surfaced showing him violently grabbing his ex-girlfriend went viral.

"As a result of an ongoing investigation after being notified through social media and the victim, on February 1, 2020, the above pictured subject was observed battering his former girlfriend whom have a child together. The below individual surrendered himself to the Coral Gables police detectives assigned to the case," a news release from the Coral Gables Police Department read. 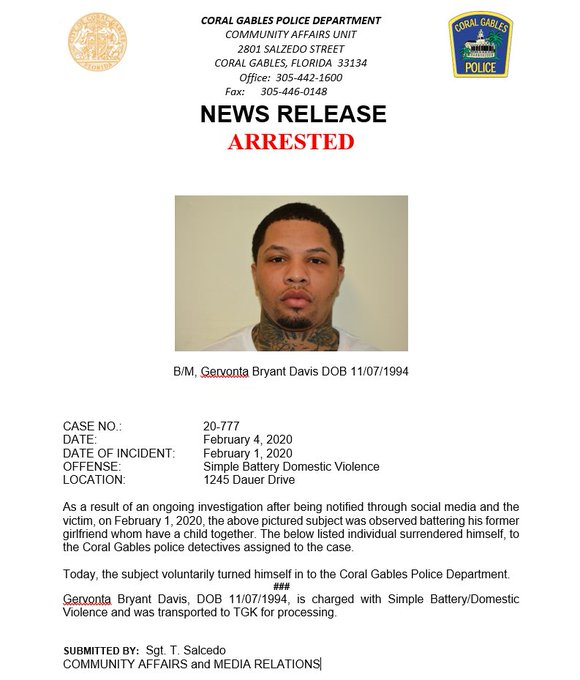 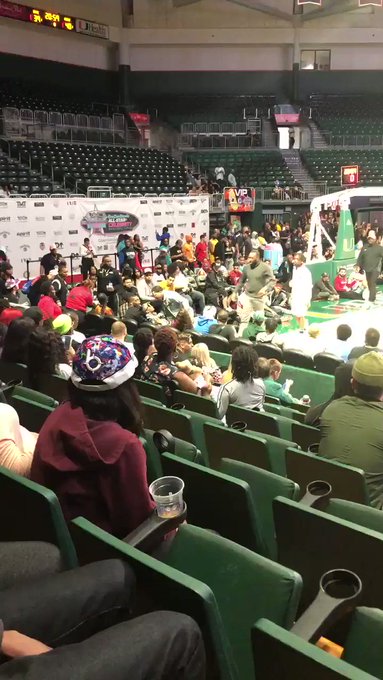 Since the incident made the rounds on the internet, Gervonta hopped onto his social media in an attempt to quash the rumors.

"I never once hit her, yea I was aggressive and told her come on... that's the mother of my child I would never hurt her other than that happy New Years.. January was trash," he said in the since-deleted video.

The Floyd Mayweather protege has been charged with one count of simple battery domestic violence. 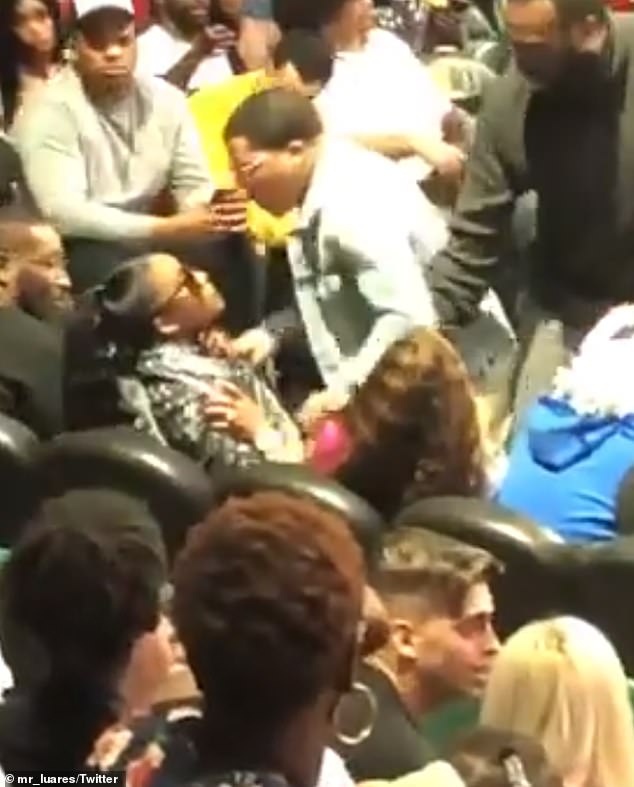 Boxer Gervonta Davis was caught on camera grabbing a woman by the throat and pulling her out of her seat at a charity basketball game.

The 25-year-old lightweight champion got into a heated argument with the woman, who he later confirmed was the mother of his daughter, during the game in Miami on Saturday night.

Davis acknowledged the incident after the video went viral, insisting that he didn't hit the woman.

'Yeah I was aggressive and told her come on,' he wrote in a post on his Instagram Story.

'That's the mother of my child. I would never hurt her.' 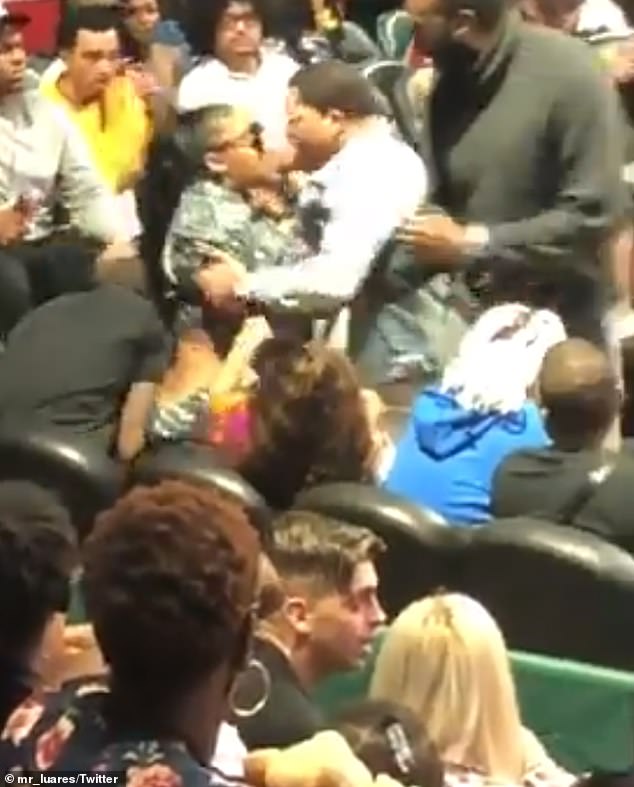 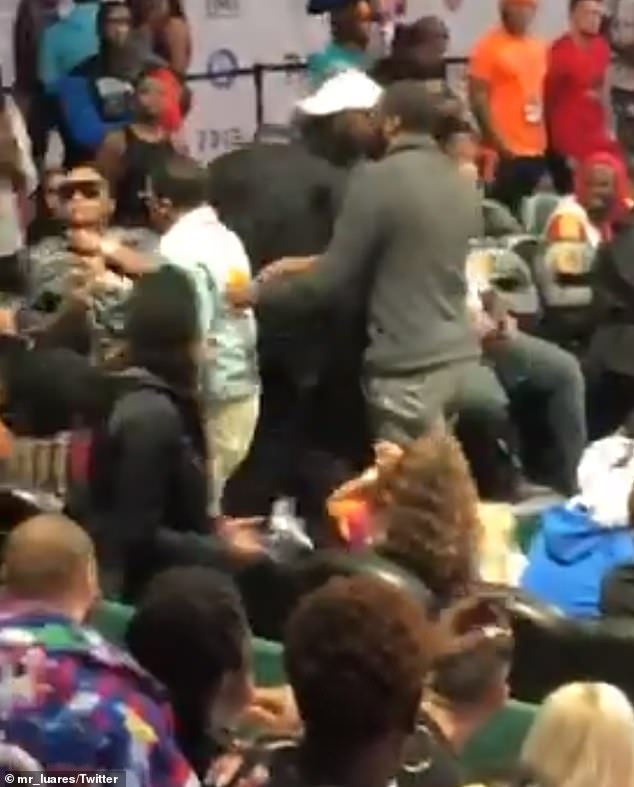 Witnesses told TMZ that the pair began yelling at each other on the sideline before things turned physical, but it's unclear who escalated the argument.

In the video Davis is seen pulling the woman out of her chair before they were escorted out of the arena by members of his entourage.

It does not appear that either of them were arrested.

TMZ reported that the organizers of the event are upset with Davis over the altercation.

The incident occurred about a month after Davis agreed to a new custody agreement with the woman, identified by celebrity news site Bossip as Andretta Smothers, under which he will pay her $10,000 a month in child support. 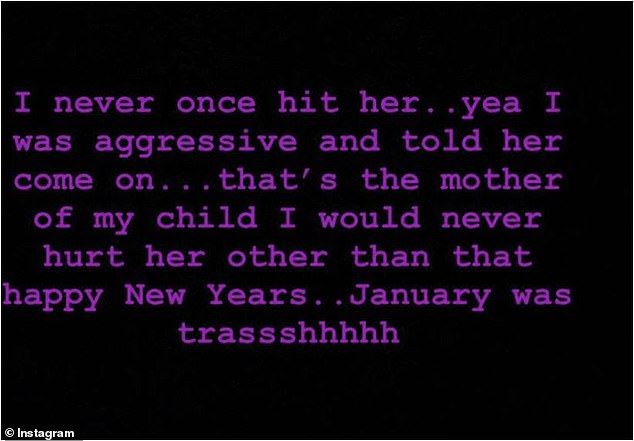 Davis acknowledged the incident in a post on his Instagram story (pictured) after the video went viral, insisting that he didn't hit the woman

Davis is a fast-rising star in the boxing world.

The Baltimore native has a record of 23-0 and currently holds the WBA (regular) lightweight title after previously competing at super featherweight.

The fighter is promoted by boxing legend Floyd Mayweather, who has called Davis a potential successor and future household name.

Davis also has a history of violence.

He faced assault charges, which were later dropped, in 2017 after reportedly punching a childhood friend in the head.

He was also accused of getting into a fight with a man at a mall in Virginia and was charged with disorderly conduct after a street brawl in 2018. 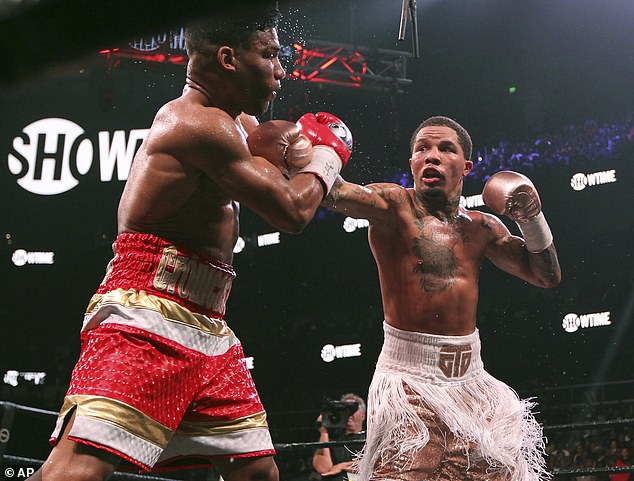 Davis has a record of 23-0 and currently holds the WBA (regular) lightweight title. He is pictured fighting Yuriorkis Gamboa on December 29

Comment by gina gene on February 3, 2020 at 12:12pm
Majority of these celebrities baby moms & sports wives are in an abusive relationship/ marriage but is too afraid & broke to leave!! I dnt hve a damn how hard his punch is those chairs wouldve been flying upside his fkng head!