Father, 54, and daughter, 22, who 'kidnapped and raped a Las Vegas woman before leaving her for dead in the desert after a week'

A father and his lesbian daughter have been charged with what police are calling the kidnapping and rape a 40-year-old Las Vegas woman.

Authorities claim that Stanley Alfred Lawton, 54, and his daughter Shaniya Nicole Poche-Lawton, 22, raped a woman and then left her for dead in the California desert.

The victim, whose identity is anonymous because she was sexually assaulted, was “lucky to be alive” after surviving her week of abduction - the police told the media.

On social media, the sexual assault she suffered is being described as a "gang rape."

Police are saying that the father and daughter duo held the woman captive for a week. During that time, authorities say, the victim was so cold that she suffered from exposure to the elements.

The woman was kidnapped on Oct. 30.

Shaniya and her father Stanley currently face charges of kidnapping to commit robbery, attempted murder, kidnapping from outside the state, forcible rape and 3 counts of first-degree ATM robbery.

The pair is scheduled to appear in a California court to answer to the felony charges on Nov. 12. 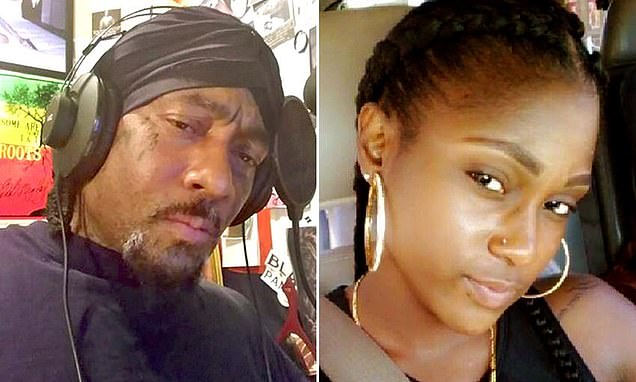 Thank God allowed this woman to live in order that these two evil entities could be caught, no telling how many more woman are man would have been raped and left for dead if not for this woman surviving. Evil is truly running rampant. Demonic influence is taking over the minds of the evil doers. Lord have mercy!

I am so glad that the bail is very high. The punishment should be a return of the favor, by leaving them tied up in the desert. The apple does not fall far from the tree. This animalistic behavior suggest that the two may be predisposed to violence.  They should never see the light of day again outside of a prison.

Comment by Robert on November 9, 2019 at 11:30pm
Always been in our society but now with the media internet and Telecommunications we can hear about them more steadily

He must have been having sex with his daughter, no doubt.

DEMONS are real.  These kinds of things are too prevalent in our society. SELAH