Granddad, 64, 'shot dead his six-year-old grandson before turning the gun on his wife, 61, and then himself in horrific murder-suicide' as four-year-old granddaughter ran for help 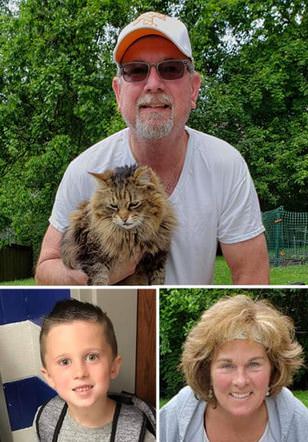 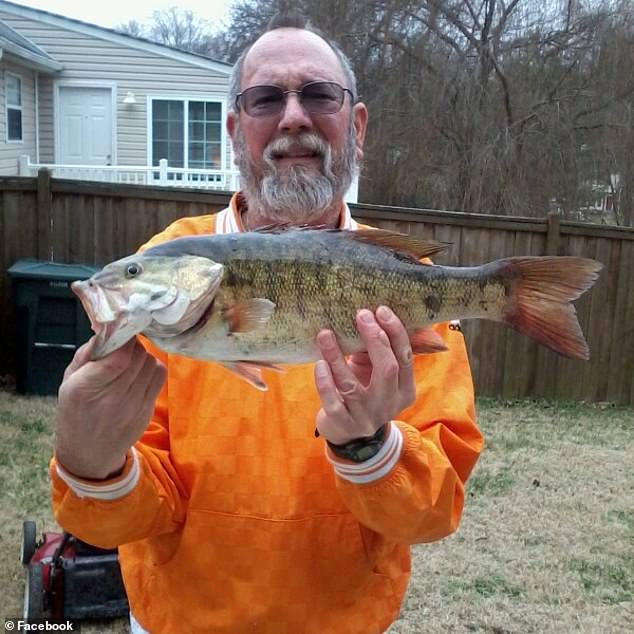 A grandfather shot dead his wife and young grandson before killing himself in an horrific murder-suicide, according to police in Tennessee.

Terry Majors, 64, is believed to have shot dead his wife, Leigh Shea-Majors, 61, and six-year-old grandson, Ty Dodson, before taking his own life on Saturday night.

His four-year-old granddaughter was uninjured and ran to a neighbor's home for help after authorities say she witnessed the horror.

Metropolitan Nashville Police said that the shooting occurred in the neighborhood of Hermitage and the shooting remains under investigation.

It is understood the youngsters were visiting their maternal grandparents in a routine trip after spending some weekends with both sets of grandparents and extended family.

Ty's father is reported to have died before he was born. Leigh and Terry are understood to be the parents of his mother, Jennifer Smalling. 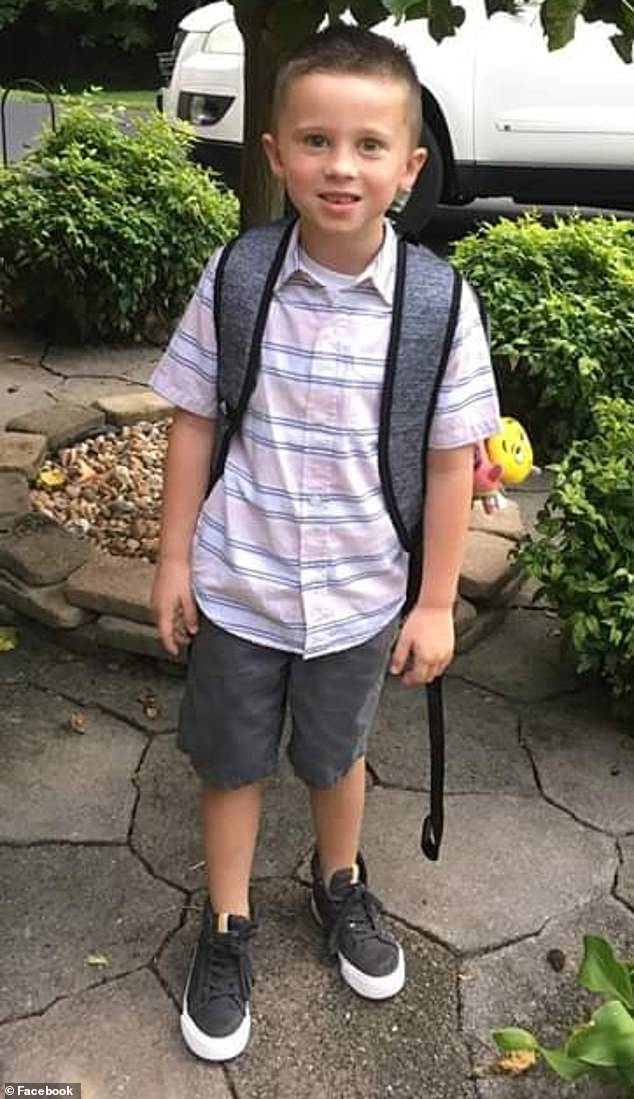 Ty Dodson, pictured, was shot dead by his grandfather on Saturday night, according to police

Police said 64-year-old Terry Majors, pictured, is believed to have fatally shot his 61-year-old wife, Leigh Shea-Majors and 6-year-old grandson, then shot himself 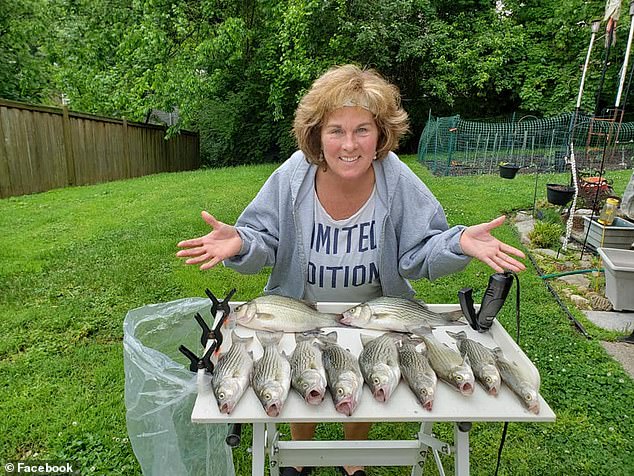 It is understood the youngsters were visiting their grandparents in a routine trip. Leigh Shea-Majors is pictured

'I'm just as dumbfounded as everybody else is to why something like this had happened. I know that they loved their grandkids very very much.'

His uncle Chase Dodson, who is raising money for his funeral on Facebook, told WKRN he believes Ty, who had just celebrated his sixth birthday, would have told his younger sister to run.

Chase wrote on Facebook: 'My nephew Ty Dodson was visiting his grandparents on his moms side this past Saturday night in Tennessee.

'This visit went extremely wrong and the step-grandad murderd his wife, my nephew, and then cowardly turned the gun on himself. This was a shock to both sides of Ty's family. '

In an earlier post celebrating Ty's birthday, Chase had written: 'August 26th, 2013 Changed my life forever. Although, with a broken heart from the loss of my brother, and your father only 15 days earlier I tried my best to stay strong.

'I stood in the medical room holding your mom's hand so tight, and once you were born I cut your umbilical cord. As soon as I laid my eyes on you I immediately fell in love.

'Ty, You will never understand how special you are to me. You have grown so fast, and I'm so proud of the young man you have become. Uncle Chase loves you to the moon & back.' 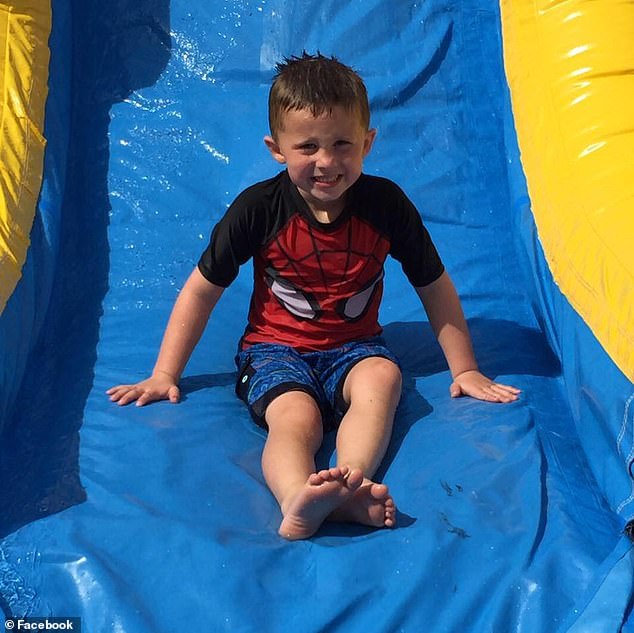 Ty's father is reported to have died before he was born. The youngster had just celebrated his sixth birthday and his uncle believes he would have told his younger sister to run 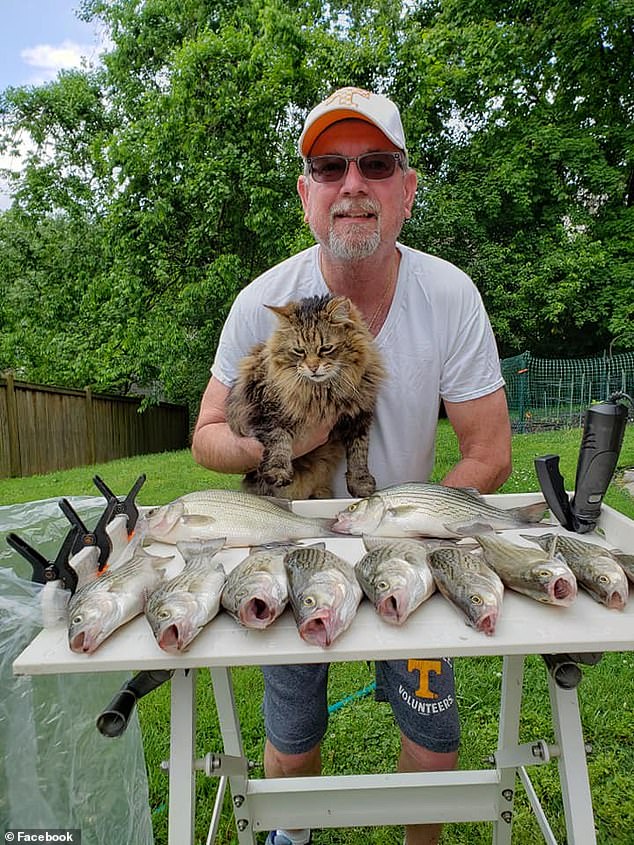 She added: 'He was constantly smiling and wanting to take care of everyone. He has a little sister that's in preschool this year, who he walks in and just makes sure that she would get to school and in the classroom okay.

'It's so hard, when those kids come into your classroom, they become your own and I can't describe how much I love Ty.

Police confirmed the deaths on Twitter, writing: 'Update on Sat's apparent double murder-suicide case on Dockside Dr: Terry Majors, 64, is believed to have fatally shot his wife, Leigh Shea-Majors, 61, & his grandson, Ty Dodson, 6, before killing himself. His 4-yr-old granddaughter was uninjured & ran to a neighbor for help.'

I can't even imagine this families pain of loosing such a handsome lil boy and grandmother in such a senseless way...This is so sad and I wish the family all the best to recover ...God bless this family is there time of need dear lord.