Uh oh. It looks like billionaire Robert F. Smith has caught the attention of the feds who are looking at him for potential tax crimes according to a report from Bloomberg.
Smith, by the way, made headlines last year when he committed to paying off the student debt of the entire Morehouse College 2019 graduating class.

Here’s the bottom line.  Smith is facing an investigation into potential tax crimes that involves hundreds of millions of dollars. He’s said to have been under investigation since at least 2016 which obviously covers the period in which he did that huge favor for the students of Morehouse, his alma mater.

The Department of Justice and the Internal Revenue Service are trying to determine whether Smith, 57, failed to pay American taxes on roughly $200 million in assets that flowed through “offshore structures,” the Bloomberg report says, citing people familiar with the matter.

Smith — the founder and CEO of San Francisco-based Vista Equity Partners — is trying to resolve the probe with a civil settlement instead of criminal charges. But if he’s charged and ultimately convicted, he could face prison time and have to cut ties with Vista, which has $65 billion in assets, according to the story.

U.S. citizens are required to pay taxes on income anywhere in the world. When the IRS catches mistakes on a return, taxpayers generally rectify the problem and reach a civil settlement. Prosecutors can bring criminal cases, however, against those who willfully fail to pay taxes or fail to declare their foreign assets.

Sources also made claims that Mr. Smith has been chatting with prosecutors to possibly get leniency for his cooperation.

Recently, Smith has talked to prosecutors about possibly cooperating with their investigations in exchange for leniency, one of the people familiar with the matter said.

That’s because prosecutors are building what may be a larger tax case against a Smith associate — Robert T. Brockman, a Houston businessman — according to Bermuda court records and people familiar with the matter. The Brockman investigation was reported by the Sydney Morning Herald, though the inquiry into Smith hasn’t been disclosed previously. The two men’s business connections involve a jumble of offshore entities, trusts and foundations, much of it opaque to anyone without subpoena power.

You can read the full investigative piece at Bloomberg. 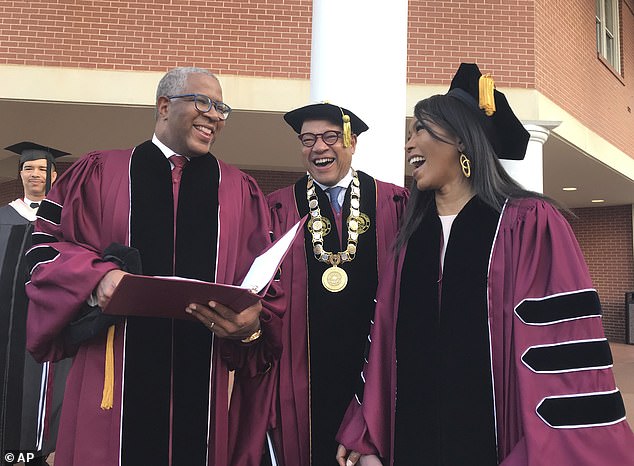 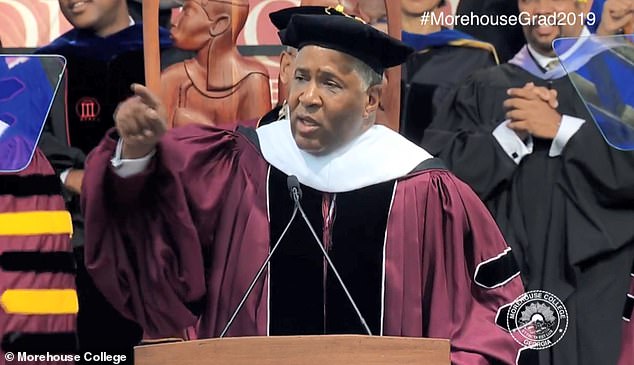 Billionaire philanthropist Robert F. Smith pledged to pay off all of the student loan debt for every member of Morehouse College's 2019 graduating class during his commencement speech on Sunday.

In the span of seconds, the CEO and Chairperson of Vista Equity Partners changed the lives of the 430-some graduates of the all-male, historically black college in Atlanta.

The total price tag of Smith's generosity will amount to approximately $40 million. 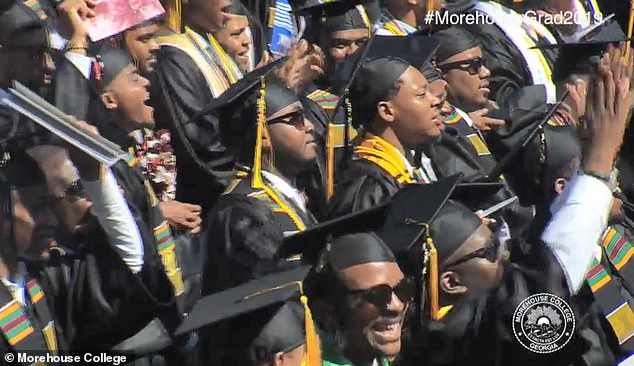 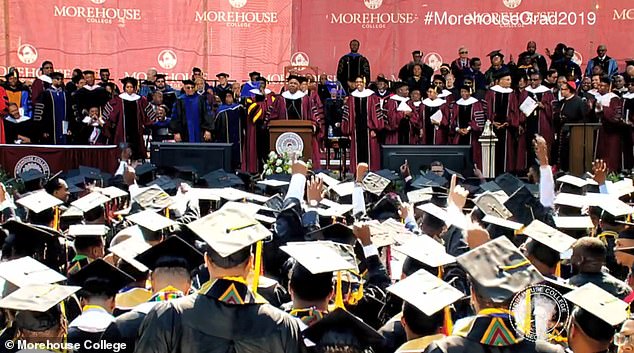 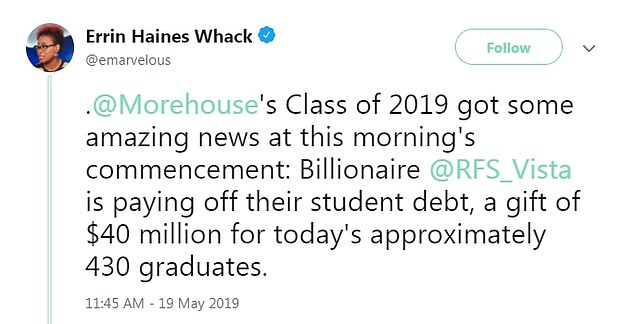 I agree with you Stephen Myers.  A wealthy black person helping out poor blacks or giving back to the poor community is a BIG 'NO NO' for the white man, they can't have that!.  We were never meant to get ahead.  Remember hearing about the 1921 tragedy where that rich black town got burnt out by white supremacists?  The only reason we were brought into this country in the first place was for slavery, nothing else.  White people seem to be very intimidated when a black person or a black community is successful.

Comment by mr1stroke on August 25, 2020 at 11:48pm
Mnyama no n***** like you is ignorant as f***, and joe biden knows it best, you niggers dont have a brain to think or cant make decisions without a white person like pelosi tells you too, but when you see a black person makes his or her own mind, sounds different and think different from you niggers you hate that, and thats why you niggers are dying like dogs in that filthy community, so you can just dye slow and dont worry about me you damn porch monkey

Comment by mr1stroke on August 23, 2020 at 1:22am
Lol you niggers are retarded as f***, but thats what happen when youre broke, this is America every who is making money gets audit or investigate at some point, but let me guess no white person have ever been investigate for tax fraud? This is how the irs work, i got audit twice, as long as you have a good tac attorney, you have all documents on record they aint got nothing on you, but what you niggers need to do is make some real money os find out how the Irs work but if you think its a white and black, let me see all the white people who are cheating their taxes dont get audit or investigate, im sure Maydoff was thinking the same thing when he requested early out due to corona and the judge said no lol

Comment by vaughn mitchell on August 23, 2020 at 12:56am
Wow, so the feds are investigating him, bit Trump's, crooked friends get a get out of jail card for free. Keep thinking that if your black and you have wealth they can't come after you.

He raised a red flag when he gave that money for a good cause, never fails when a Black man does good the Satanic Cabal who rules white AmeriKKKa will bring you down to the depths of hell, just like the white supremacist murdered Bill Cosby's son, and many others, a long list. White AmeriKKKa needs a Black underclass just like they had in Europe, Black people feed the police, prison industrial complex, sell the dope, buy the guns, terrorize their community with gangs to keep people in fear.....Welcome to the terror Dome, AmeriKKKa 'The Great Satan', Malcolm X was way ahead of his time.

It looks like a fairy tale with a happy ending)) However, I am very happy for those guys and girls who received this gift. Studying at a university is a difficult task that requires tremendous attention and energy. My oldest daughter only slept 4 hours a day in her last year at university. I had to remind her to use the help of the writing service on www.writemyessayquick.net/. Otherwise, she would have gotten a nervous breakdown before the exams. Many students from her course were in such conditions (jurisprudence).

i have been reading about him for years and keep following his business tactic on tweeter he does answer questions just like Warren Buffet, this is not his first good deed, there will be niggers and there will always be black men, and every one knows black men alwys built, thats why white people are so afarid, they love niggers and hate blacks, why do you think the first black Mayor in Chiacgo happen to be gay, they will not get some one with integrity, niggers learn how to be gay from white people, and they will do anything to please white people

As you can see from writing an essay https://edureviewer.com/services/payforessay-net-review/, the problem is quite obvious. And individual reasons aren't the reason to give up. And often it ends in defeat because the desire of young people to get the work as quickly and cheaply as possible leads them to swindlers. Finding the cheapest performer, you risk losing money and getting the work of the lowest quality.

They are blessed!  I wish there was someone that had done that for me.