The Duke and Duchess of Sussex, Gives Birth to a Boy 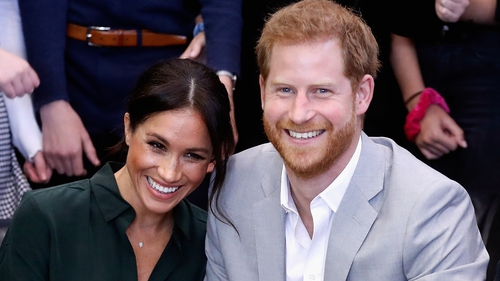 The Duke and Duchess of Sussex — better known as Prince Harry and Meghan Markle — on Monday welcomed their first child, a boy, the first interracial baby in the British monarchy’s recent history.


The newborn is seventh in line to the British throne, behind Prince Harry. It is not clear whether the child will receive a royal title, like those bestowed on the three children of Prince William, Harry’s older brother, and William’s wife, Catherine.

Buckingham Palace said in a statement that Meghan gave birth at 5:26 a.m. and that her mother, Doria Ragland, was with the new parents at their home, Frogmore Cottage. The newborn boy weighed 7 pounds, 3 ounces, the royal couple wrote on Instagram; a name had not been chosen yet.

Her Royal Highness The Duchess of Sussex was safely delivered of a son at 0526hrs.
The baby weighs 7lbs 3oz and The Duke of Sussex was present for the birth.
Read the full announcement here: https://bit.ly/2VMSAVJ

The Duchess of Sussex has been delivered of a son

Her Royal Highness The Duchess of Sussex was safely delivered of a son at 0526hrs this morning. The baby weighs 7lbs 3oz.  The Duke of Sussex was present for the birth. The Queen, The Duke of...

The Queen, The Duke of Edinburgh, The Prince of Wales, The Duchess of Cornwall, The Duke and Duchess of Cambridge, Lady Jane Fellowes, Lady Sarah McCorquodale and Earl Spencer have been informed and are delighted with the news.

1,592 people are talking about this

Queen Elizabeth II has a black grandson.  You know Doria is will make sure nothing happens to her new grandson.  If anything happens to Charles William Kate, George, Charolette Louis and Harry and they can't rule, a black male may inherit the British throne. Hope they name the baby Spencer after his grandmother, Diana.