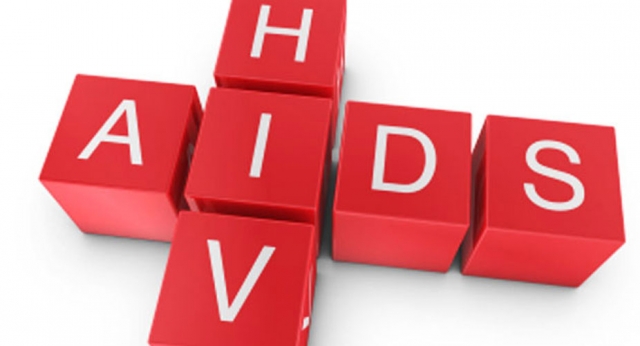 Atlanta is now the HIV capital of the world - the HIV infection rate in Georgia's top city has officially surpassed that of Sub-Saharan Africa. According to the latest numbers from the CDC - you are more likely to get infected with HIV in Atlanta, than in Africa.

Dr. Carlos del Rio, co-director of Emory University’s Center for AIDS Research claims that “Downtown Atlanta is as bad as Zimbabwe.” According to Dr. Del Rio, the disease has shifted from one that affected many gay men and drug users, to a something that affects everyone, but African-Americans with limited health care in particular.

According to the CDC if you live in the southeast part of the country, you are more likely to be diagnosed with HIV than any other part of the United States
In Georgia, 2% of the people have HIV. And in Atlanta, the number is 8% and growing.
The problem is that the risk of HIV continues to rise in Atlanta, while it's shrinking across the world. In Africa and Asia, which was plagued by high HIV rates 20 years ago - countries have instituted programs to stop the spread o the disease. Most African nations have a shrinking HIV rate - while Atlanta's is growing.


Many critics say that Atlanta has been slow to adopt programs to disrupt the spread of the disease.

Some doctors and experts have suggested that residents of metro Atlanta take an HIV preventative medicine known as PrEP. Pre-exposure prophylaxis(PrEP) is a way for people who do not have HIV but who are at substantial risk of getting it to prevent HIV infection by taking a pill every day. The pill (brand name Truvada) contains two medicines (tenofovir and emtricitabine) that are used in combination with other medicines to treat HIV.

We shouldn't be shocked, it is the result of the unhealthy way of life we live, and unfortunately, the statistics are getting worse and worse. Even HIV is dangerous, there are a lot of people that live a normal life with this disease, yes, they a more cautious, they take different medicins, but in fact, it is not that horrible, and people can live with it. Moreover, there are a lot of good websites like prescriptiondoctor.com where you can order your medicine and have a consultation with your doctor for a pretty small sum of money.

This is bad news - very bad. Personal responsibility is the game changer. The churches, local government, and civic groups need to be running a vigilant public health campaign and needs to Trumpet the need to be responsible in sexual choices no matter who you sleep with.. The risks are too great for the fun of a few moments. For some people, this is a hard lesson to learn and the last teacher we would want is to learn by experience.