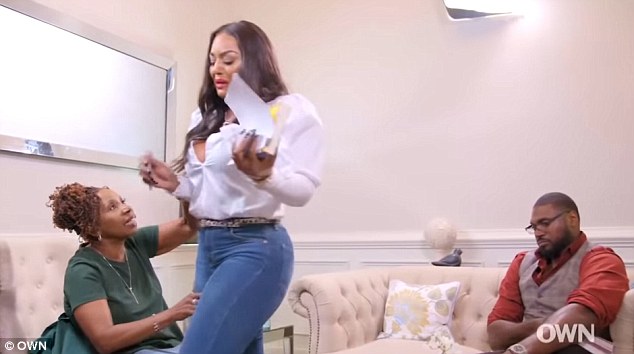 Jason Maxiell shocked viewers of Iyanla: Fix My Life when he admitted to cheating on his wife with 341 women.
The 35-year-old, who used to play basketball for the Detroit Pistons, appeared in the interview with Iyanla Vanzant and confessed to sleeping with the high number of women behind his partner's back during the broadcast on the Oprah Winfrey Network.
Jason wed Brandi Maxiell in 2010 after nine years together and the pair have six-year-old son Jason Maxiell II.

Brandi Maxiell (center) stormed out of her interview on Iyanla: Fix My Life after husband Jason Maxiell (right) admitted he'd slept with over 50 women during their marriage 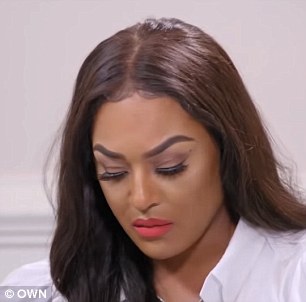 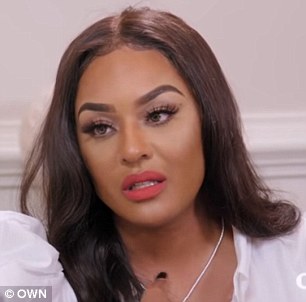 Brandi, 35, was tearful as she was told he had slept with more than eight women, as she had originally thought 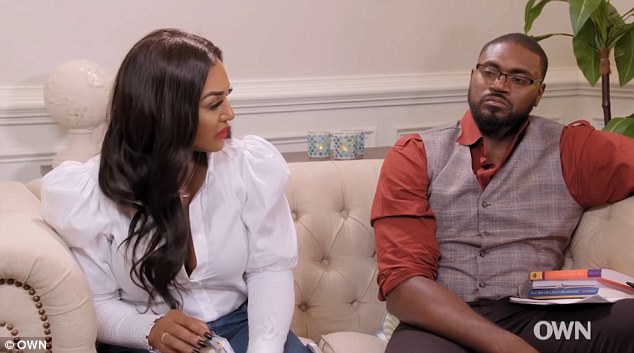 Despite her already being aware of his infidelity, the former Basketball Wives LA star was devastated when he shared he'd had sex with 'over 50 women' in his life.

Calling it 'disgusting', Vanzant asked Brandi why the number was worse than sleeping with 10 others for example.

She was under the impression her high school sweetheart only had eight extra marital affairs.

Brandi responded: 'I'm not saying it isn't. Eight is a lot for me.'

As emotions were heightened, a tearful Brandi gath 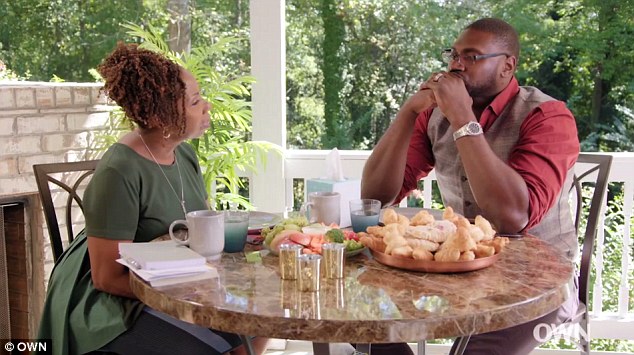 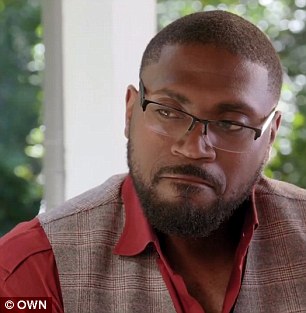 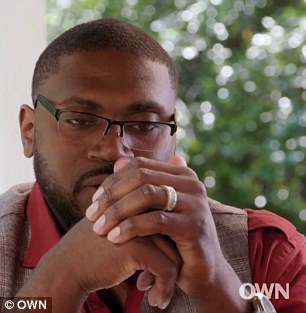 Jason, 35, admitted he didn't know why he was looking to escape as he had extramarital sex with the large number of women

The sportsman had revealed separately to Vanzant his 341 conquests but that was when Brandi, his partner of 17 years, was not in the room.

Jason maintained during the chat that he had been checked out to see if he is a sex addict and he wasn't.

Adding that 'at the time it was easy to do', he divulged that he may have been looking for something else in being unfaithful.

When asked what he gets from the sexual interactions he shared that it was a form of escape.

He responded: 'I don't know, I guess just two or three hours of being away.' But Jason couldn't pinpoint exactly what he wanted to get away from.

Vanzant's reasoning was that a man demonstrates what his father did but is 'who his mother makes him'. 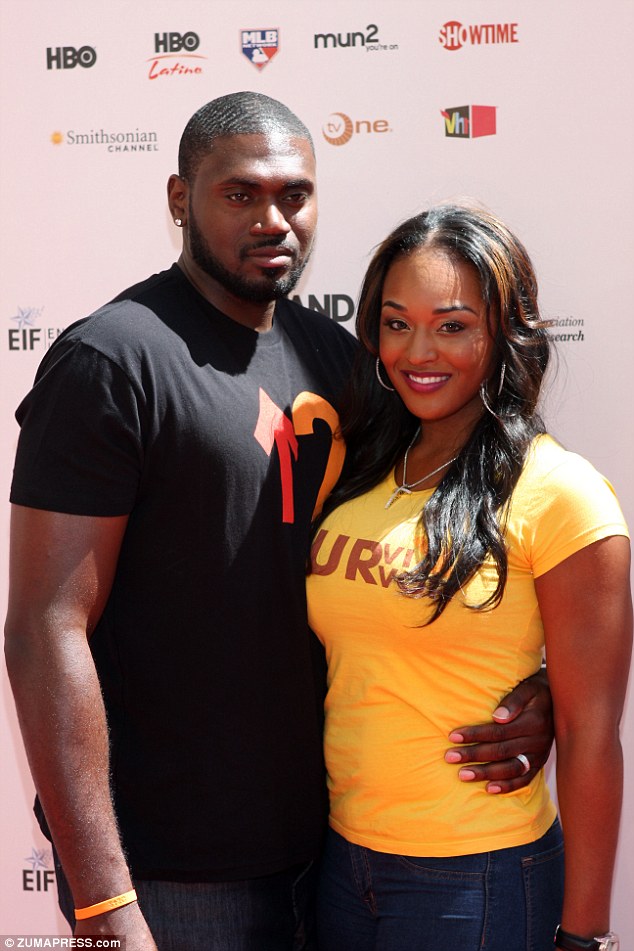 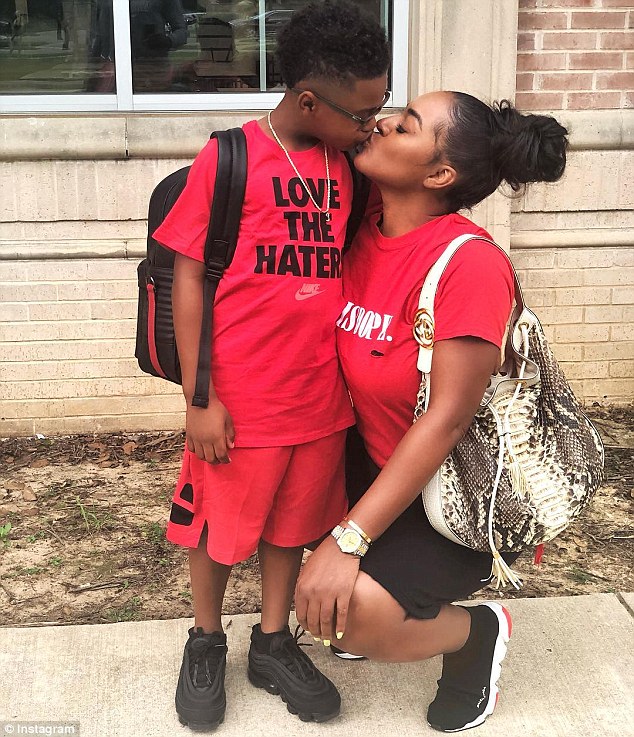 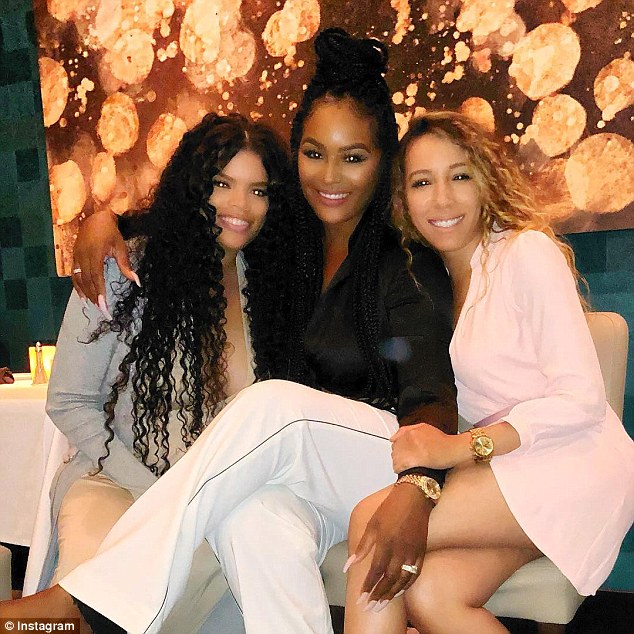 He maintained that he does not and drinks four beers a day, but was told that Brandi and both the couple's mothers believe he needs help.

When Vanzant seperately interviewed Brandi, viewers learned how their son had been caught up in their relationship issues.

Vanzant warned her against her stopping their child from visiting his grandparents when she was not present, she put it down to Jason's apparent drinking problem.

The filming took place a year ago and since then Brandi has posted images of herself wearing her wedding ring at some times but not others.

While Brandi hasn't revealed whether she is still with her husband, she said in a statement to The Shade Room that her focus has changed from being a great life partner to being an excellent parent.

Brandi added that she's concerned her little boy will view the episode one day and been negatively affected.

She said: 'My focus is and has been since we went on this show a year ago, [sic] to shift my ENTIRE life from being a great wife and mother into being the best mother & person I can be!

'I'm aware that my son will someday come across this video and witness what the man of his life has done to his mother & how I stood by and basically did nothing.' 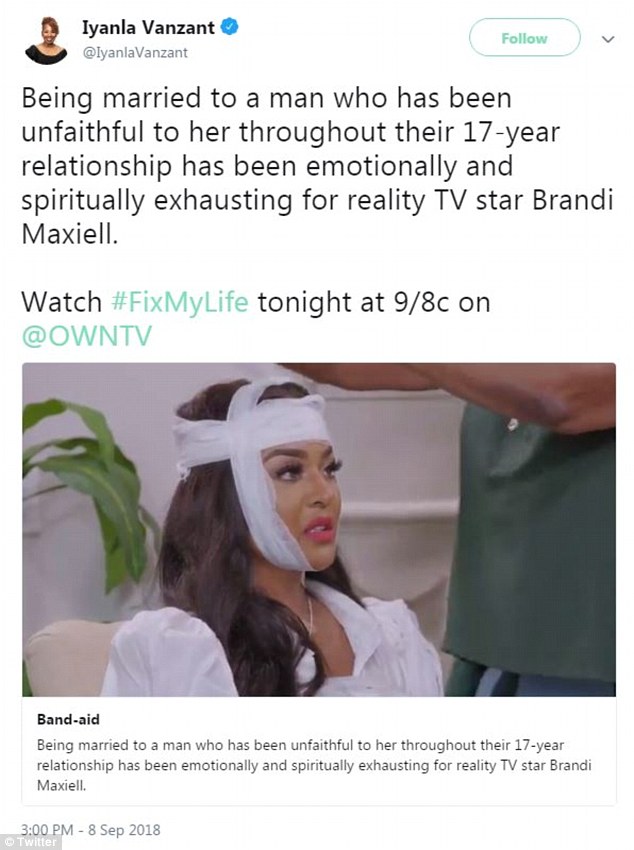 The full episode shows Brandi, Jason and Vanzant try a number of techniques to fix the issues 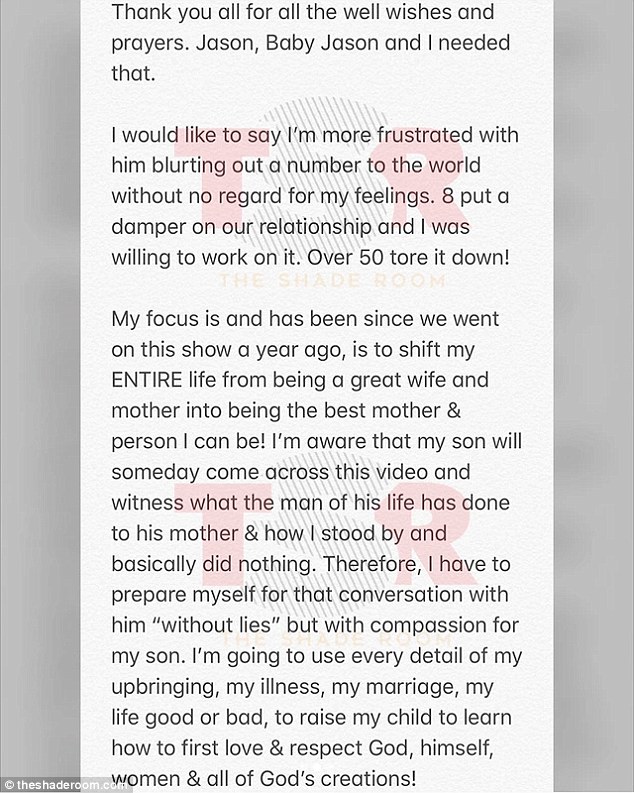 Before they got hitched, Brandi survived ovarian cancer in after being diagnosed with the disease in 2007.

She has previously spoken about her struggle to conceive since then.

'I’m very scared about it because it comes with a risk and that’s scary. I have to go through so much IVF, all the needles and the medications I have to take,' Brandi told Life & Style.

'It’s so overwhelming, so I have to come to terms with that.'

The host is a show rating therapist.  She knew that giveaway statement would have cause a reaction..  it’s sad how she have these guest come on to her show to REVEAL the cliffhanger.. I would never go on to her show

nothing about her being whack .. men are just GREEDY LOL LOL.. if she was whack i dont think he would have married her..  he is just greedy and using his fame to sleep with women.. im sure he is walking around with a stink dick however..  she knows..

perhaps she is staying for the money... he needs help.. or maybe he likes sleeping with all those women.. its a curse for me..

She must have been wack in the bedroom.

Comment by vaughn mitchell on September 16, 2018 at 12:03pm
Damn, why get married. I hope she divorce him, and take everything, damn fool.

Comment by Mr. Johnson on September 16, 2018 at 8:55am
She thought only 8? Dam lucky man. She gave him mad chances to cheat. A real black woman would have said hit the road and give me half. 8? Wow. Hope she gives the next man that same break. Lmao

I had to Google his name to see who he was...why is this news? He's a bum, and still a bum, how many positive people cares who he slept with?