Brian Mulligan, 53, the managing director of media for the international bank, claims he was brutally attacked by the Los Angeles Police Department in May. The grisly pictures show both before, left, and after, right, he underwent facial surgeries. The businessman's injuries required him to be admitted to hospital for facial lacerations and as many as 15 nasal fractures. Romanian Cab driver Nicolae Stan told police stunning Luminita Perijoc, 30, had already forced him at knifepoint to have intercourse and perform oral sex. He claims Perijoc had asked him to help her with his bags but once inside her apartment she pulled out a knife and ordered him to…

Thanks for your patience, we have Tested our new 24/7 radio station and will now put your COMMENTS to work. The player will be removed and RELAUNCHED in a few days

Please keep leaving your comments and the player will be moved to a seperate page.

SENIOR Superintendent of Police James Forbes charged yesterday that his phones were tapped and cops were listening in on his conversations.

"I am not going to give them anything to use so I won't speak with you now," Forbes told the Jamaica Observer in response to a request for an interview.

More than 5,000 people were evacuated in Haiti because of flooding.

The United States Gulf Coast is bracing for the arrival of Tropical Storm Isaac after the United States National Hurricane Center said in an advisory at 5 a.m. today (August 28) that…

The Government of Jamaica has lifted the Tropical Strom Watch associated with Tropical Storm Isaac.

According to the US National Hurricane Centre, a Tropical Storm Watch is now issued for the east coast of Florida. A hurricane warning is also issued for the Florida Keys. Renee Linnell (inset, left) claims Body Evolutions founder Billy Macagnone (center and inset, right) ‘severely damaged’ their Manhattan business by abusing and betraying the women who frequented their gym. Linnell says Macagnone, a sex addict, often did not show up for work because he was napping or having personal workout sessions with other women. 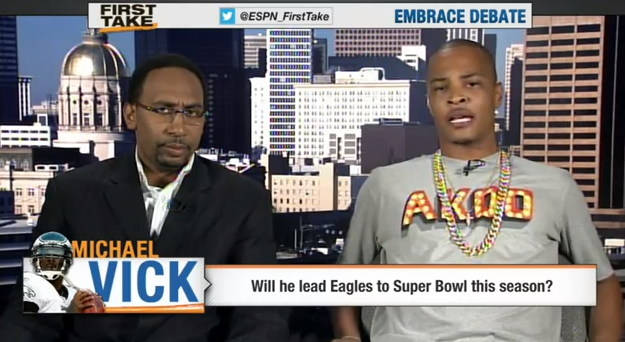 T.I. took on the role of sports commentator earlier today when he made an appearance on ESPN's First Take. The topic of discussion was Philadelphia Eagles quarterbackMichael Vick and whether or not his exciting, but risky style of play contributes to him getting injured a lot.

Tip also talked about what Vick meant to…

When will our corrupt public officials be charged? Haiti emerged dazed but not severely battered as Tropical Storm Isaac moved away from the French-speaking Caribbean Community (CARICOM) country towards its Spanish speaking neighbour on Saturday.

The storm, which was near hurricane strength when it made landfall in Haiti, dumped up to 20 inches of rain as it made its way across Hispaniola, which Haiti shares…

Embattled Prime Minister Tillman Thomas has been holding meetings with his close political allies pondering his next move following a surprise decision by a former government minister to file a motion of no confidence in his administration.

Informed source said that the…

The Navy SEAL who used a pseudonym to write an upcoming book on the raid that killed Osama bin Laden has been revealed.
Penguin Books—which is publishing "No Easy Day: The Firsthand Account of the Mission That Killed Osama bin Laden" on Sept. 11 on its Dutton imprint—said the author used the pen name Mark Owen and changed the…

I wouldn't be seen dead in that! Mummies dug up for a change of wardrobe [PICS] This bizarre local ritual involves family members of the deceased exhuming their ancestors' bodies and changing their clothes. It happens every three years to honour love for the deceased and is carried out in the Toraja district of Indonesia's South Sulawesi Province.

If these mummies weren't already dead, they'd be dressed to kill.

That's because they've been dug up as…

Jamaican MP steps aside in face of corruption case 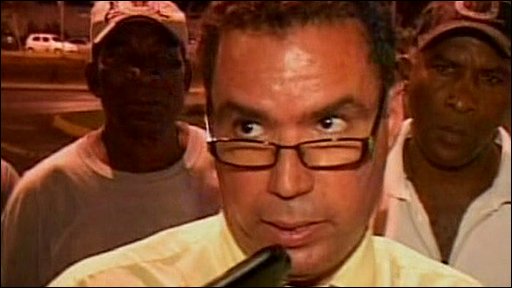 Jamaica’s shadow minister for ICT has stepped down from his post as a result of corruption allegations against him. Daryl Vaz of the Jamaica Labour Party (JLP) stepped down yesterday stating that he would take a leave of absence in the wake of charges of breaching Section 14 (2) of the Corruption Prevention Act. "I have taken this principled position as it is not only the correct course of action but also I would like to distance and minimise the… The mother hurried into the STATION with the boy in her arms and fell on to the rails without seeing where she was going. Horrified fellow passengers rushed to check if the pair were hurt and two bystanders jumped on to the tracks and lifted the mother and child to safety.…

Mayor of Port of Spain Louis Lee Sing Wednesday threatened to take legal action against National Security Minister Austin “Jack” Warner after both men gave contrasting views on a meeting planned with a gang leader to deal with the upswing in criminal activities in Trinidad and Tobago.… Rapper Shyne celebrated his second anniversary - to his Israeli wife.

While serving his prison sentence,…