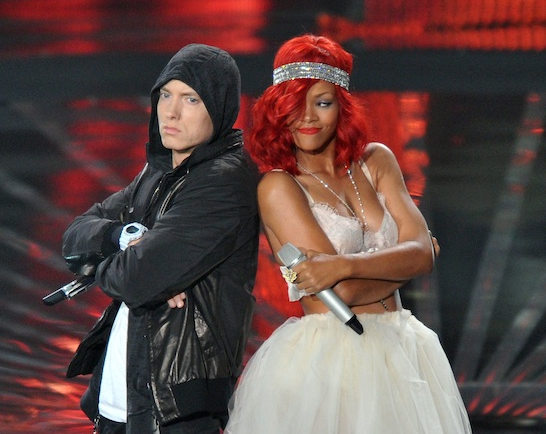 Black Eyed Peas, who claim the top digital selling song of all time moving 7.68 million downloads of ''I…

Three men shot in The City of Barbados

Three people were shot and injured – one in a reported confrontation with the police – last Saturday evening.

Shoppers scampered for safety when gunshots rang out along the busy Roebuck Street, Bridgetown area following a dispute at Brooklyn Finest store. Lamar Hewitt, of New Orleans, St Michael was shot in the torso while another 19-year-old, Andrew Watson, of Wildey in the…

The Jamaica Labour Party and the Peoples National Party are locked in a near dead heat in their favourability rating. That's the findings of the latest RJR/TVJ/Boxill Poll.We asked 1482 enumerated Jamaicans in 216 communities to rate the parties. 47 percent of the respondents had a favourable view of the JLP...this compares to the 44 point 7 percent for the PNP. But with a margin of error of plus or minus 3 percent, both parties could actually be dead even. This… 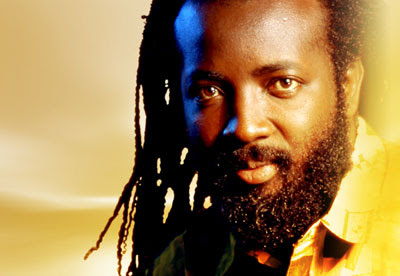 This is it! More than 1.6 million electors to vote today JAMAICANS WILL today journey to approximately 7,000 polling stations across the island to cast their votes to determine the party which will form the next government.

This collective decision will either ratify the ruling Jamaica Labour Party's (JLP) four-year tenure in office, giving the Andrew Holness-led party a second consecutive term in government, or catapult the Portia Simpson Miller-led People's National Party (PNP) to the seat of power after a short…

Beyoncé 'Getting Ready To Check Into Hospital' to give birth

Beyoncé is reported to be getting ready to check into a New York hospital to give birth to her first child.

The heavily pregnant R&B star, who revealed back in August that she and rapper hubby Jay-Z are to be parents, is claimed to have booked half a floor at St. Luke's Roosevelt Hospital on Manhattan's Upper West Side.

Daryl Vaz gets death threats after gay-funding question to PNP

JAMAICA Labour Party (JLP) candidate for West Portland Daryl Vaz  says he has received death threats after asking the Opposition People's National  Party (PNP) to state whether it has got funding from the international gay  community.

According to Vaz, he got two calls on Sunday in which the callers,  he said, admonished him for "fighting against" gays after threatening his …

In years past, when Dancehall fans asked who deserved deejay of the year honors, it virtually became a one man category given the dominance Vybz Kartel exerted annually. However, 2011 may have witnessed the most wide open race for the deejay of the year title, primarily due to the effect that personal issues had on the musical side of things. One of the most intriguing years in Dancehall history, 2011 produced several reputable…

Rihanna’s new video for ‘You Da One’ was the talk of social media during the holiday weekend as it reached over 4.6 million views since being uploaded on Friday.

The video directed by Melina Masoukas, who has worked with Rihanni on six other videos, hit over 3 million videos in her first day with the help of Rihanna’s 11 million plus followers on the social media website,…

Former Prime Minister and People's National Party President, P.J. Patterson, has come out in defence of PNP leader, Portia Simpson Miller's plans for providing jobs for thousands of unemployed Jamaicans. Mrs Simpson-Miller has come under fire since her announcement of the Jamaica Emergency Employment Programme-JEEP. The governing Jamaica Labour Party (JLP) says JEEP is similar to the PNP's 'crash programme' established by the Manley Government in…

UWI student dead and another hospitalised after attending event on campus

Our news centre has learnt that a female student of the University of the West Indies Mona Campus, became ill and died after attending a social event on campus this week. Another student is said to be in Hospital as well, after also becoming ill. The student who died is said to be a Bahamian medical student. It's widely believed they got sick after eating specially baked brownies, while consuming alcohol. Reports are that she was at the event…
Continue

The Warlord Bounty Killer was at his best at Diamond Splash in Negril last night. The killer was armed and dangerous and wasted no time in annihilating his long-time rival Beenie Man. The Doctor was outclassed and left the stage right after his whipping. With Bounty Killer on such a high, can Beenie Man make a comeback in time for Sting?…

I-Octane bottled at show one week and the other week Luciano got Stoned In Port Harcourt!

There are conflicting reports as to what exactly caused a bottle-throwing incident at Sunday's Western Kite Festival held at Mannings School in Savanna-la-mar, Westmoreland. The event featured I-Octane, Romain Virgo and Popcaan. Reports from persons who attended the event that I-Octane worked for 10 minutes, had issues with the fact that he could not get a "dark segment" flung the mic on stage and left prematurely. According to the promoter, as soon as I-Octane made it…

Tastykake Treats Presents..."Santa All I Want Is A Model For Christmas" Which one would you want?

Five people were killed and several others injured as police  Tuesday appealed to persons involved in a dispute that lead to a five-storey  building being set ablaze in the volatile Laventille area, east of here, to give  themselves up.

Kardashian Has a Bun in the Oven?

Khloe Kardashian and Lamar Odom have beaten the odds and remain a happily married couple -- despite rushing to the altar after less than a month of dating.

Two years later, the couple appear to be more in love than ever, but still haven't added a new member to their family.

It's no secret that the couple wants a baby, but haven't had any luck yet. In February, Khloe…

Girl Swept Away in Tsunami Returns Home After 7 Years [VIDEO] Girl Swept Away in Tsunami Returns

A girl who was swept away in the Indian Ocean tsunami seven years ago said Friday she broke down in tears this week after tracking down her parents, who had long lost hope of finding her alive.

The 15-year-old showed up in Aceh province's hard-hit town of Meulaboh earlier this week, saying that not long after the wave hit she was "adopted" by a woman who called her…

Prince of England Taken To Hospital, could have suffered Heart Attack

Buckingham Palace said Prince Philip, 90, was taken from Sandringham, the queen's sprawling estate in rural Norfolk, to the cardiac unit at Papworth Hospital in Cambridge earlier Friday for "precautionary tests" after suffering chest…