'Man, I'm glad I got out when I did': Kim Kardashian's ex-husband Kris Humphries posts mean tweet after Bruce Jenner's transition interview - then 'sincerely' apologizes {F}

'I'm a woman': Tearful Bruce Jenner reveals he is transitioning to his 'true self' in Diane Sawyer interview which will be his last as a man {VIDEO} 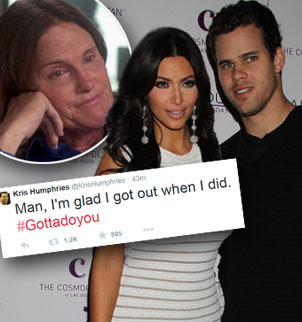 N.W.A. Gets Inducted Into The Rock and Roll Hall Of Fame

Kendrick Lamar To Induct N.W.A. Into The Rock & Roll Hall Of Fame (Video)

The four living members of the notorious rap group, Dr. Dre, Ice Cube, MC Ren, and DJ Yella, as well as, the late Eazy-E’z mother, were on hand at the Brooklyn’s Barclays Center at their induction ceremony.

The group got some support from…