One of the best Stand Up comedy is losing

Hey do you Mr. Steve Harvey he it's a Comedy and I hear he it's saying good by to Stand Up comedy tiping his crow for the lad time hear in the New York City peoples saying he is a save man now you belive in God it's all good we would still see he in movie peace to he

Bright Start For Jamaica In Olympic Track And Field

Six Jamaicans will be in action in the afternoon session of the first day of Track and Field at the 2012 London Olympics.

This morning nine Jamaican's competed in the first session.

Bogota, Colombia — Jorge Luis Alfonso Lopez (center) is escorted by police on a airport tarmac after arriving in Bogota, yesterday. Alfonso Lopez is a former mayor of Magangue and the son of a controversial businesswoman known as "La Gata', now under house arrest for her ties to paramilitary groups. Alfonso Lopez, who is facing murder charges for two men; one a journalist, the other a student, was captured on a farm near Colombia's Caribbean coast,…

Singer Etana is sharing with all her fans, supporters and well wishers that she is expecting a new addition to her family. Known for not opening up much on her personal life, Etana felt compelled to respectfully enlighten her fans by announcing she had a bun in the oven. The rumors of pregnancy have been circulating since her marriage to model/ Award Winning Actor, Andre Morris in March of 2010. Morris is… Award-winning photojournalist Daniel Botelho captured the bizarre-looking mola mola off the coast of San Diego in 2010 while on a blue whale photo-shoot, but he misplaced the image and rediscovered it only recently. While the molas, or sunfish, are tame and appear listless, they're difficult to photograph because they are deceptively fast and generally do not like when divers come near them.

You never know what you're…

Yohan Blake ... says experience will not be huge factor in 100m.

World champion Yohan Blake has dismissed experience as a key factor in the contest this weekend that will determine the fastest man on the planet. Just hours after Wiggins (inset)won a gold medal in the time trials yesterday, a 28-year-old man died in a fatal collision with an official London 2012 media bus (pictured). The driver, in his sixties, has been arrested on suspicion of causing death by dangerous driving and was last night in custody at an east London police station.

Checkout our 24/7 online radio @ http://caribbeancommunitylive.com/live with live broadcast on the weekend with DJ Blaze every Friday from 7:30pm-11pm and on Saturday from 1pm-5pm and DJ Dr Love on Saturday from 6pm-10pm, Dr Love oldies Sunday from 4pm-8pm check it out.

A Bangladeshi man who went missing 23 years ago has returned to his ancestral village and shocked his family who had long given him up for dead.

Moslemuddin Sarkar, who had been missing since 1989, returned home on yesterday with help from the International Committee of the Red Cross after spending 15 years in Pakistani jails.…

The National Hurricane center's latest report indicates that tropical depression 5 has strenthened into the fifth tropical storm of the season.

The 5 p.m. AST advisory indicates Tropical Storm Ernesto was located near 12.8 north 56.6 west or about 295 miles east of the Windward Islands and is…

[VIDEO] Female Weightlifter SQUIRTS As She Tries To LIFT THE WEIGHT!!! (Warning - GRAPHIC) 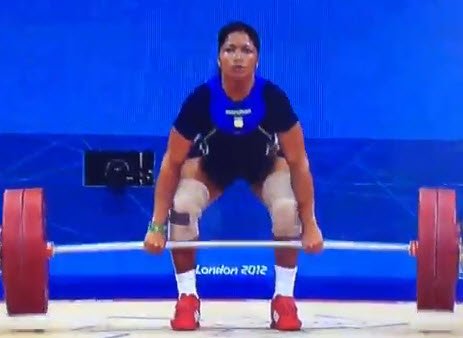 Female weightlifter Maria Alexandra Escobar Guerrero has an unfortunate ‘accident’ whilst competing at the London 2012 Olympic Games. She exerts so much energy on the lift that her VAGINAL MUSCLES go out of control . . . and she SQUIRTS!!

THE inconvenient truth of the evils of the African slave trade will not go away; no more than the horrors of the Jewish holocaust will. Maybe one day, like the Jews, we will cast off the vestiges of slavery and rise confident in our identity as a great and noble race. 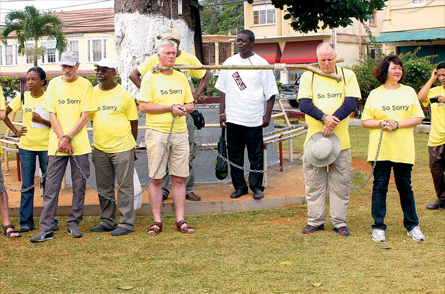 Jamaica took another step towards realising the dream last…