Visa and MasterCard are alerting banks across the U.S. about a recent major breach at a U.S.-based credit card processor that may involve more than 10 million compromised card numbers, the Krebs on Security blog reported.

The suspected cybercrime may be tied to Dominican street gangs in and around New York City, reports security researcher Brian Krebs, a former Washington Post reporter.… 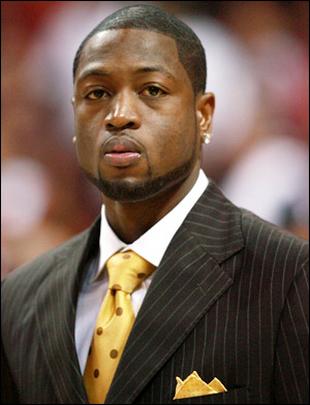 A nephew of NBA superstar Dwyane Wade was one of five people wounded in a gang-related shooting at a South Side convenience store Thursday night that also left one man dead.

Two men entered the Bishop Golden Store in the 1400 block of West 79th Street and opened fire on the people inside about 6 p.m., killing one man and wounding five others, police said. A 12-year-old girl with a rare disease has a stomach so swollen she looks like she is on the verge of giving birth. … Watch those specs! Johanna Quaas is an 86-year-old gymnastics champion but has the flexibility of a 20-year-old

At 86 Quass, of Halle, Saxony, would be forgiven for wanting to put… A Pakistani court sentenced Osama bin Laden's three widows and two of his daughters to 45 days in prison on Monday for illegally living in the country, ordering them deported when the sentence ends, their lawyer said.

With credit for time served, the women and several of their other…

Rowley called on the prime minister and the cabinet to

give data and details on this alleged massive oil find.

CASTRIES, St.Lucia --The Government of St Lucia will introduce the Value Added Tax, commonly known as VAT, on September 01, 2012, according to Prime Minister Dr. Kenny Anthony.

Anthony, who previously opposed the introduction of the tax while he was in Opposition, told a news conference Thursday, the move seeks to fulfill undertakings given to international institutions by the former…

You might have seen the hidden-camera show “What Would You Do?” before, where actors are sent to restaurants, stores, and other public places to engage in activities that would…

Kyoko Tachimoto, left, and her friend Nao enjoy the beachfront in Balandra yesterday.

A 25-year-old Japanese tourist who was shot in a Brooklyn apartment is in T&T. Kyoko Tachimoto, of Osaka Japan, who was asleep on a friend’s couch in Brooklyn was grazed by a bullet…

Rapper Nas has revealed that the late musical genius Prince, would not record with him because he did not own his masters.…
Continue 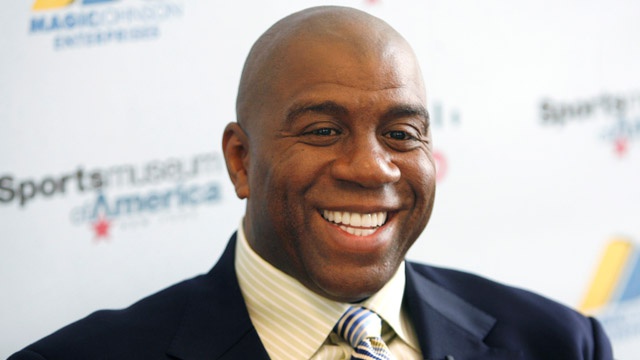 The Los Angeles Dodgers, financially bedridden by the shaky stewardship of Frank McCourt, leaped out of their hospital bed Tuesday night, and are doing cartwheels out the front door today.

The Dodgers finally are on the verge of a new owner. A magical owner. A man who can instantly restore the credibility bridge that had been…

U.S. Congressman Bobby Rush Gets kicked of the House floor for 'WEARING HOODIE' while speaking on Trayvon Martin (VIDEOS)

Congressman Bobby Rush was kicked off the floor of Congress today after wearing a hoodie during a speech about the Trayvon Martin case.

Black Life Isn’t Worth Spit: Disturbing Footage, Woman Dies In Jail After Police Drag Her From Hospital Bed And Lock Her Up To Die On Cell Floor! [Video]

Anna Brown, 29, died on the floor of a jail cell within an hour of being dragged from St. Mary’s Hospital. As blood clots spread from her legs to her lungs the hospital staff was busy refusing her further treatment. She…

The co-pilot who landed a flight while passengers held down the captain doesn't think he's a hero, his mother-in-law said Thursday.

THE People’s National Party (PNP) sent the Jamaica Labour Party (JLP) back into Opposition after scoring a crushing 41-22-seat victory in yesterday’s 16th general election that pollsters and analysts had said was mostly too close to call.

Woman Kills Herself Live On Facebook, And No One Said Anything...... Friends of a Taiwanese woman pleaded with her not to kill herself as she chatted to them live on Facebook, giving them a running commentary of her own suicide.

But not one of them alerted the authorities as… Mysterious: A South Carolina Aquarium veterinarian says that a creature that reportedly washed up on Folly Beach is a sturgeon fish

It could have been America’s answer to the Loch Ness Monster.

The corpse of a large, beady-eyed and scaly creature washed ashore on South Carolina’s Folly Beach, much…

In a bizarre turn of events, MSNBC's Lawrence O'Donnell interviewed an empty chair on his program Monday night, after scheduled guest Craig Sonner reportedly fled from an MSNBC studio in Orlando just moments before the show began.