Margo Kitsy Brodie was confirmed Monday as a Brooklyn Federal Court judge, becoming the first Afro-Caribbean-born jurist to sit in US district court.

The US Senate voted 86 to 2 to approve Brodie, who was nominated by the White House in June.

Senator Patrick Leahy, a Democrat from Vermont who chairs the Senate Judiciary Committee, noted before the vote that Brodie had…

Prince Harry Heading Back to Caribbean

He will be travelling on behalf of the Queen on this trip, according to a statement from Kensington Palace.

Breakthrough Dancehall superstar, Popcaan continues to add to his international resume as he’s reportedly landed another collaboration with a prominent American rapper.

On February 17, Popcaan released the official remix of his number one hit, Only Man She Want, which featured internationally acclaimed Jamaican-American rapper, Busta…

Analysts are predicting that the Jamaican dollar will continue to lose value against the US dollar over the next few months.

At the close of trade yesterday, the selling rate for the US dollar inched closer to the J$87.00 mark settling at $86.98.

Hours after collecting an award on behalf of his father's band, the legendary Skatalites, Okeene Brevett was shot dead in his home community of Seaview Gardens early Sunday morning. Brevett had attended the Jamaica Reggae Industry Association (JaRIA) Awards at Emancipation Park Saturday night on behalf of his father Lloyd Brevett, who is too old and frail.
…
Continue

The waning of: Black History Month 2012.

The waning of: Black History Month 2012.

Often-times I reflect on my childhood days--in Jamaica. I remember learning stories about the Maroons, who were run-away enslaved Africans who valiantly and successfully fought for freedom from slavery and colonialism in Jamaica.

I was told by my father that he was of Maroon descent. I remember one of his friends called him Cudjo a name of Ashanti or Akan (West… 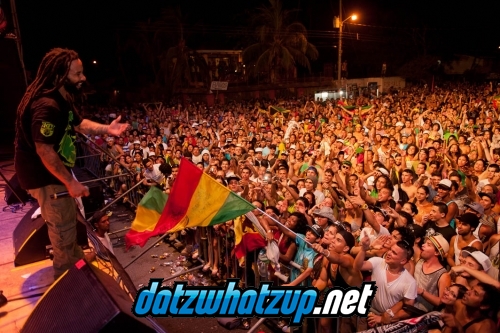 Costa Rica: The 2012 installment of "Carnival Puntarenas," the third of the three "major" festivals of the season in Puntarenas, Costa Rica, proved to be another spectacular affair for…

Who ever thought that Ron Paulwould show his face at a black church in Detroit, of all places?

Well, he did and the congregation of historically black Little Rock Baptist Church gave him four standing ovations,…

Was Billy Crystal’s Oscar Performance Racist? What Do You Think?

When talking about the film “The Help” after Octavia Spencer‘s Best Supporting Actress win, he added some humor that some folks on Twitter…

Editor of End the Lie

Guyana’s fishing industry is paving the way for that country to achieve its Millennium Development Goals of feeding its people at international standards.

Newark Liberty Airport has reopened after a United Express flight from Atlanta made an emergency landing, forcing an hour-long shutdown.

There were no reports of injuries among the 71 people aboard.

was born in Grenada and raised in Trinidad

LOS ANGELES, California, Feb. 26, CMC – A Los Angeles judge has ruled that Michael Jackson’s Grenadian-born doctor must remain in prison while he appeals his manslaughter conviction in the American pop icon’s…

Cornell Francis, 28, of a Westmoreland address was fined $70,000 or nine months imprisonment for larceny of a goat.
Barrington Holmes, a farmer, and owner of the goat, testified that on October 20, last year, he received information which led him to go on a search for his 33 goats.Holmes stated that he saw his black goat in the trunk of a…
Continue 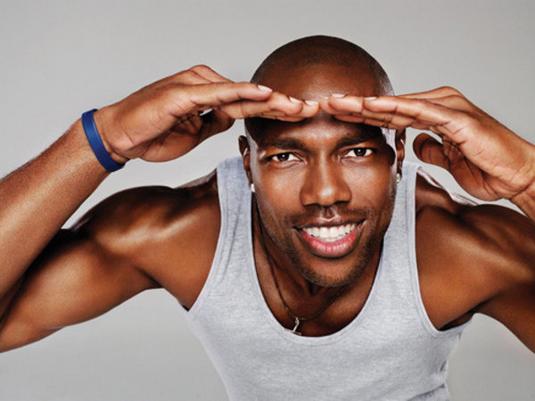 Just because football star Terrell Owens has earned $80 million over the course of his career doesn't mean he's immune to foreclosure.

Owens, the star wide-receiver notorious for his off-field antics, is facing foreclosure on two of his Dallas condominiums, according to RealtyTrac, a real estate site that tracks foreclosure…

A student gunman opened fire with a handgun in the cafeteria of a high school near Cleveland on Monday, fatally wounding one boy and injuring three other boys and one girl before he was chased from the building by a teacher and gave himself up, police said.

The injured students were rushed to area hospitals where a boy identified as Daniel Parmentor, 17, died at MetroHealth System in Cleveland. Parmentor, a high school junior, went to a nearby vocational school where…

A young man believed to be in his early twenties, was stabbed at the close of Carnival Tuesday's Parade of Bands at Queens Park Savannah.

The victim was seen staggering across the stage bleeding from a wound to his neck and a blow to his head. He was taken to the ICU at the Port of Spain General Hospital.
According to hospital sources, he was treated and…
Continue