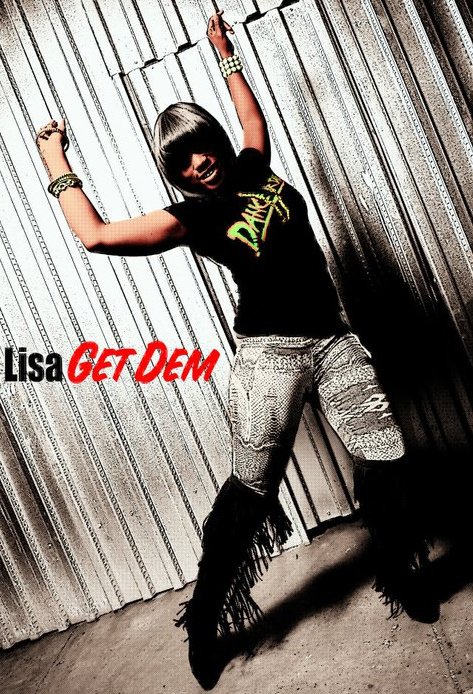 LISA GET DEM has not received any gifts yet

In what Country were you born
JAMAICA

Lisa has been involved in over 300 shows as a dancer around the UnitedStates. She has choreographed for dancehall sensation Elephant Man in2007 at the NYC Jamboree Reggae Festival, Wyclef Jean in 2008 at HOT 97on the Reggae Tip NYC Tour, and Serani in 2009 at Metro PCS NJ/NY/CTTour. She privately choreographed for Geisha, Wyclef artist, and alsoperformed for her in 2008. Lisa competed against the best and wascrowned 'Bronx's Best Female Dancer' in 2008, 2009 and 2010 at the BronxGrammy Awards.

As an inspired Choreographer, Lisa wanted to dosomething a little more different. In 2009, Lisa decided to take a newangle and entered the modeling industry. Since then her career has beentaking off in a whole new direction. She has done numerous photo shoots,fashion shows, and guest appearances. She has worked with numerousphotographers such as Ace Photography, Drewgetsitin, IRS designs,Dancehall Connect, Geisha photography, Jaysun Photography and many more.She has made remarkable appearances such as at the 2010 NFL Draftparty, which was featured on TMZ, DIDS Fashion Show, The So We Rock ItTour, IRWAMA Reggae Awards, West Indian Reggae Awards, Ms TropicalParadise Pageant and many more.