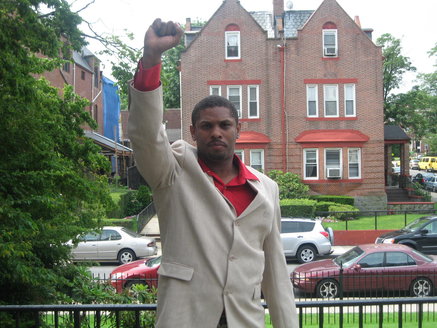 GGGIAN1 has not received any gifts yet

There are some things parents have grown to expect from their children's school experience. They will learn stuff. They will make friends. They will be encouraged to participate in extracurricular activities. One thing we don't ever in our

wildest nightmares expect: a child to be stabbed in the neck with a pencil and school administrators do absolutely

nothing about it. Correction: They did do one thing. They called…

THIS IS SOMETHING THAT I HAVE NEVER SEEN BEFORE.

aggressive use of stop-and-frisk practices, reached a deal with a civil liberties group on Thursday to end the long legal

with one of its players. Dell and third baseman Will Middlebrooks publicly outed themselves…

yes dread big up yourself eenuh me just see the request yeah man me would a appreciate the strength ... give me 2 days to forward soem music to the i seen... blessed love my number is 617 717 9669

Angry Gina I am waiting for your response

Many years ago I took a trip to "Charles Town" it looks and feel like Bridgetown, Barbados . The thing that people do not realize is that most of the building were build by the African Artisans under duress and the structures are still standing !

The first ship from Barbados to Charles Town was named the Carolina a 220 tonne fregget with our Kidnapped African Family!

Thats a good question I will try to get the answer for I know that the ships departed from  in Speightstown  Saint Peter. I've visited old Charleston,South Carolina,the streets are laid out just like Bridgetown. From what I learned is that Barbados was part of the triangle route and the "Kid napped Victims"were transship to the other colonies (13 colonies)  on various ships.