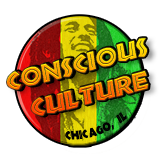 DARCY A.K.A. "MADHATTER" has not received any gifts yet

In what Country were you born
USA (TERRITORY)

FOR ALL INQUERIES LINK ME
echominottbookings@gmail.com


Echo Minott was born Noel Phillips in 1963 and grew up in the Maverley area of Kingston, Jamaica. He started singing from an early age, appearing in local talent contests and school concerts. His first break came in 1980 when he recorded the album “Youthman Vibration” for legendary producer Prince Jammy, at the age of 17 years. This album wasn’t released in Jamaica and appeared on the Starlight label based in…